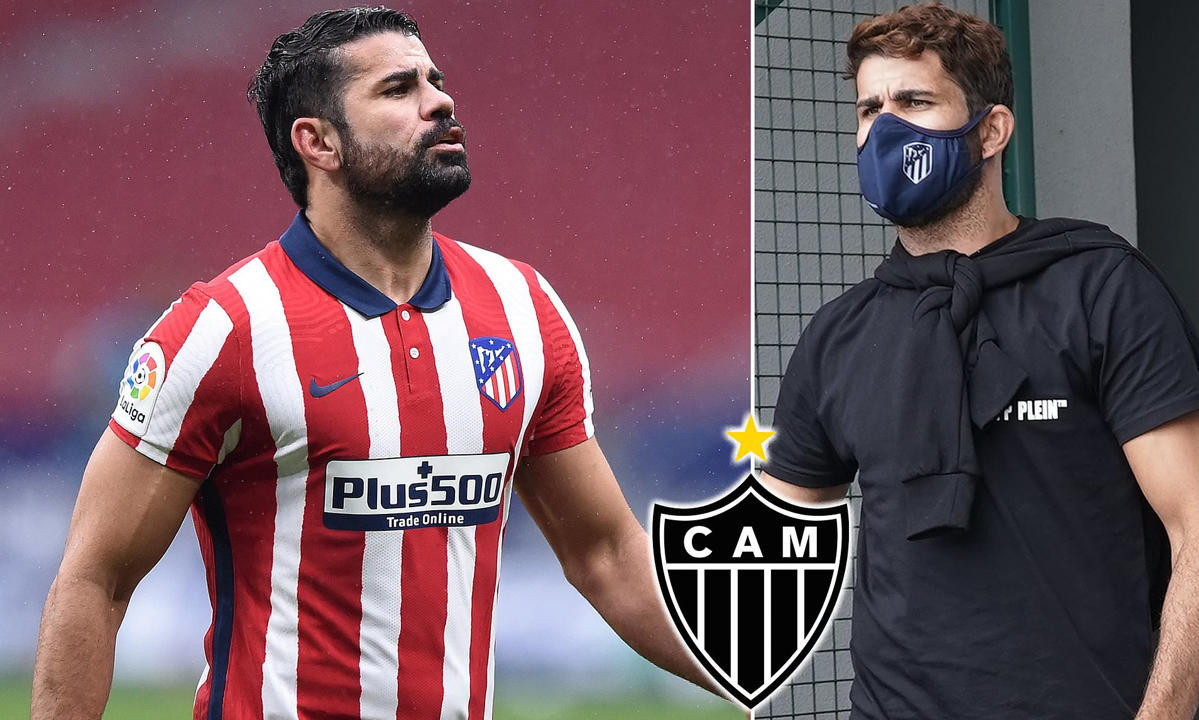 Diego Costa has verbally agreed to a one-year deal worth $3million (£2.16m) with Brazilian side Atletico Mineiro, according to reports.

The deal would see the former Spain International return to football for the first time since he abruptly left Atletico Madrid last December.

The £2.16m deal is significantly less than he originally wanted but could be boosted by bonuses linked to advancement in domestic and continental competitions, according to Goal.

The striker is expected to sign the contract after undergoing a medical in Belo Horizonte in the coming days.

Costa ordered Atletico Madrid bosses to tear up his contract in December, citing personal reasons for his sudden exit despite six months remaining at his contract.

The 32-year-old had made it clear he had no intention of signing a contract extension with the Spanish side and had been excused from training.

Costa rejoined Atletico Madrid in 2018 from Chelsea and managed 19 goals in 81 games in his latest spell. He left with an overall record of 83 goals in 215 appearances for the Spanish side, winning LaLiga, the Copa del Rey and Europa League.