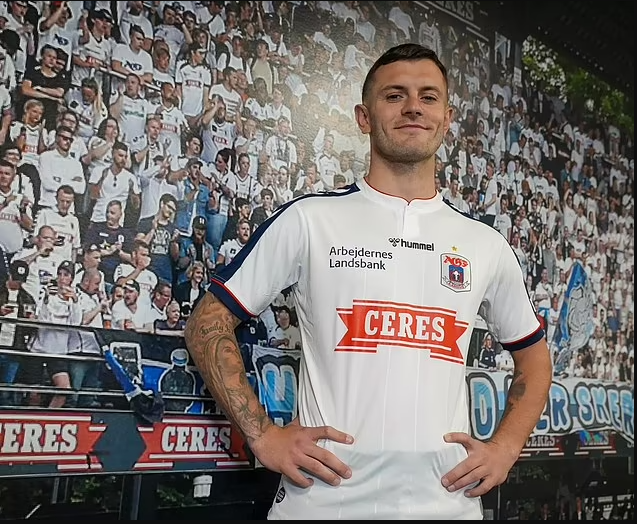 Former Arsenal star, Jack Wilshere has joined Danish club Aarhus on a deal until the end of the season after 9-months hunt for a new club

The ex-England midfielder has spent the season training with Arsenal on a non-contract basis. But he has now agreed on a deal to join top-flight Danish club Aarhus until the summer with the option to extend.

Aarhus announced the deal by releasing a video of their football director Stig Inge Bjornebye watching a clip of Wilshere’s famous goal against Norwich in 2013.

The man himself then appears, saying: ‘Signing.’ He’ll wear the No 10 at his new club.

‘I am at a point in my career where I need to get started again after a difficult period,’ Wilshere told the official Aarhus website.

‘I am very grateful for the opportunity AGF has offered me and I will do everything I can to help the team move forward. I am very much looking forward to contributing to the team.’

Aarhus sports director Bjornebye, the former Liverpool and Norway defender, said: ‘He (Wilshere) is in good physical shape, but of course lacks some match fitness.

‘It will probably come, and we look forward to seeing him in the white jersey.’

According to The Sun, Wilshere will earn £5,000 a week before bonuses at his new home, meaning that he does not top their wage table.

Their top earner is said to be defender Frederik Tinganger, who banks around £6,7000-per-week.