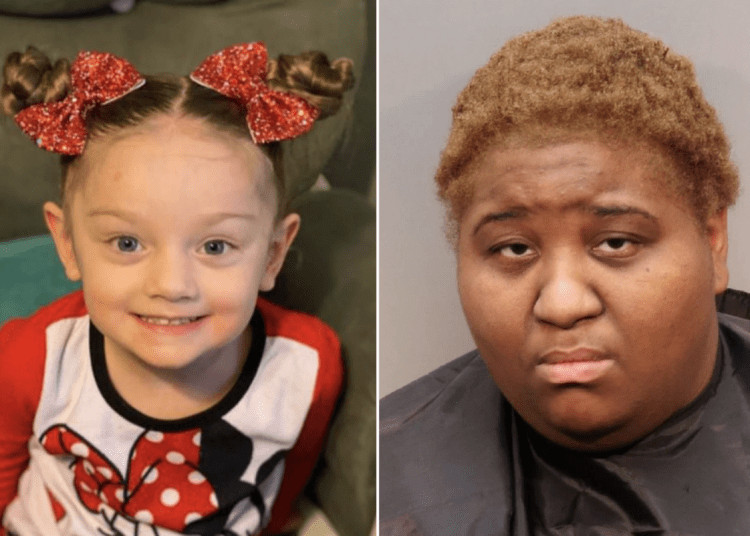 A former contestant and winner of Food Network’s Worst Cooks in America, Ariel Robinson has been found guilty of homicide by child abuse for beating her 3-year-old foster daughter to death.

The verdict came at the close of a four-day trial that ended with Robinson taking the stand and testifying.

Robinson, 30, was sentenced on Thursday May 12 to life in prison. Letitia Verdin was the judge in the case.

Robinson’s foster daughter, Victoria Rose Smith died on Jan. 14, 2021 at the age of 3. An autopsy revealed the child died due to blunt force injuries and internal bleeding. The food network star was charged with homicide by child abuse just days after Victoria Rose’s death.

Robinson’s husband Jerry was also charged but pleaded guilty to homicide by child abuse. According to a police report, he claimed that he witnessed his wife lose her temper and beat the child on several occasions without interfering, though he said he didn’t agree with her punishment methods.

Jerry was the one who made the 911 call in the case, but lied to operators and paramedics about what happened to the child.

As for what happened the day the incident occurred, Jerry said his wife allegedly beat the girl after getting frustrated with her earlier in the night. “By the time I walked inside, it was as if nothing was going on,” he reportedly said. As for what triggered the beating, he claimed Victoria had thrown up on herself the previous day while the family was on their way to church.

Video footage shown during the trial showed that Victoria left the church the day she threw up in just undergarments. He says his wife became even more frustrated when she alleged the 3-year-old wouldn’t eat her pancakes fast enough the following morning.

The couple was in the process of adopting the little girl and her brothers and, according to authorities, the hearing to finalize the adoption was scheduled for just days after she was killed.

Robinson’s family was seen leaving the courtroom in tears. A loud wail was also heard from one of the family members. Victoria’s biological family was present during the sentencing and spoke, saying the verdict was the justice they were looking for. The prosecution showed a photo of Victoria and her biological siblings during the trial.

During the trial, autopsy images and body camera footage from the day in question were shown. “We’re just here as representation for Victoria. She was loved,” one prosecutor said. Robinson reportedly took no responsibility for the crime.

Airel, a former teacher, won $25,000 upon winning the Food Network competition, which pits amateur cooks against each other in a series of cooking challenges overseen by celebrity chefs.

Episodes of her season are no longer available to stream on Food Network’s online platforms, including Discovery+, Hulu and YouTube.

Po River – The Longest River in Italy – Dries Up

Po River – The Longest River in Italy – Dries Up