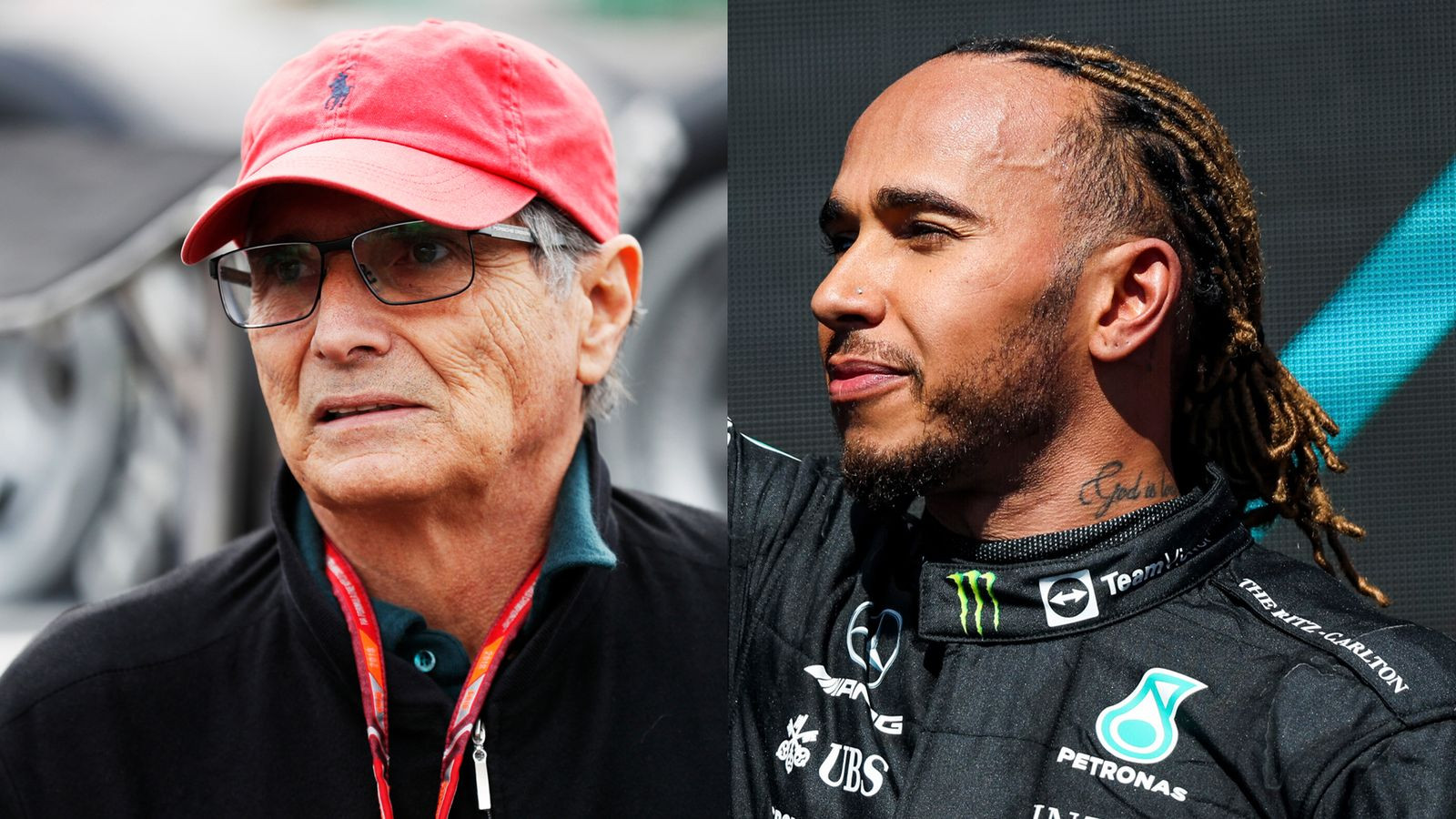 Seven-time formula one world champion, Lewis Hamilton has spoken out for the first time after shocking footage appeared to show three-time F1 world champion Nelson Piquet using a racial slur when describing his clash with Max Verstappen at Silverstone in 2021.

Piquet twice used a racially offensive expression in Portuguese when referring to Hamilton during a Brazilian podcast last November.

The 69-year-old was discussing the collision between Hamilton and Max Verstappen during the 2021 British GP, with the comments resurfacing on social media ahead of the first anniversary of the crash.

“The (neguinho) put the car in the wrong way on the corner, it’s because you don’t know the curve,” he said. “It’s a very high curve, there is no way to pass two cars and there’s no way you can put the car aside. He did [Verstappen] dirty. His luck was that only the other one was gone.”

The Brazilian has been widely condemned by the F1 community for using the term ‘neguinho’ while discussing Hamilton, who is an avid campaigner for racial equality.

Hamilton took to social media on Tuesday afternoon June 28, to address the issue. He broke the silence by quoting a Tweet which read: “What if Lewis Hamilton just tweeted, ‘Who the f*** is Nelson Piquet?’ then closed Twitter,” to which he responded: “Imagine.”

The Mercedes star then released a targeted message in Portuguese, Piquet’s native language, which translated as: “Let’s focus on changing the mindset,” and then a lengthier follow-up: “It’s more than language. These are archaic mindsets need to change and have no place in our sport. I’ve been surrounded by these attitudes and targeted my whole life. There has been plenty of time to learn. Time has come for action.” 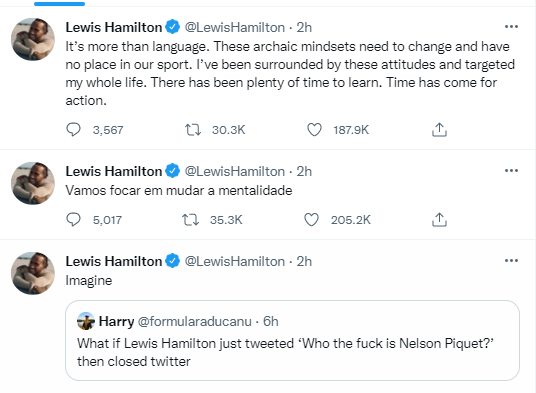