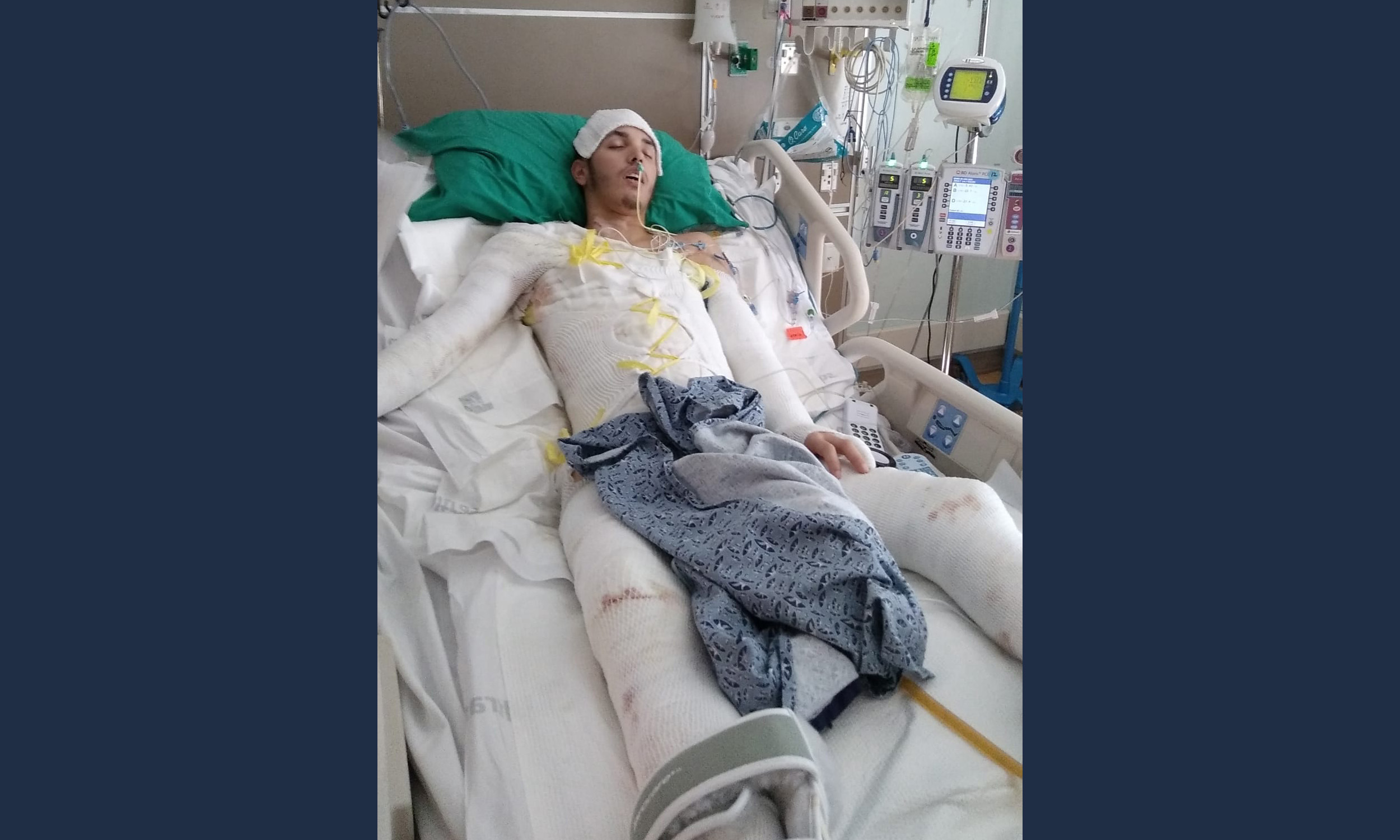 Lawyers for a Florida man say he continues to fight for his life after he was “cooked alive” earlier this year, when a sheriff’s deputy allegedly shot him with a stun gun while the man was covered in gasoline from having fueled his dirt bike.

Jean Barreto, 26, suffered third-degree burns on 75 percent of his body during a Feb. 27 incident at a Wawa gas station in Orlando, according to a Wednesday statement from the NeJame Law group.

A deputy with the Osceola County Sheriff’s Office allegedly tackled Barreto from behind, knocking him and his dirt bike to the ground and spilling gas, the statement said.

At least three other deputies then appeared, Barreto’s attorneys said, one of whom used a stun gun on Barreto.

Deploying the weapon engulfed “almost his entire body in flames and approximately half of the other deputy’s as well,” the lawyers said.

“This fireball, caused by the reckless, foolish, unnecessary” use of the stun gun, the statement said, led to “the horrific explosion, engulfing the two of them and injuring 2 other deputies with minor burns.”

The sheriff’s office did not respond to a request for comment Wednesday.

NBC affiliate WESH of Orlando reported the sheriff’s office said in February the incident started when people called 911 on a group of motorcyclists who were pointing guns at people.

Barreto allegedly fled from an attempted traffic stop, but deputies said they later found him at the Wawa in Orange County, according to WESH.

The sheriff’s office plans to hold a news conference about the incident on Thursday, the news outlet reported.

Lawyers for Barreto provided NBC News with a report on the incident from the Florida Department of Financial Services Bureau of Fire, Arson & Explosive Investigations.

Video captured the moment Barreto became engulfed in flames while he and a deputy struggled on the ground, according to the report.

“Gasoline is pooling underneath them, soaking their clothing,” the report said. “At one point during the video, you can hear the Taser device cycle, then immediately see a flash … then watch the fire travel from underneath the Deputies to everyone involved and back to the (dirt bike).”

In the statement, Barreto’s lawyers said he was not armed, has no criminal record, and was followed 5 miles out of Osceola County into Orange County, where he stopped to fill up about a mile from his home.

Baretto continues to have painful medical treatments and is in dire shape, his lawyers said.

“Mr. Barreto is still undergoing potentially life saving but excruciating … treatment,” the statement said. “He is without skin on most of his body, his skin having been burned off. He undergoes procedures that require his dead skin to be routinely peeled off of his body.”

“Mr. Barreto will again be placed in a medically induced coma over the next couple of days,” the statement said.

Barreto’s lawyers also allege the sheriff’s office has not turned over body camera footage and deputy reports and are asking the Florida Department of Law Enforcement to take over the investigation and the U.S. Department of Justice to intervene. NBC News was unable to reach either organization for comment.