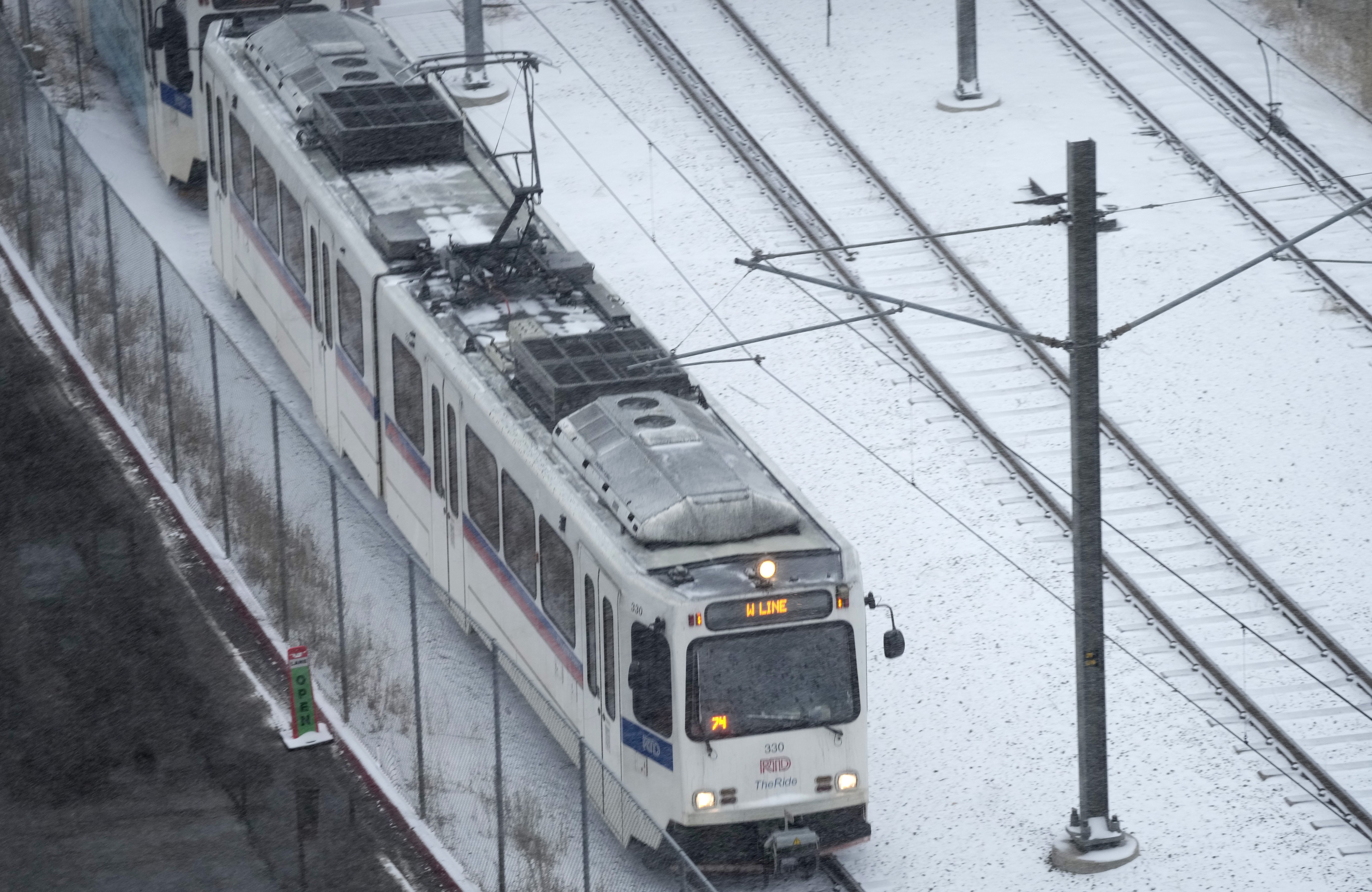 Airlines have cancelled hundreds of flights for Wednesday as states across the country brace for a major winter storm expected to bring heavy snow, freezing rain and further travel chaos on the roads.

Around 90 million people were placed under winter weather alerts over the storm, with the system expected to impact communities from New Mexico to Vermont, spanning more than 2,000 miles.

Nearly 1,300 flights within, into and out of the United States were cancelled for Wednesday as of around 3:30 a.m., according to flight tracker FlightAware.

A number of airlines, including American, United and Delta Air Lines have issued waivers allowing certain travelers who may be affected by the storm to rebook their trips at no extra cost.

The storm system has been slow-moving, making its way from the east in the Rockies to the Interstate 95 corridor and New England through to Friday. It’s expected to impact much of the central and northeastern U.S. through Thursday morning, prompting winter weather warnings and school closures.

“This winter storm will bring a variety of winter weather hazards, including heavy snow, sleet, and freezing rain,” the National Weather Service said in a Wednesday update.

According to the weather service, the storm system is expected to be “prolonged with several rounds of winter weather lasting through Thursday for portions of the central U.S. before shifting to the interior Northeast.”

Heavy snow is expected over the Southern Rockies and from the Southern/Central Plains, as well as in the Middle Mississippi Valley through the Great Lakes/Ohio Valley and Interior Northeast, the weather service said.

A corridor of heavy ice accumulation is also considered likely from Texas through the Ohio River Valley.

“We are most concerned about the icing potential which is the worst to drive on and can cause power outages and tree breakage,” the National Weather Service in Forth Worth warned Tuesday evening. “But there’s still uncertainty in the forecast. If it gets colder faster than expected, this would result in less ice and more sleet/snow,” it said.

The weather service warned that for many areas affected by the storm, the combination of snow and ice “may cause hazardous road conditions.”

In anticipation of the storm, the governors of Oklahoma and Missouri have declared states of emergency, while Illinois’ governor has issued a disaster declaration.

Texas Gov. Greg Abbott also warned residents on Tuesday of potential power outages and impacts to travel on roadways, around a year after a winter freeze saw the state suffer severe power losses.

“There will be thousands upon thousands of miles of roads that will be extraordinarily dangerous,” Abbott warned. “Over the coming few days, the roadways could become very treacherous.”

In a separate tweet, he said officials in Texas were “working around the clock to respond to the winter storm” as he urged residents to stay vigilant and follow official guidance.