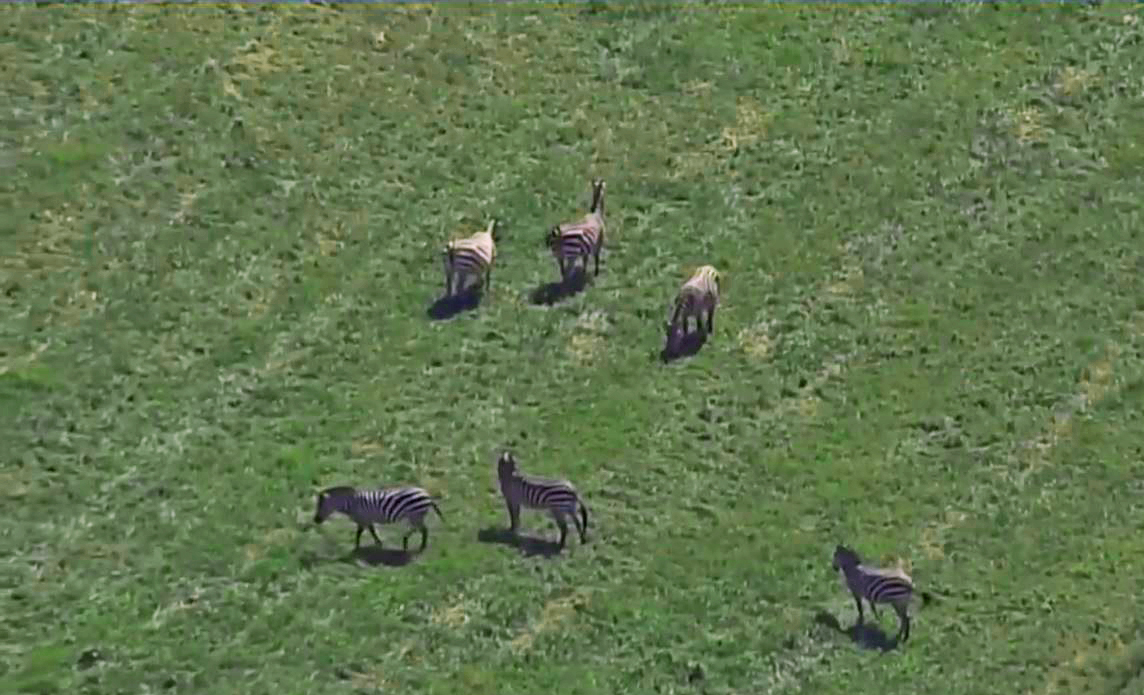 Five gallivanting zebras that escaped from a private farm have been turning heads as they wander through a Maryland town.

Three of the exotic animals were first reported to authorities on Aug. 31 after they were spotted in a wooded area of Upper Marlboro, about 20 miles from the nation’s capital, said Rodney Taylor, chief of Prince George’s County Animal Services Division.

“Zebras running loose in Prince George’s County is something we’ve never seen, that’s for sure,” he said. “There’s a buzz. A lot of people are talking about it.”

Taylor said Friday the animals appear to be traversing through the woods between two farms.

The zebras escaped from a 300-acre farm owned by Jerry Holly, Taylor said. Holly, who could not be immediately reached for comment Friday, is legally licensed by the U.S. Department of Agriculture to keep 39 zebras. The animals were brought to the farm shortly before they escaped, Taylor said.

The USDA did not respond to requests for comment.

Taylor said he met with the farm’s caretaker, who had not figured out how the animals escaped. Holly either owns or once owned the Shiloh Zoo & Park in Micanopy, Florida, according to public records.

Paul Curling said his 10-year-old daughter, Layla, was amazed when she looked out the kitchen window last week and saw zebras roaming about.

“She did a double take,” Curling said. “She was shocked and went upstairs and told my wife. My wife didn’t believe her.”

The family then went upstairs for a better view and saw the animals from a bedroom window. Curling’s adult daughter shot video.

NBC Washington posted some of the footage, showing a Zebra walking along railroad tracks near Curling’s backyard.

“I thought it was a deer for a second, and then I saw it was a zebra,” Layla told the TV station. “The whole zebra, right next to our playground outside the fence.”

Curling said they often see deer, foxes and raccoons in the is backyard. But nothing like this.

“We’ve all been pretty much looking and glancing around ever since to see if they possibly make a reappearance,” he said.

The farm’s caretaker has set up a feeding station in the woods with cameras mounted on trees where the zebras have been congregating, Taylor said. The caretaker plans to slowly corral them so they don’t get spooked and have them safely back at the farm by next week.