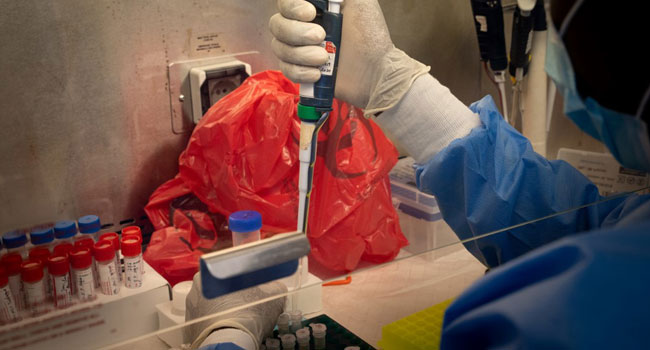 An Italian hospital said on Monday it had inoculated a first volunteer with an anti-COVID-19 vaccine as part of human trials expected to last six months.

The woman, in her 50s, received the first dose developed by Rome-based biotech company ReiThera at the capital’s Spallanzani Institute for infectious diseases.

The trials, developed between ReiThera and Spallanzani researchers, will be carried out on 90 volunteers divided into groups by age to test the efficacy of different dosages of the vaccine, developed since March.

If the first results of Phase 1 of the human trials prove positive, researchers say they will be able to proceed to phases 2 and 3 by the end of the year, on a larger number of volunteers even outside of Italy.

The vaccine has already passed pre-clinical tests on animal models.

“It will take at least 24 weeks to complete phase I human trials of the vaccine,” said Giuseppe Ippolito, the institute’s scientific director.

Countries are racing to develop their own vaccines against the coronavirus pandemic, which has killed over 800,000 people around the globe.

“Having an Italian vaccine means not being slaves and servants of other countries that will say ‘Me first’,” said Ippolito, who said he hoped the vaccine would be ready for use by spring 2021.