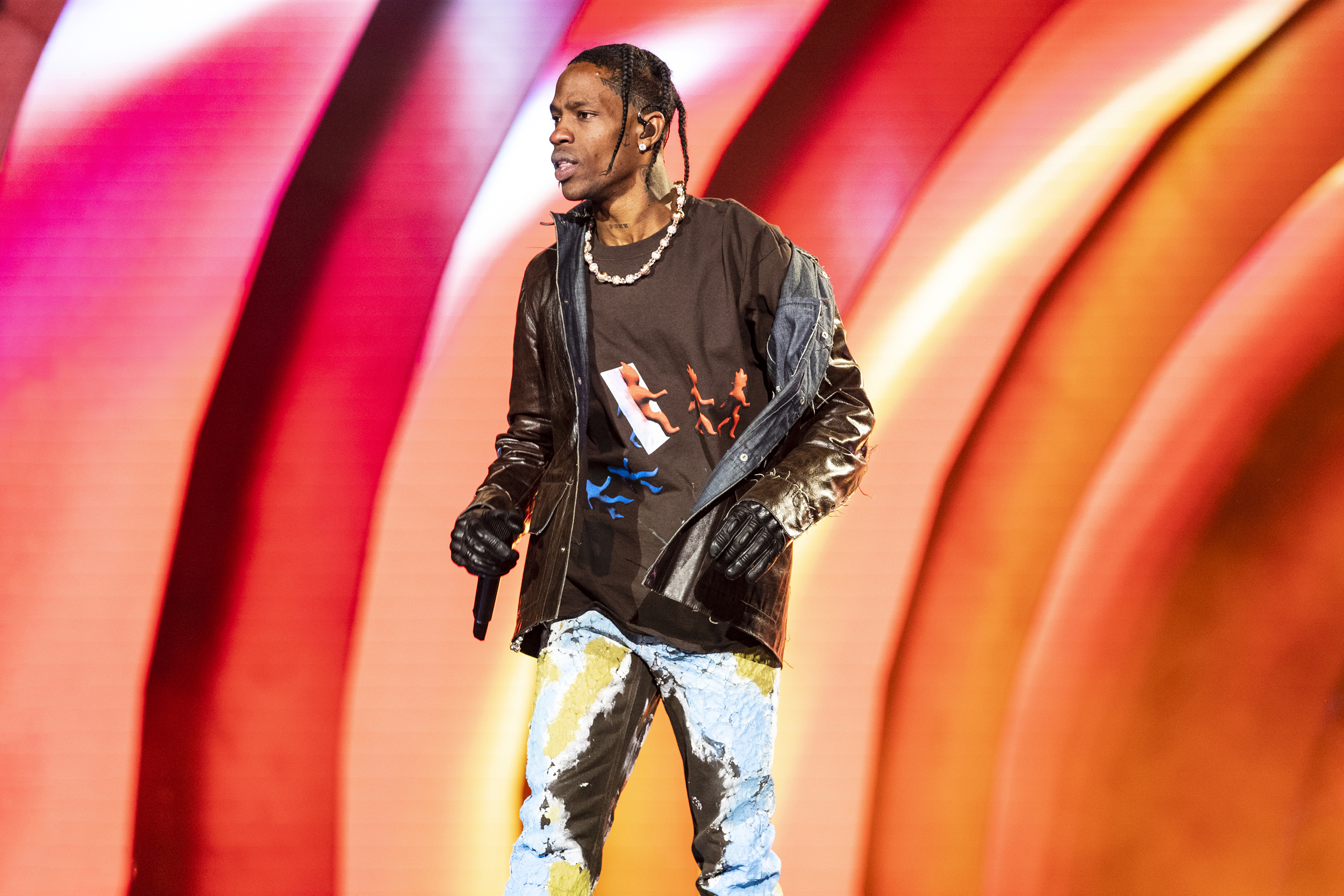 The first lawsuits against Travis Scott and the organizers of Astroworld were filed over the weekend after eight people died and dozens were injured following a crowd surge.

“We are sickened by the devastating tragedy that took place on Friday night. Travis Scott has a history of inciting violence and creating dangerous conditions for concertgoers,” attorneys from Kherkher Garcia LLP said in a statement.

The Houston personal injury firm is representing Manuel Souza, who “suffered serious bodily injuries when the uncontrolled crowd at the concert knocked him to the ground and trampled him,” according to his suit.

“So many people were hurt, and so few emergency personnel were provided by defendants, that patrons themselves had to conduct CPR on their fellow concertgoers,” the suit alleges. “Yet defendants made the conscious decision to let the show go on, despite the extreme risk of harm to concertgoers that was escalating by the moment.”

Kylie Jenner, who is pregnant with her second child with Scott, came under fire shortly after the concert for posting images of the show, in which an ambulance can be seen. Many on social media criticized Scott for not stopping the show as the tragedy unfolded.

Jenner appeared to address the backlash in a statement, saying she and Scott were unaware of what was happening in the crowd until after the show.

“I want to make it clear we weren’t aware of any fatalities until the news came out after the show and in no world would have continued filming or performing,” she wrote early Sunday on Instagram.

The chaos at the Houston festival unfolded Friday shortly after 9 p.m. when the massive crowd “began to compress toward the front of the stage,” officials have said.

Houston Police Chief Troy Finner said Saturday afternoon that a few people started “going down” at 9:30 p.m. He said officials informed producers of what was happening, and the show ended at about 10:10 p.m.

The department is conducting a criminal investigation, with the involvement of the homicide and narcotics divisions, Finner added.

Of the eight people who were killed, two were teenagers. Twenty-five people were taken to nearby hospitals and more than 300 people were also treated throughout the event Friday at an on-site field hospital, officials said.

Souza’s lawsuit said that “Scott actively encourages his fans to ‘rage’ at his concerts. His express encouragement of violence has previously resulted in serious violence at numerous past concerts.”

In 2017, Scott was arrested after he encouraged fans to bypass security and rush the stage — which he often does — leaving a security guard, a police officer and several others injured during a concert in Arkansas. Scott pleaded guilty to disorderly conduct and had to pay more than $6,000 to two people injured at the show, according to The Los Angeles Times.

In a separate incident, he was sentenced to one year of court supervision after pleading guilty to reckless conduct charges stemming from a 2015 incident in Chicago at the Lollapalooza music festival.

Scott launched the Astroworld festival in 2018 in his hometown of Houston as an annual event. The festival made its return Friday after a hiatus in 2020 because of the Covid-19 pandemic.

“I want to send out prayers to the ones that was lost last night. We’re actually working right now to identify their families so we can help assist them through this tough time.”

A second lawsuit filed against Scott, organizers of the festival and rapper Drake on behalf of Kristian Paredes also accused Scott of inciting “mayhem and chaos at prior events.”

The suit said Drake was performing with Scott when the crowd started to get out of control Friday. But Drake “continued to perform on stage while the crowd mayhem continued,” the suit said.

“Live musical performances are meant to inspire catharsis, not tragedy,” Texas attorney Thomas J. Henry said in a statement accompanying the suit. “Many of these concert-goers were looking forward to this event for months, and they deserved a safe environment in which to have fun and enjoy the evening. Instead, their night was one of fear, injury, and death.”

The defendants listed in the suits, including Scott and entertainment company Live Nation, did not comment. Reps for Drake declined to comment in an email to NBC News regarding allegations in Paredes’ lawsuit.

Tragedies like the one at the Astroworld festival are not new. In 1979, 11 people died in a scramble to enter a Cincinnati concert by The Who. At a soccer stadium in England, a human crush in 1989 led to nearly 100 deaths. In 2015, a collision of two crowds at the hajj pilgrimage in Saudi Arabia caused more than 2,400 deaths, based on an Associated Press count of media reports and officials’ comments.