Precious Chikwendu, the estranged wife of the former Minister of Aviation, Femi Fani-Kayode, has alleged the maltreatment of their four children by the ministers’ girlfriends.

Precious made the allegations in an Abuja court while a detailed court document sighted by Newspot confirmed the claims.

She alleged that her children; Aragon, 5-years-old, and three-year-old twins, Liam, Ragnar and Aiden have constantly been exposed to different levels of indecency through their contact with Fani-Kayode’s women in “very awkward and uncompromising positions”.

The claims were contained in a response to the former minister who had appealed against a previous court judgement on the grounds that the court lacks jurisdiction and was invalidated by the operation of the law, non-service of originating summons and lack of fair hearing.

In that appeal, the former minister had prayed the court to dismiss the matter and/or permit the case file to be returned to the chief judge of the Federal High Court of the Federal Capital Territory.

But the court had ruled that Fani-Kayode be served the notices and advised that custody proceedings commence forthwith.

However, Fani-Kayode’s ex-wife, Precious in a response to the appeal, alleged that the former minister had frequently denied her access to their children using security officials and protocol officers attached to him since August 2, 2020.

The court document seen by Newspot indicated that the incident happened after the respondent (Precious) took a walk around the house and upon her return has since been denied access to the former minister’s residence or their kids.

She also alleged that the former minister was unfit to take care of their four children, claiming that Fani-Kayode was taken to globetrotting leaving the children at the mercy of various women and nannies.

Precious in the document said, “I worry about my children’s education status as my first son was stopped from going to school since August 2020, and the triplets who are due for school are not in school or given education access.

“That as a young mother, I have been traumatised and physically assaulted by the appellant who is all out in a bid to forcefully take away the children from me and further delay this appeal. Annexed as Exhibit C1 and C2.

“That there is a need that I preserve my right and interest and that of my children who are minors.”

She claimed that if there is further delay in granting her application, the former minister may take the children away from the courts authority.

“He may make good his threat of relocating my four children out of the jurisdiction of this Honourable Court and/or out of Nigeria to a location in which I will be denied a chance of ever seeing them again,” she alleged. 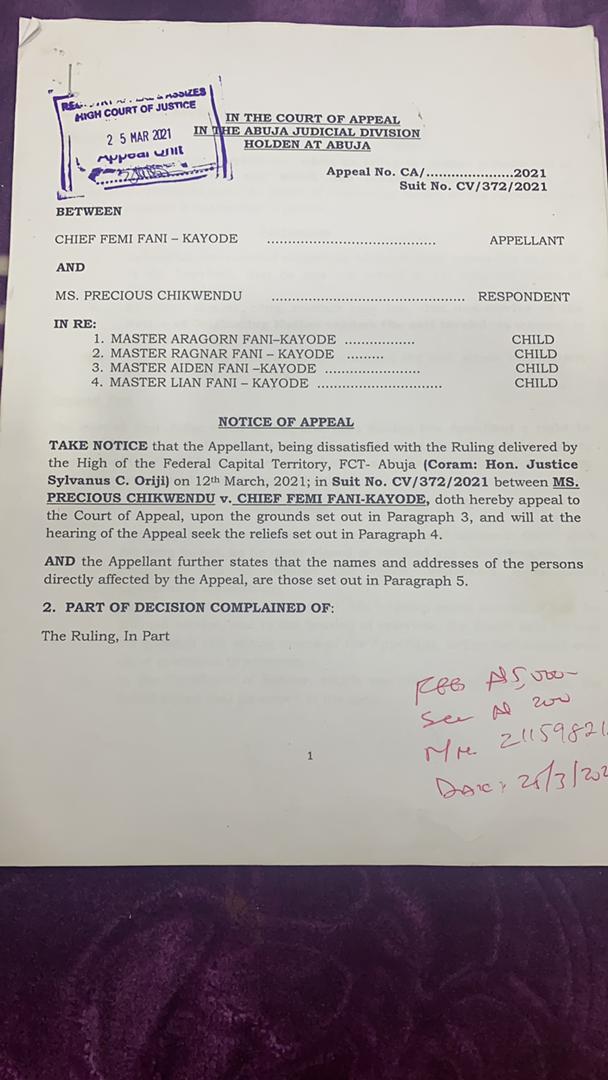 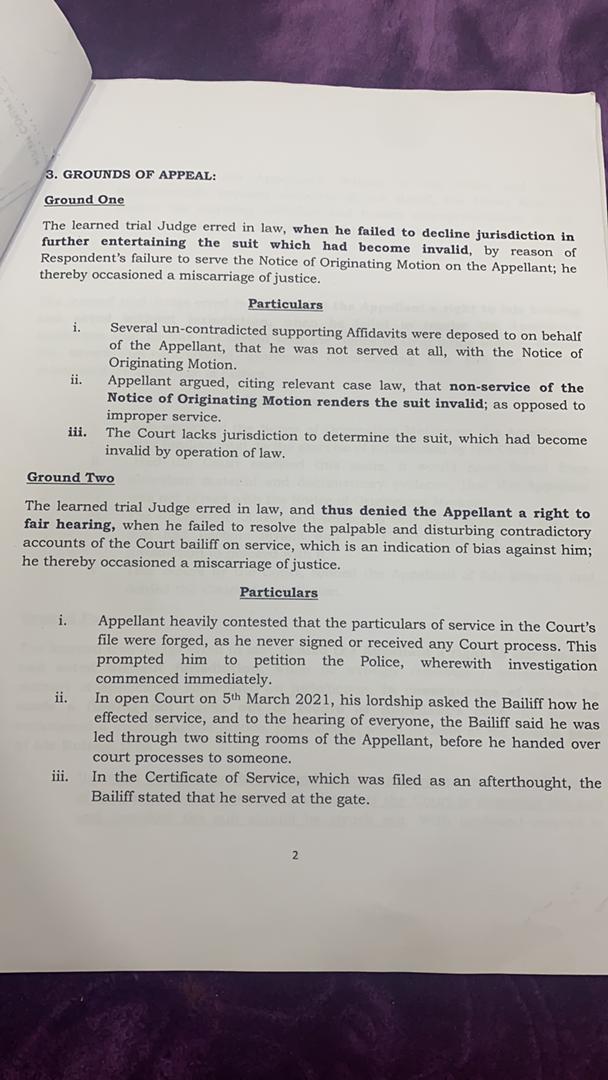 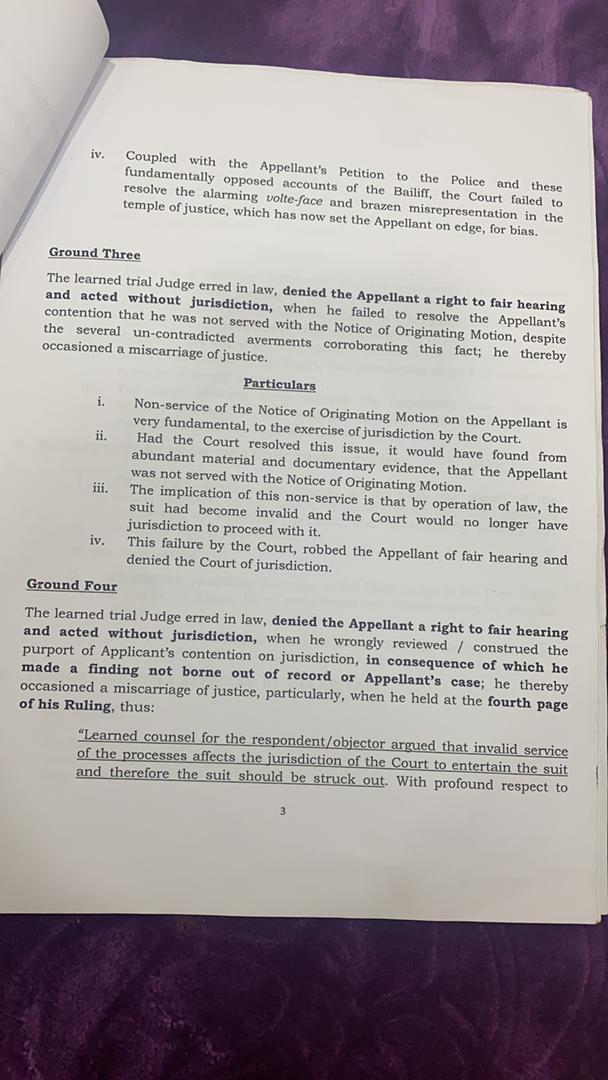 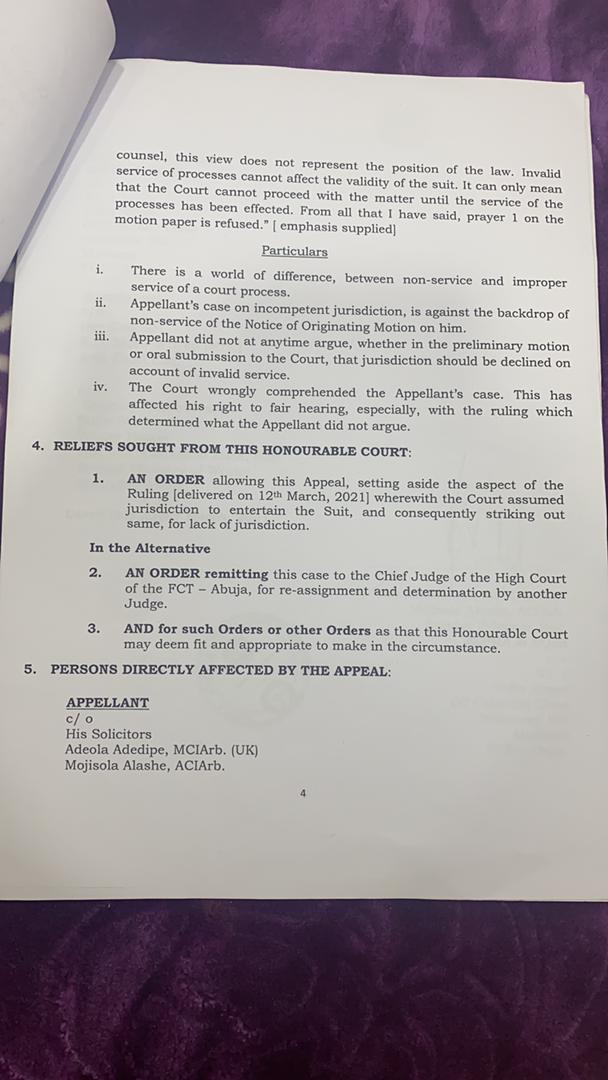 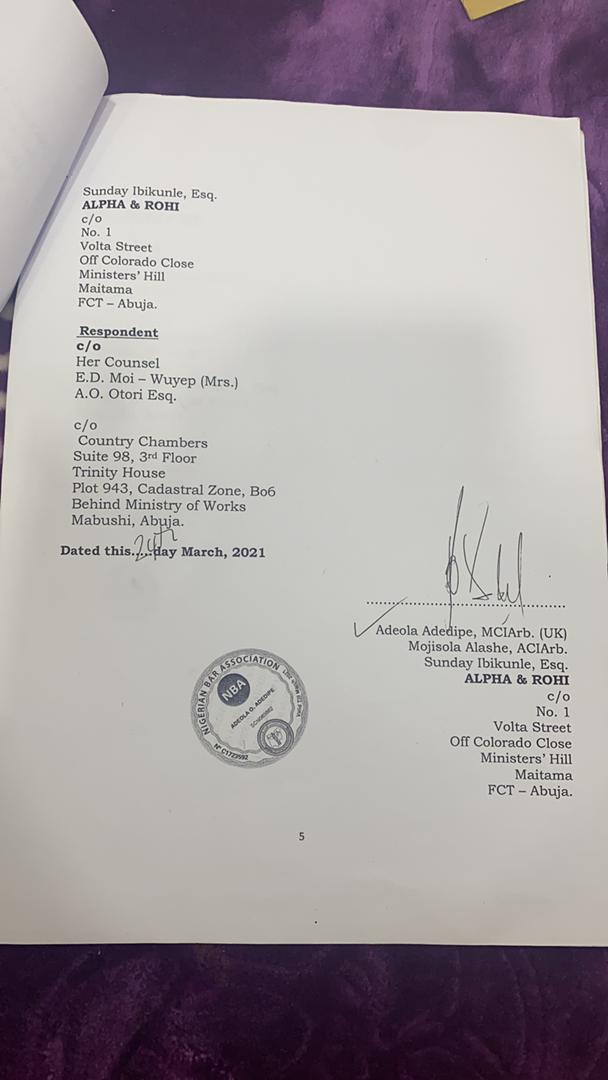