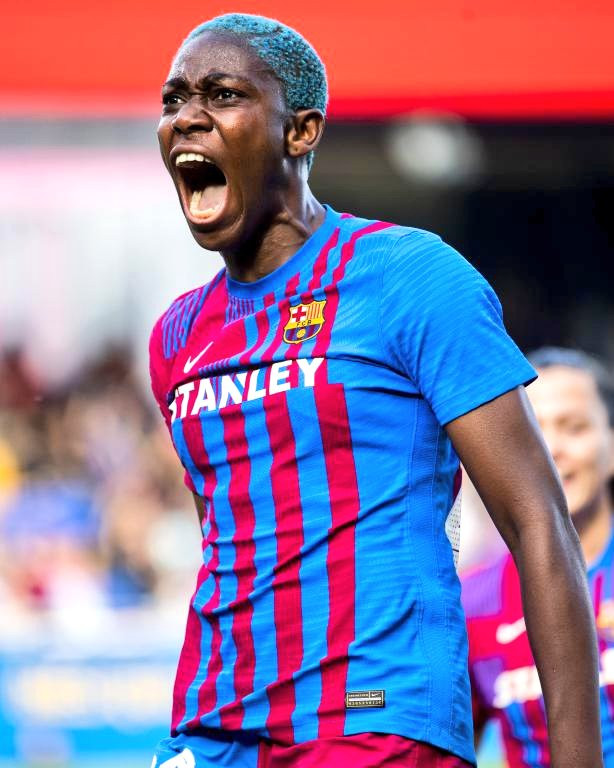 Oshoala ended the season with 20 goals and three assists in 19 games despite a three month injury-induced layoff.

She had some tight competition before clinching the award.

Geyse Ferreira of Real Madrid scored 20 goals but did it in 27 appearances and recorded one assist compared to Oshoala’s record in 19 games.

Reacting to Oshoala’s top scorer’s award, FIFA described her performance for Barcelona this term as perfect.

“20 goals and a perfect club season.

20 goals and a perfect club season. @AsisatOshoala has always been unstoppable! ? pic.twitter.com/onm268jM0c

Barcelona Femeni (Barcelona’s women team) won the 2021/2022 Primera Iberdrola with a perfect record of 30 wins from 30 matches, scoring 159 goals and conceding 11 in the process.

Barcelona Femeni are aiming to win the treble like the previous season, as they are in the final of the Women’s Champions League – to clash with Lyon at the Juventus Stadium in Turin on May 21.

Meanwhile, Oshoala is among 32 players invited by Super Falcons coach Randy Waldrum, for a two-week camp in Morocco ahead of this year’s CAF Women’s Cup of Nations.

Should Parents Be Held Responsible For Children’s Waywardness?