Home National Femi Adesina says it is “idiocy” to claim that Buhari has been...
Facebook
Twitter
WhatsApp
Telegram
Email 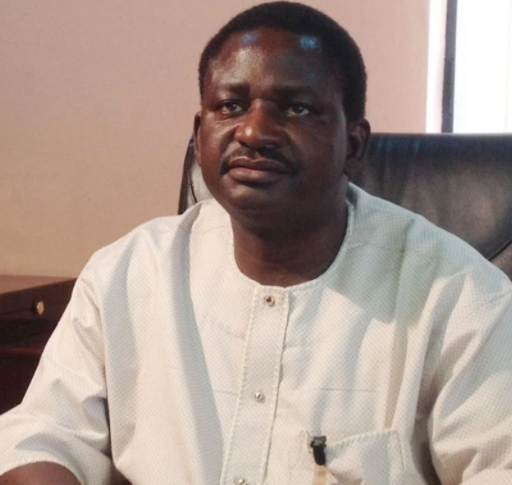 Femi Adesina has rubbished claims by Nnamdi Kanu, leader of the Indigenous People of Biafra (IPOB), that President Muhammadu Buhari has been replaced with Jubril of Sudan.

Adesina, who is Buhari’s Special Adviser on Media and Publicity, said it is “idiocy” to claim that the president is dead and was replaced with Jubril from Sudan.

Adesina disclosed this in his latest article titled “The Essential Buhari: VP Osinbajo got it!.”

The article reads in part: “I remember that day in August 2017, when the President returned to the country finally from his medical vacation. From January of that year, he had been in and out a couple of times, but spending weeks and months outside, attending to his health. And finally, on August 19, he returned home, triumphantly.

“We were at the airport to receive him. I have told the story a number of times, to dispel the idiocy that it was a certain Jibril of Sudan that came back and not Buhari. The daughter of the immediate past Chief of Defence Staff, Gen Gabriel Olonisakin, was getting married. And I had attended both the church service and reception, decked in full Yoruba traditional attire of Agbada and a cap to match. Straight from the ceremony, I went to the airport to join the welcome party for the President.

“We the principal aides were on a line to receive the President as he descended from the aircraft. And he shook hands with each person, having one wisecrack or the other to say, as is typical of him. When he got to me, he said, ‘Adesina, this is the best I’ve seen you dressed.’ And we both laughed.

“Jibril of Sudan? How did he know I was Adesina? How would he know how I normally dressed? Idiocy, I say again. But that is just a digression, not the story I really want to tell to support the topic at hand.”

Kanu had said Buhari was dead in 2017, following the president’s medical trip to London.

He had claimed that Buhari was cloned and replaced with Jubril Al-Sudan after his death.