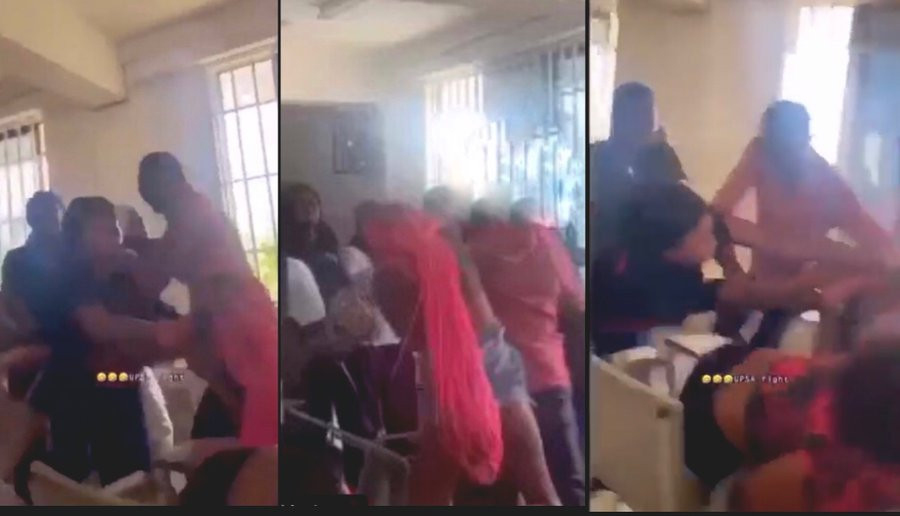 The two female students of University of Professional Studies, Accra, (UPSA) who were engrossed in a heated scuffle on campus, swung their arms in a bid to land punches at each other as they dragged each other’s hair and clothes.

The underwear of one of the ladies spotting a long braided pink hairdo was eventually exposed after her skirt rode up to her waist.

The fight was however stopped by two men, while the rest of their mates cheered on and recorded with their phones.

An unconfirmed source claimed that the fight ensued after one of the students named Sika, reportedly made an offensive remark toward her friends.

Watch the video below………

Two Upsa female students engage each other in a fist fight ????