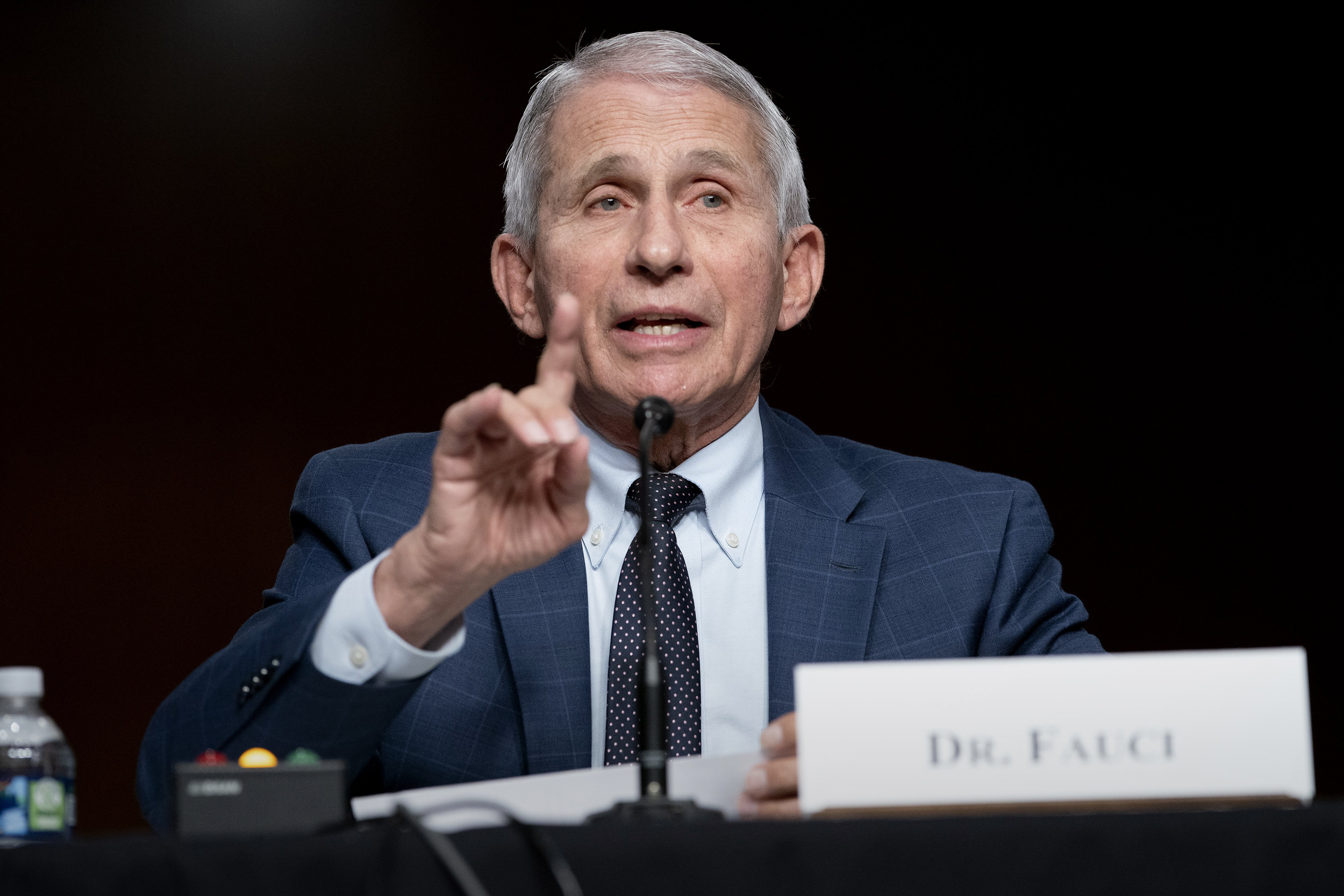 WASHINGTON — Dr. Anthony Fauci, the country’s top infectious disease expert, on Tuesday during a hearing sparred with Sen. Rand Paul, R-Ky., after the senator attacked the doctor for appearing to disagree with scientists who said the coronavirus originated from a lab in China.

“What happens when he gets out and accuses me of things that are completely untrue, is that all of a sudden that kindles the crazies out there, and I have threats upon my life, harassment of my family, and my children, with obscene phone calls because people are lying about me,” said Fauci during the Senate hearing.

The two men have had tense exchanges at previous Senate hearings about the coronavirus.

Fauci blasted Paul, who was an ophthalmologist before being elected to Congress, for making political attacks against him, noting that a man was arrested Dec. 21 while traveling from Sacramento, and allegedly told police he was headed to Washington, D.C., to kill Fauci. The man had an AR-15 in his vehicle along with magazines of ammunition, police said.

Paul, earlier in the hearing, said an email exchange between Fauci and former National Institutes of Health Director Francis Collins showed Fauci and Collins appearing to disagree with scientists who said the coronavirus originated from a lab in China.

“You know, you’re going back to that original discussion when I brought together a group of people to look at every possibility with an open mind,” said Fauci. “So you’re not only distorting it, you are completely turning it around as you usually do.”

Paul, in a statement to NBC News after the hearing, said, “Anyone who dares to question Fauci’s smear campaign against other scientists is accused by Fauci of fomenting violence.”

“As someone who actually was the target of semiautomatic gunfire by a Bernie Sanders supporter, I never once accused Senator Sanders of being responsible for the attack and I resent Fauci avoiding the question by ginning up the idea that his opponents are the cause of threats,” Paul added.

A Health and Human Services spokesman, also in a statement following the hearing, said, “When it comes to misinformation, Republicans on the committee clearly weren’t trying to stop the spread.”

“At a time when America is seeing rising COVID cases, it’s disappointing and frankly unacceptable that Republican Senators chose to spend a hearing with the country’s leading public health experts spreading conspiracy theories and lies about Dr. Fauci, rather than how we protect people from COVID-19,” said spokesman Ian Sams.

Paul, a steadfast opponent of Covid mitigation measures and mask mandates, has clashed with Fauci before on other pandemic-related issues. Paul was the first senator known to have contracted the coronavirus when he tested positive in March of 2020.

In July, Paul implied that Fauci had previously lied to Congress and was aware of what the lab in Wuhan, China, was doing with grant money that came from the NIH.

After the back-and-forth, Fauci was heard on a hot mic saying, “What a moron. Jesus Christ.”

“Calling me a moron during a Senate hearing may have alleviated the stress of the least trusted bureaucrat in America, but it didn’t take away from the facts,” said Marshall in a statement after the proceedings.

Super Eagles, Maduka Okoye And The AFCON Defeat By ...