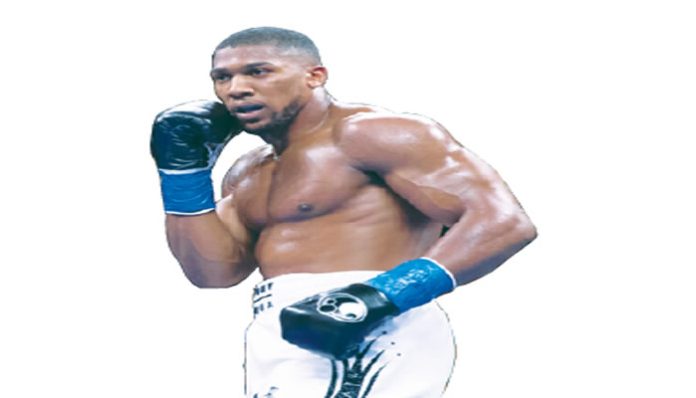 Former two-time heavyweight champion Anthony Joshua is set to face Jermaine Franklin as he makes his return to the boxing ring on April 1 at the 02 Arena in London and fans are already anticipating seeing the British-Nigerian triumph over the American in the bout.

Franklin made his UK debut in November, earning credit for a hard-fought majority decision loss to Joshua’s rival, Dillian Whyte, which was the first defeat on the 29-year-old’s 22-fight record.

Joshua’s second world title reign was ended by a unanimous decision loss to Usyk in September 2021, while the Ukrainian retained the WBA, IBF, and WBO belts with a split decision victory in their rematch last August.

Talks are at an advanced stage for Usyk to share the ring with WBC king Tyson Fury in the next few months, while Joshua kicks off his career rebuild April 1.

Saleh Fawaz, CEO of Nigeria’s leading boxing promotional and management company, Saleh Gloves Promotions, told our correspondent he believes the fight is perfect to get Joshua back on track and believes the 33-year-old can win the bout.

“It is a good fight. I didn’t think it was a good idea for him to jump into a huge opponent like (Deontay) Wilder, Fury, right away, so I think it is a good fight to get back into the ring and to try and get back to winning ways,” Fawaz told PUNCH Sports Extra.

“I am expecting Joshua to win the fight, but he should also respect Franklin, who fought Whyte last year and went the distance. Unlike Joshua, who only fought once last year, Franklin fought twice and had been inactive for two years. So, this is a sort of comeback for both of them, but Joshua, who knocked out Whyte should be able to beat him with his skillset and longer reach,” Fawaz said.

Joshua’s manager, Eddie Hearn, had previously hinted that a third consecutive loss could signal the end of Joshua’s career and Fawaz agrees with the promoter.

“Because of his losses and poor performances of recent, the ball is not in his court to get the next big fight and it will be all over for him if he loses this fight, even his promoter, Eddie Hearn, was saying that and it is true,” Fawaz added.

A female boxing fan, Tomi Isijola, also told our correspondent that although Franklin  wasn’t considered to be of Joshua’s standard, he could challenge the former champ.

“One thing we can’t do is underrate Jermaine Franklin because he had the skills to compete against Whyte and that means he may be able to shock Joshua, what I just think is Joshua just has to be ready physically and mentally to show Franklin who is boss.

“I want to see a good fight though, so I would be open to seeing Franklin giving Joshua a run for his money and testing him in the ring,” Isijola said.

John Jimoh, who has been following Joshua since the pugilist wonan Olympic gold in 2012, thinks the British-Nigerian has a great chance of beating Franklin come April 1.

“I think Joshua is going to win this, looking at what he is capable of. We shouldn’t judge this fight against Franklin based on what happened in the last two losses to Usyk because we have already seen that Usyk is a very fast fighter.

“I believe going into this fight, Joshua has a great chance of winning and he will definitely want to take back his glory and return to a title shot,” Jimoh said.

On social media, some fans also praised Joshua, while others think he should look for a bigger fight.

Franklin Chinasi believes the former champ should try and fight someone else.

Another Twitter user manutd56753206 believes Joshua can get back to the top of the heavyweight pile again.

“I hope you see this man, you are the champ, you were always the champ man. I DON’T WANT THIS SOFT SORRY LOOKING AJ, I WANT THE B*DDEST, M*ANEST, N*STIEST, WRECKING MACHINE anthonyjoshua.”