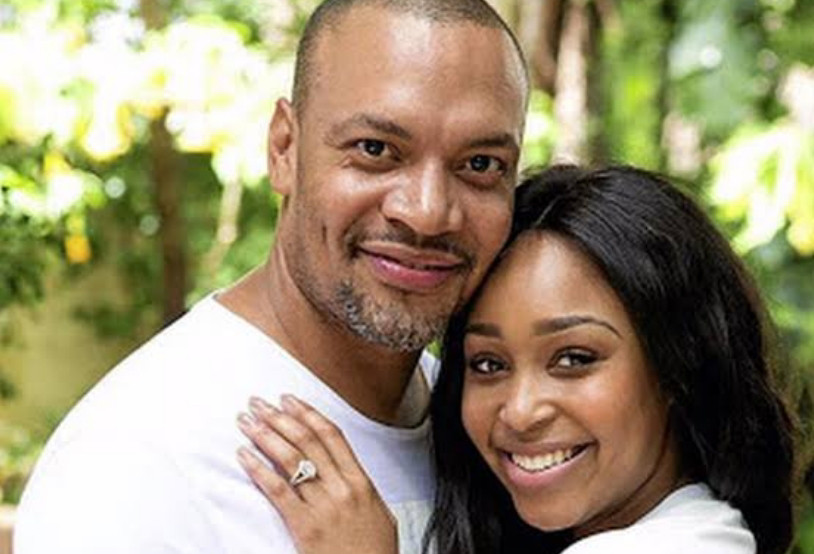 On Monday May 9, a social media personality identified as Musa Khawula alleged that the reason the couple’s marriage crashed was because Minnie cheated on Quinton with a billionaire businessman, Edwin Sodi. Kwawula also alleged that she is refusing to sign the divorce papers.

According to Musa, who hasn’t shared any proof of these allegations, Minnie allegedly spent a lot of time in the millionaire’s jet with her friends while she was married to Quinton.

“Rumour has it Edwin Sodi and Minnie Dlamini kept their spark alight whilst Dlamini-Jones was married. It is also said, that his private jet was put to good use entertaining Minnie Dlamini and her friends,” wrote Musa in the Twitter post. 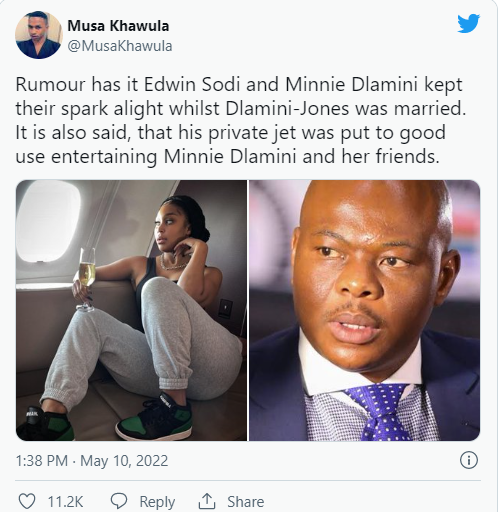 In a joint statement released today May 11, the estranged couple said they are aware of the rumors and they are not true. Their statement reads in part

“We have been made aware of various allegations regarding our divorce circulating on social media since yesterday. Without saying much more, all the allegations made are false, damaging, and malicious. Fabrications of such a damaging manner are both unnecessary and hurtful in a matter that is already sensitive to us.”

The co-parents say they will be going the legal route as the rumours are damaging. 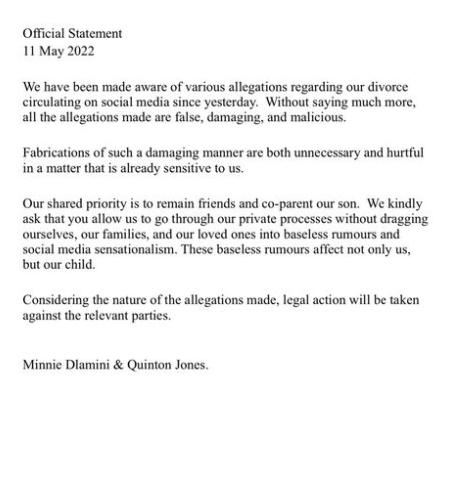 On February 15th, 2022, the couple announced the end of their marriage. In a statement released, the couple explained that they’ve been separated for months and after trying every avenue available to them to mend their marriage, they resorted to going their separate ways.

They stated that the losses they experienced together in the past two years, as well as the emotional burden and post-traumatic distress they faced individually led them down the divorce path.