Face model, Adetutu OJ, has taken to her social media to expose a married man who offered her a whooping sum of 500 thousand naira just to have sex with him

According to the screenshot released by the mother of oner, reveals her chat with a married man who offered to pay 500,000 Naira for a one-night stand with her.

The married man had explained in the chat that he fantasizes about having sex with an “ugly” woman and that’s why he wants to have sex with Adetutu.

”I have been waiting for this person to open their page for over two hours and i am impatient about it. My friend told me to play along until i get his pictures. He sent them but I dont want to believe the pictures he sent are his because ??!!! How can you call me ugly when you look like rat?? Clout chaser in my DNs and it is funny and not funny. I have the ones telling me to come to Dubai. Una wan kill me” 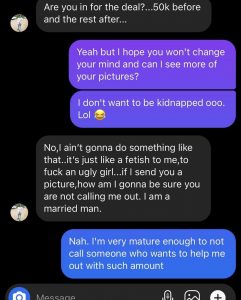 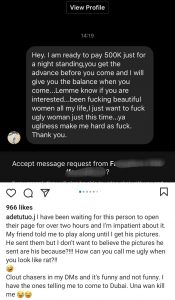 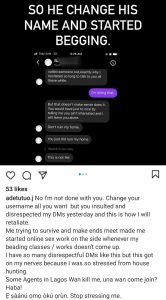 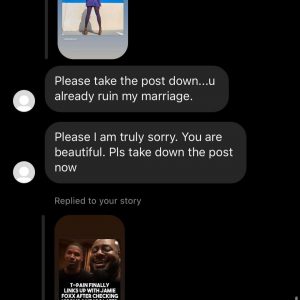