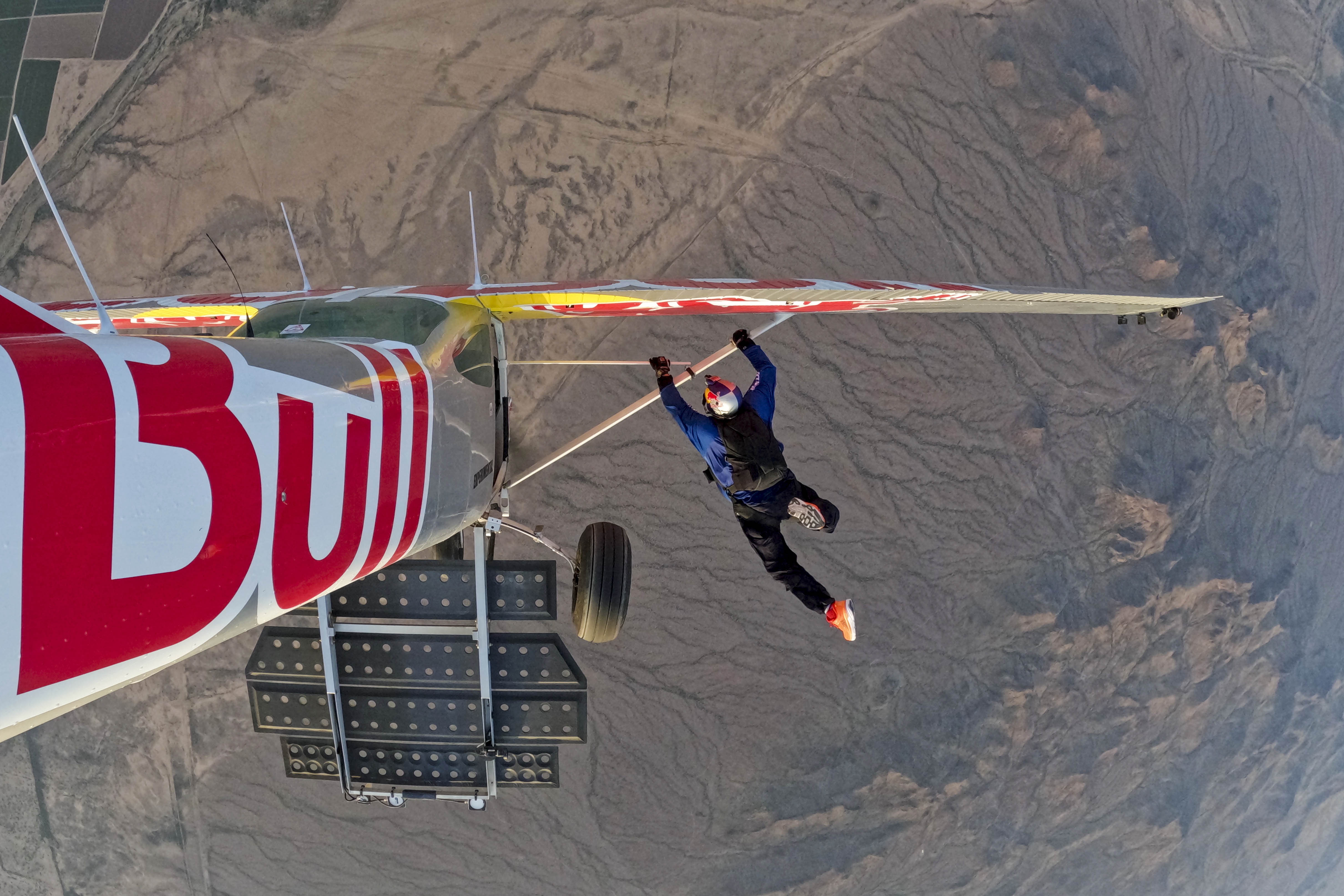 The Federal Aviation Administration revoked the licenses of two pilots for their “careless” and “reckless” conduct during a failed mid-air stunt last month in Arizona, officials said this week.

No one was injured on April 24 when daredevil pilots Luke Aikins and Andy Farrington tried jumping out of separate planes into the other crafts to land them.

“The FAA revoked the pilot certificates of the two pilots involved in the unauthorized Red Bull plane swap stunt on April 24, 2022, in Arizona,” according to the FAA statement.

“The attempted stunt resulted in the crash of one of the two single-engine Cessna 182 aircraft. The lead pilot requested an exemption for the stunt from the FAA, which the agency denied.”

The pair had attempted to send their Cessna 182 planes into synchronized nosedives at 14,000 feet before jumping out to switch aircraft.

The planes were supposed to fall in tandem allowing Aikins and Farrington, who are also skydivers, the time to jump from their planes and into the other crafts in a stunt that Red Bull billed as a “world first” and which was livestreamed on Hulu.

But one of the planes spiraled out of control and crashed in Eloy, Arizona, leading only to Aikins getting in the other craft while Farrington was forced to parachute.

Both the FAA and the stunt’s lead pilot, Aikins, said the attempt could have only gone forward with the agency granting an exemption.

But days after the failed stunt, Aikins admitted, in a statement posted on Instagram, that his request to the FAA had been denied — and he went ahead with it anyway.

The FAA denial came on April 22 and Aikins said he “made the personal decision to move forward with the plane swap.”

“I regret not sharing this information with my team and those who supported me,” Aikins continued. “I am now turning my attention to cooperatively working transparently with the regulatory authorities as we review the planning and execution.”

In notices sent to the two pilots on Tuesday, informing them of emergency revocation of their licenses, the FAA told both airmen they were “careless or reckless manner so as to endanger the life or property of another” during the April 24 stunt.

The pilots could apply for reinstatement in one year.

Aikins, who was also fined $4,932, and a representative of Red Bull could not be immediately reached for comment on Thursday. It’s unclear if Farrington was fined.

“Right now we’re not available to comment on that, but hopefully we will be able to soon,” Farrington told NBC News on Thursday.