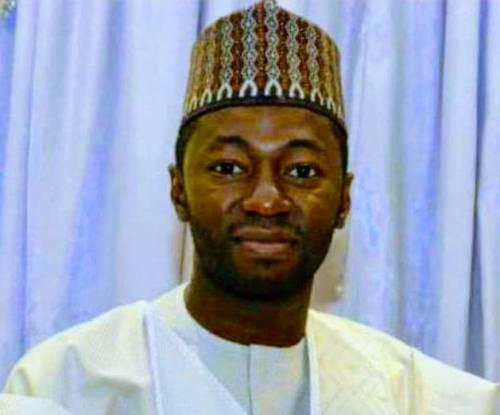 Adam Namadi, a son of former Vice President, Namadi Sambo, has admitted asking delegates to refund the N76million he doled out to them after he lost the PDP’s ticket to run for the Kaduna North Federal Constituency of the House of Representatives.

On Tuesday May 24, LIB shared the story of Sambo asking the delegates to refund the money he gave to them to ensure they vote so he can secure the party’s ticket.

In a statement released, Adam said that it was within the agreement of the party that delegates should return the money collected from any aspirant who failed to secure his ticket.

“I would like to state that as a matter of fact, there was nothing “dramatic” about the request, and it is unfortunate the media has been purporting it as such. Delegates themselves are aware of the directives given by the major stakeholders of the PDP in the Kaduna North constituency, that any sums given to delegates by various aspirants for their support should be returned to those unsuccessful in their primary elections.

This was done to encourage delegates to vote for the aspirants based on their qualities and not just their perceived spending power, and to hold them accountable for the candidates they put forth.

As a mark of respect for that agreement, some delegates in the Kaduna North constituency started to reach out to the unsuccessful State House of Assembly aspirants whose elections were held before ours, followed by my fellow contender, Shehu Usman ABG and I. Therefore, I am not acting in isolation or making any ludicrous demands.