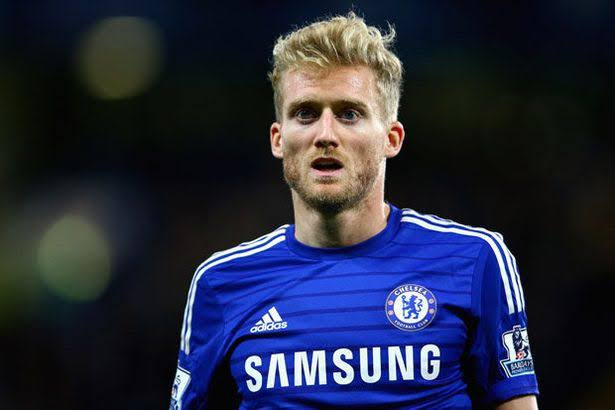 Former Chelsea player, Andre Schurrle has retired from professional football at the young age of 29.

The former Bayer Leverkusen and Wolfsburg star, who is also a World Cup winner with Germany, on Friday confirmed he was quitting football after an injury plagued career.

Schurrle famously delivered the cross from which Mario Gotze scored the extra-time winner in the 2014 World Cup final against Argentina.

During his career he won 57 caps for his country, scoring 22 times, and played for Bayer Leverkusen, Chelsea and Wolfsburg before joining Dortmund in 2016.

Earlier this week his contract at Borussia Dortmund was terminated a year early, after he made just 33 Bundesliga appearances across two seasons for the club.

Alongside an Instagram picture of him lifting the World Cup with Germany in 2014, Schurrle wrote: “I want to let you know that I’m stepping away from playing professional football.

“On behalf of myself and my family I want to thank everybody who was a part of these phenomenal years! The support and love you shared with me was unbelievable and more than I could have ever asked for!

“Now I’m ready and open for all the beautiful possibilities that are coming towards me.”

In a new interview with Der Spiegel, Schurrle explained he was no longer in love with football

“The decision matured in me for a long time,” Schurrle said.
“The depths became deeper and the highlights less and less.
“You always have to play a certain role in order to survive in this business, otherwise you will lose your job and you won’t get a new one.
“Only performance on the pitch counts. Vulnerability and weakness should not exist at any time 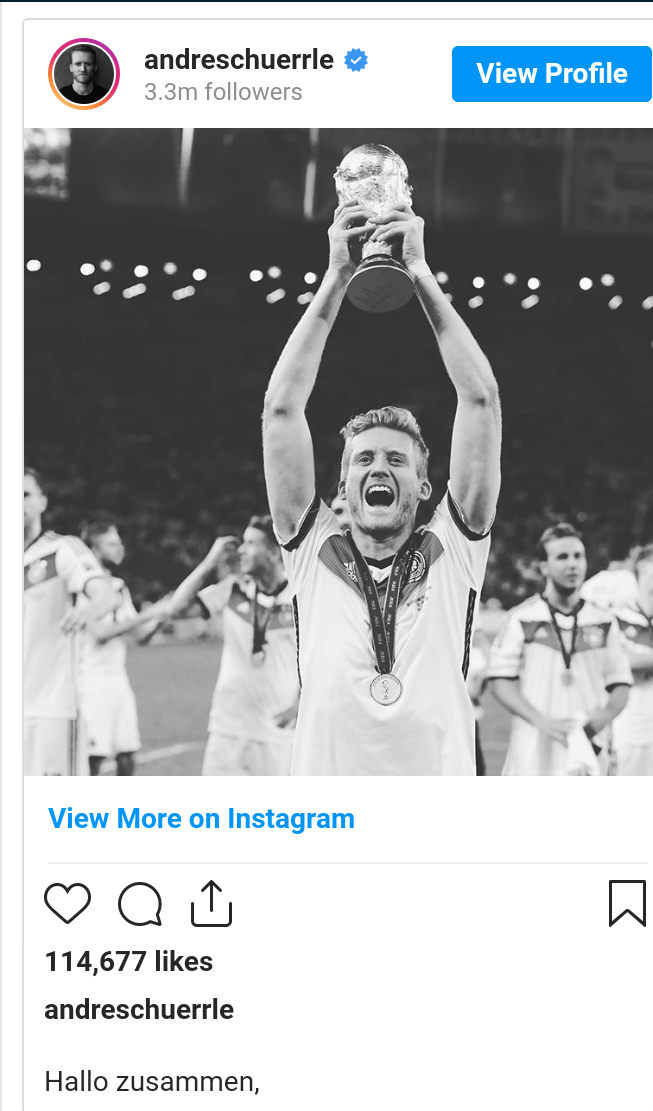 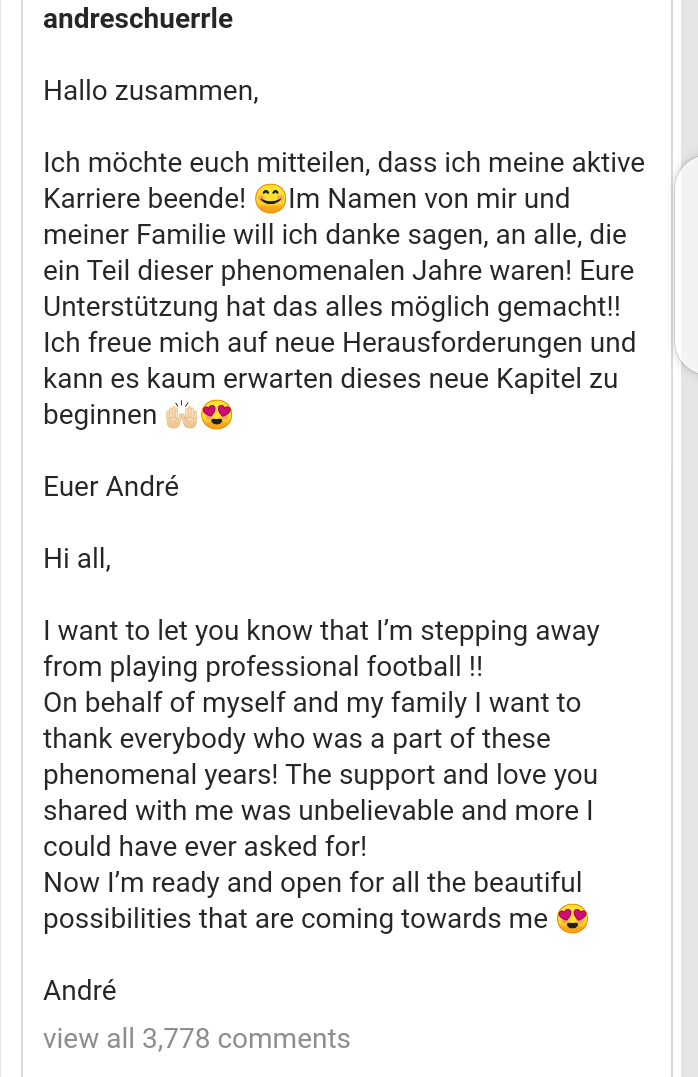