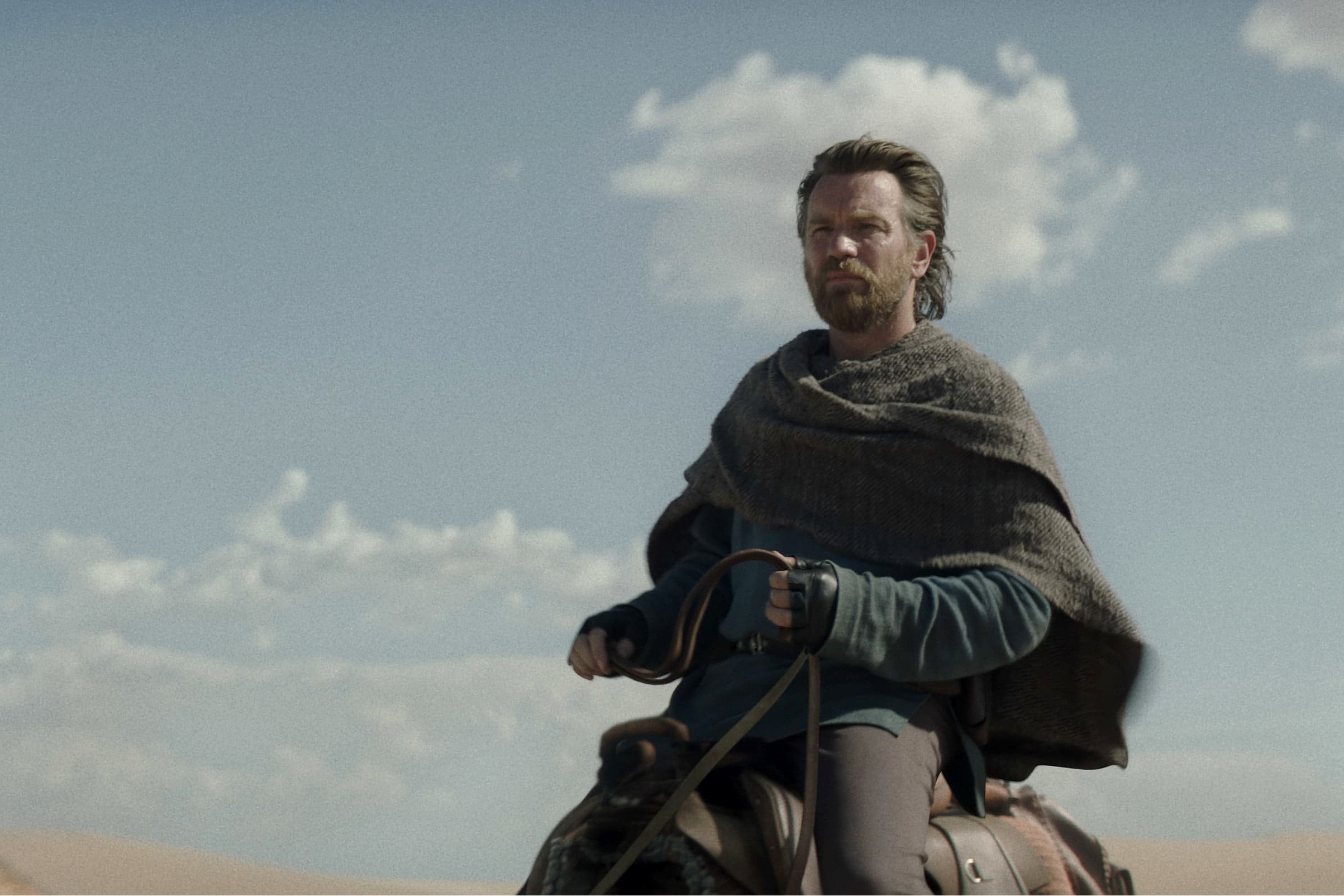 The three “Star Wars” prequels that George Lucas made at the dawn of the 21st century conquered the box office, grossing more than $2 billion worldwide. But the prequel trilogy was less successful by other metrics. The critics were harsh — and legions of fans reared on the original space opera were especially despondent.

Ewan McGregor, the Scottish actor who played a young Obi-Wan Kenobi in the prequels, remembers the mixed signals all too well.

“It was one of the difficult things about being in the prequels,” he said at a virtual media event Thursday. “When they came out, they were not seemingly well received.”

In time, however, McGregor discovered what might be characterized as a vibe shift around the prequels. He encountered millennials — people who were just kids when the prequels rolled out in the late 1990s and the early 2000s — who felt immense nostalgia for the tales of Padmé Amidala, Darth Maul and even Jar Jar Binks.

“I became more aware of the fondness that the generation that we made the prequels for has for those films,” McGregor said, later adding: “They couldn’t understand why I thought that they weren’t liked when they came out, you know? It meant a lot to me.”

Seventeen years after the theatrical debut of the third prequel, McGregor is back in dusty Jedi Master robes in “Obi-Wan Kenobi,” a six-episode miniseries that debuts May 27 on Disney+. (McGregor, also known for his roles in “Moulin Rouge!” and “Trainspotting,” is one of the show’s executive producers.)

“Obi-Wan Kenobi” is the third Disney+ original series set in the sprawling “Star Wars” universe, following in the footsteps of “The Mandalorian” and “The Book of Boba Fett,” two spaghetti Western-style adventures following the interplanetary exploits of masked bounty hunters and their compatriots.

McGregor, 51, described his road back to Tatooine as a “long, slow process.” He recalled that, for years, fans and reporters alike asked him whether he would ever reprise the role. He eventually started saying yes, and gradually with greater enthusiasm about the idea.

“Disney asked me to come in one day for a meeting because they kept seeing on social media that I was saying I would like to play Obi-Wan Kenobi again. It looked like I was touting for work at Disney’s door,” McGregor joked.

McGregor said he felt strongly that the series needed to help fill in the narrative blanks between the third prequel, “Revenge of the Sith,” and the original “Star Wars” movie, retroactively titled “A New Hope.” In this phase of the “Star Wars” timeline, Obi-Wan is exiled on Tatooine, where he quietly keeps an eye on infant Luke and Leia.

Deborah Chow, who directed two episodes of “The Mandalorian,” helmed all six installments of “Obi-Wan Kenobi.” She saw the series as Lucasfilm’s answer to films like Todd Philips’ “Joker” or James Mangold’s “Logan” — a chance to focus more narrowly on a character who is usually part of a wider franchise ensemble.

“I think, first and foremost, I was most excited about doing a character-driven story,” Chow said Thursday, adding that she was also fond of the moody visual style of “Rogue One,” a “Star Wars” spinoff film released in 2016.

“Obi-Wan Kenobi” marks the return of at least one other familiar face from the prequels: Hayden Christensen, ho played a young Anakin Skywalker, the headstrong Jedi who is lured to the dark side and — spoiler alert, for the uninitiated — transforms into the intergalactic tyrant Darth Vader.

“We were close,” McGregor said of his relationship with Christensen while they were shooting the prequels. “But over the years, we slightly lost touch. … When we were acting together again, it was really like a time warp, and looking across at him on set [it] was like the last 17 years didn’t happen.”

When we were acting together again, it was really like a time warp, and looking across at him on set [it] was like the last 17 years didn’t happen.

But the series also introduces new characters, including a lightsaber-wielding villain (an Inquisitor, in Lucasfilm parlance) named Reva Sevander, played by Moses Ingram, an Emmy-nominated actor who scored her breakout role on Netflix’s “The Queen’s Gambit.”

When Ingram read a version of the “Obi-Wan” script, she was not even aware it was a “Star Wars” project, recalling that names and other telltale details were strategically withheld during the audition process. But she was drawn to the script’s “edgy” feel — and when she later learned about the “Star Wars” link, “I couldn’t say no.”

Lucasfilm did not share episodes of the series with the news media ahead of the May 27 premiere, and plot specifics have been kept tightly under wraps. McGregor, however, described what he saw as Obi-Wan’s disillusioned frame of mind at the start of the miniseries, which picks up 10 years after the events of “Revenge of the Sith.”

“He can’t communicate with any of his old comrades, and he’s living a pretty solitary life,” McGregor said. “He’s not able to use the Force, so in a way he’s lost his faith. It’s like somebody who stepped away from their religion, if you like, and the only responsibility to his past life is looking over Luke Skywalker.”

For McGregor, the experience of making “Obi-Wan Kenobi” deepened his faith in a generation-spanning franchise he has adored since he was a little boy. In the scripts, for example, he could sense the presence of Alec Guinness, the distinguished British actor who played the character in the original film.

“I think the writing was so, so good in this,” he said, “because right from the word ‘go,’ all of his dialogue felt like it could have been Alec Guinness saying it. Then I knew we were on the right path.”