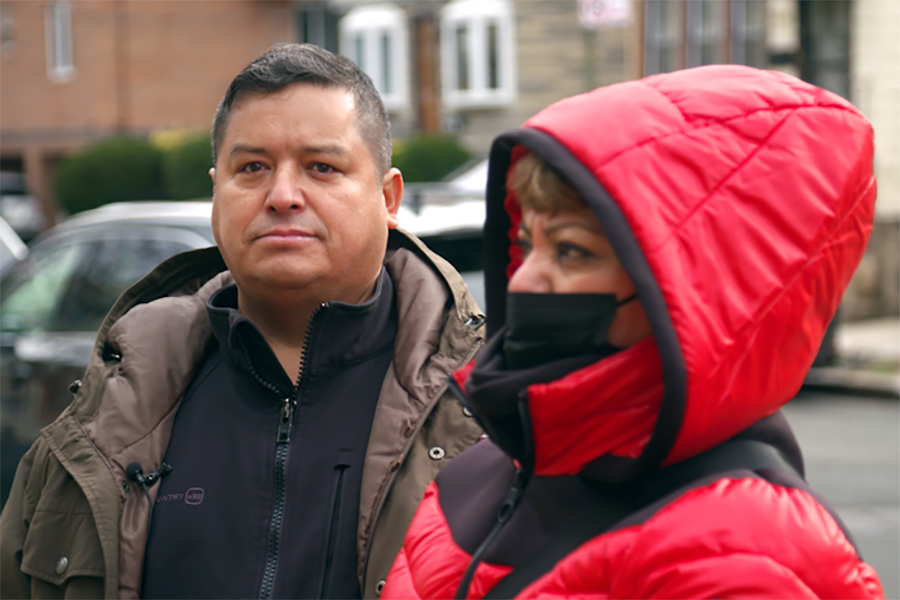 Some tenants in New York City are coming home to find the locks on the doors changed or their personal belongings discarded.

In extreme cases, they have experienced harassment or assault as landlords try to force them to vacate.

Housing advocates are sounding the alarm as they see an increase in unlawful evictions during the Covid-19 pandemic. With the city’s eviction moratorium set to expire Saturday, Sateesh Nori said he and other advocates don’t know how much worse it’s going to get because the moratorium essentially zeroed out legal evictions.

Nori, attorney-in-charge of the Legal Aid Society’s office in Queens, represents people who have been evicted unlawfully in housing court. One of his clients lost his work as a consultant for the biotech company Immunotec when the pandemic began, and making rent became difficult. Eventually, he had to stop paying, Nori said.

The client, whose last name is Solis but didn’t want his first name used for privacy reasons, has a civil case pending in the state Supreme Court against his landlord, Elizabeth Camelo, and her son, Luis Acevedo. Solis alleges they harassed and threatened him and his wife, and claims Acevedo assaulted him. A few days after the alleged assault, the locks were changed while he and his wife were gone, he said.

Camelo’s attorney, Nick Mattia, said in a statement that she would not comment because of the pending litigation “despite her desire to tell her side of events.”

“There are at least two sides to any story, and my client is confident that when given the opportunity to present the facts to the Court, she will ultimately be vindicated,” he said in the statement.

The attorney for Luis Acevedo, Ronald Hart, did not respond to a request for comment. In court documents available online, Acevedo denies the allegations against him.

Solis brought two cases against his landlord and her son to housing court: for locking him out and for alleged harassment. He won the lockout case but lost the latter.

Solis represents a large part of the tenant population in these types of cases — people living in low-income neighborhoods who are originally from a different country, where English isn’t their first language, Nori said.

“They’re invisible and they’re transient … and the law doesn’t recognize that,” he said.

Nori said the New York City Police Department does not like to get involved in these disputes, instead telling the tenants to fight it out in housing court. The NYPD did not respond to a request for comment.

The department’s patrol guide says uniformed officers should take one of three actions when there’s probable cause for an unlawful eviction: prepare a summons and serve it; make an arrest; or refer evicted tenants who can’t secure temporary housing to the city’s Department of Homeless Services.

A lack of law enforcement help in such cases is a nationwide problem, said Bruce Marks, CEO and co-founder of the Neighborhood Assistance Corporation of America.

“The sheriffs are not supportive … so these landlords are basically able to do everything they want, with impunity,” he said.

After the federal moratorium prompted by the pandemic ended July 31, Marks said, a large wave of tenants sought help with eviction cases, leading his organization to launch a team of economic justice advocates to deal specifically with illegal evictions.

The group now has 35 such advocates across the country helping more than 30,000 renters, and about 20 percent involve unlawful eviction cases, he said.

Marks said he and other advocates are seeing tenants get locked out of their homes for owing thousands of dollars in rent or getting priced out by corporate landlords.

“They don’t see the tenant as a human being, they see that tenant as a number, as a way to make more money,” he said.

Nori said a minimum standard of housing rights for tenants could address many of the problems.

Kelsy Kershaw is an associate producer for NBC News.