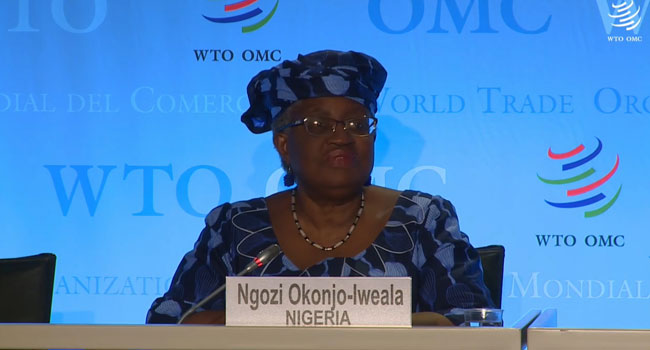 The European Union governments has thrown support behind Nigeria’s candidate, Ngozi Okonjo-Iweala, for the position of the director-general of the World Trade Organisation (WTO).

This was disclosed to Bloomberg on Monday by an unnamed official source.

The remaining five candidates contenders that will advance to the next round of elimination are Ngozi Okonjo-Iweala of Nigeria, Yoo Myung-hee of the Republic of Korea, Amina Mohamed of Kenya, Mohammad Maziad Al-Tuwaijri of the Kingdom of Saudi Arabia, and Liam Fox of the United Kingdom.

WTO said earlier in September that the five candidates were chosen from eight others after due consultations.

WTO plans to announce two finalists after October 6 and name a winner by November 7.

Her home country is also routing for her to clinch the WTO job.