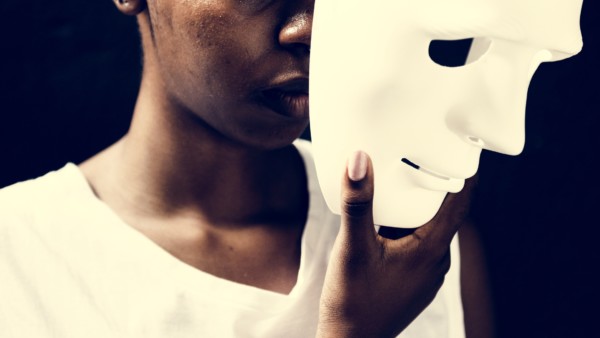 It started on October 9, 1989. A season when the posh regions of Harcourt flourished with the janded people and 504s, and the air stank with communal divisions between the haves and the have-nots.

The bishop had a party that night, so Joyce’s mother was garbed in a sweet blend of orange and floral white, her head underneath the glossy gele that glimmered long after dark, and her neck illuminated by a gold necklace from a previous anniversary. She looked radiant and her husband oozed of pride, showering her with praises amid others and armouring her with passion within their bungalow home.

Don’t forget to give her food o…

Eh. Remember to bath her and put her to bed early.

Joyce, make sure you listen to her. If not, Aunty Alalali will not pack ice cream for you o…

The next morning, mother whipped Joyce Benibo in the shower. There had been bloodstains on her sheets, red spots that shouldn’t be discharged by a five-year-old. How did this happen? She couldn’t explain it to them. No one would believe that the pastor had hired a child predator for a maid – not even the pastor himself.

As the years danced by, secrets hung behind a St. Matthews church wall, and the parents were oblivious to the growing number of stained sheets in their closet.

“I was the outcast. The possessed child that toyed with herself. At some point, Father even got another pastor to come cast out the demon in me. He’d exhausted his access to God. When you become a plague, people typically want to stay away from you and that was what happened everywhere. I’d go to school and get bullied. Never fit in. Then the maid left, I must’ve been eight or so, and the hunger became more intense. Boys, girls, men, women, I wanted them all. I wanted what she served me and I wanted it more intensely than I ever had it.

By the time I turned fifteen, I had done twenty-eight. Still, Mother and Father preached against immorality and abstinence in church. “Repent, abstain. For the kingdom of God is at hand,” Father would say to his people. Even the choirmaster and his junior pastor had had a taste of me. It made for an interesting laugh. Still, no one addressed it. The silence was a loud one – you know when people see the truth but refuse to face it? Exactly what was going on. The bombshell dropped when I turned twenty-three. College had been a game house and I got tired of playing pool. They didn’t understand why I brought her home. They didn’t understand the sounds we made at night. Within a few days, my bags sat in wait for me at the front door, packed by Mother. She rained curses on me, and Father spat on the day they both danced in their bedrooms to have me. Not a pleasant goodbye, you can imagine. Life comes at you fast. There I was, a girl in her twenties with a real understanding of how it feels to be pricked by needles, but no substantive knowledge of life. A couple of years down the line, my therapist in DC asked a question that changed it all. A question that truly helped me move on. “What did you see?” he’d asked. The task from our last session had been simple. “Go home and spend seven minutes looking at you in the mirror.” It sounded ridiculous but I did it anyway. At first, all I saw was a reflection of my wall and Pucho, my dog, in all its grace. But after a couple of minutes, I got hit by this truth. There, in front of the mirror, I had traveled beyond the red of my dress and seen a sprinkle of negative colours deposited by those experiences. And with eyes that hung in a pool of tears, I realized that I wasn’t the one in the mirror” – Joyce Benibo.

Experiences shape us as people, but bad experiences are like a piece of looming music that plays into important areas of our lives. A lot of us have a disturbing past that waltzes into our future – the broken part of our being that competes with the flowery air of our present lives. Yet we somehow ‘move on’ with the dismal feeling that our lives are in order. And while this may be true for some, it doesn’t seem so for those who experience a traumatic event, more so for individuals faced with an early-life trauma.

But isn’t trauma just trauma? I mean, the extent of its effect shouldn’t depend on its era of occurrence, right?

Well, I believe it does. I think that early-life trauma reshapes us differently, more unconsciously.

At an early age, we typically lack full consciousness of what is good for us and what isn’t. In turn, we automatically adapt to believing whatever we are taught. So, when fed with something destructive – just like the kids initiated into the realm of violent community gangs – we absorb and accept it as the truth, as a norm. Whereas, it isn’t.

Now, imagine facing an immensely traumatizing event (at an early age) of which you have a sense of its rottenness but in a religiously cultured environment devoid of listening ears, wouldn’t this design a distortion in your development?

This was Joyce’s story. A silent war between tenderness, pain, and the subconscious. The song of a kid that got out, without an abrupt or obvious mental health disorder, yet with traces of the past oozing through her social awkwardness, slow learning capacity, and bothersome mood swings.

The sting of early-life trauma hurts differently, and not all kids get out. While the ones who don’t are plagued with fragile mental health, others like Joyce are reshaped more subconsciously. Let’s explore the depth of influence by early-life trauma on an individual’s becoming.

They sought answers to questions like “people in my family called me stupid, lazy or ugly”, “people in my family hit me so hard that it left bruises or marks”, “someone threatened to hurt me or tell lies about me unless I did something sexual with them”, “I knew there was someone to take care of me and protect me”, “there was someone to take me to the doctor if I needed it”, to assess each individual’s exposure to childhood trauma (emotional, physical, and sexual abuse and neglect) before the onset of puberty.

Upon further memory-related tasks, Matthias and his team saw what Joyce Benibo saw. They found that adult survivors of childhood trauma, who didn’t suffer a current medical or psychiatric illness and had no history of alcohol or substance abuse, bore significant cognitive deficits.

One of these memory-related tasks was the Pattern Recognition Memory (PRM) test, an activity that’s used to assess our memory’s recognition of visual patterns. The test occurs in two phases:

In the first phase, the participant is presented with a series of visual patterns on a screen, one pattern at a time.

During the second phase, they present the individual with the same patterns, but in reverse order. This act is then repeated with new patterns. In this phase, individuals are asked to choose between a pattern they had previously seen and a new pattern.

The PRM tells a story of temporal or hippocampal dysfunction. Individuals with a history of physical neglect – much like patients with temporal lobe damage – evidently show cognitive deficits in pattern recognition memory.

Emotional abuse and physical neglect have the potential to affect our spatial working memory – the memory that helps us with navigating and remembering the location of things in our environment. This is particularly interesting as the same defect is seen in patients who suffer from senile dementia (of the Alzheimer type). Also, individuals with childhood exposure to sexual abuse or physical neglect slightly show less academic achievement.

“Memory deficits are core features of depression and PTSD, and these disorders are also associated with hippocampal damage. Hippocampal volume loss in depression has been associated with early life trauma. Taken together, our study results suggest that exposure to emotional neglect or physical abuse is associated with cognitive underperformance in tasks that involve the hippocampus”  – Excerpt: Matthias et al.

In essence, their research (though one among other studies) revealed that exposure to childhood trauma changes the structure and function of brain regions involved in cognition – particularly the hippocampus, which is primarily responsible for learning and memory – and Joyce saw this. She saw a strain from years of sexual abuse, emotional neglect, and verbal abuse that competed with the mental, physical, social, and emotional parts of her life

The brain can change throughout our lives and this act – neuroplasticity – is at its peak during childhood. It tells that early-life traumatic events have the potential to significantly distort our true identity. That those with a history of childhood trauma, who bloom to great heights – like Joyce – do so in spite of, not because of such disturbing events.

Trauma is like the blood on the panties of one eleven-year-old girl who, confused because she hadn’t been tutored on the normalcy of feminine bleeding by her uneducated mother and rigid-faced father, wets her sheets with tears from fear of a prior unconsented sexual event.

Trauma is the bullying in grade school that graduates into the you’re not our type of high school and then gets honoured with a first-class degree in confusion (of one’s life focus).

Trauma is the relapse into guilt-drenched pleasure, the source of creamy translucent nasal discharge that travels with an ocean of tears (the tears, an offspring of vivid troubling pictures from ages past. As if time is a dusty book on a gothic shelf).

Trauma is the misunderstood gaudy smile wrapped around a lone internal stream of crude pain. It is the loneliness, the blindness of loved ones to an individual’s brokenness. The I don’t really have time for you right now, but I’ll check up on you when I need you. The you’re doing great and nice and other empty congratulatory niceties pronounced for the sweetening of a sour ear.

Trauma is the confusion traveling with the dark skylight. The pull to isolate from humanity, to shut the world with the force of a raging storm. The desire to curl up in a corner – still, pinged with the guilt of having to do.

Time doesn’t mollify the pain and anger. It doesn’t always wear the crown of Athena to calm the storm. It is, rather, trailed by emotional remnants of stinging experiences.

Some time ago, I replicated the task from Joyce’s therapist. The sound of smooth jazz filled the empty room as I examined my specular reflection on the glossy object. In it were vines of a sticky history, shadows of bitter memories.

I don’t have the answers for moving forward. But I believe that healing begins with the act of acknowledgement. With freeing our mind through therapeutic activities, usually tears or unfiltered communication of pain.

You should try it. Take a few seconds to absorb the language of your reflection. What do you see? Are you the one in the mirror?

The post Etashe Linto: Are You The One In The Mirror? appeared first on BellaNaija – Showcasing Africa to the world. Read today!.

The WINNER Of #BBNaija Season 5 Is… Laycon