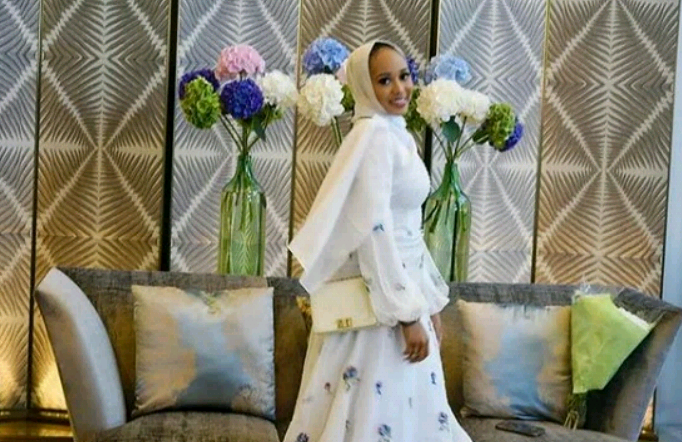 The daughter of Bauchi State Governor, Bala Mohammed, has dragged people including a close friend, who criticised her for not raising her voice in the #EndSARS protests against police brutality.

In a series of posts on Instagram, Fatima Zara warned those bullying her for not posting about the campaign on social media, not to spread their negative energy on her as “some of us are fighting their own personal battles”

“Nope! Not today! I ma not the one! Not at all. Some of you think with your asses! Please if you want to be stupid, be stupid on your own! Dont try to spread your negative energy on me! I ‘m really not the one you want to pick on,” she wrote.

However, the UK univerisity graduate said she posted about the protests and has been raising a voice “behind closed doors” as well.

“Do not message me fighting me for not posting the protest. I did, and I dont have to be post to spread awreness or to be concered. If you have an official question to ask my father about the protest kindly dm him but I m not the one you want to drag!! Trust me! I have zero tolerance to people’s foolishness right now!”

“I have been seeing so many of you preaching unity but instead you are out here tryings to bully me. So I m not posting. Some of us are fighting their own personal battles! And you guys have no idea on how I m raising a voice behind closed doors, so dont come on her and try to rub off negative vibes. Have a good day.”

Zara posted screenshot of a WhatsApp chat with a friend, who questioned why she hasn’t used her voice and that of her father regarding what is going on in the country.  The friend, who she has known since 2008 also took a dig at her for “living her best on top other people’s money”

“That is why I keep my circle very small!” Zara wrote. “But people must took for you and force some sort of drama. I ma not about to let anyone add to my lemons I m already trying to squeeze! Your friends are not really your friends! Be careful guys”

Read the rest of her posts in the screenshots… 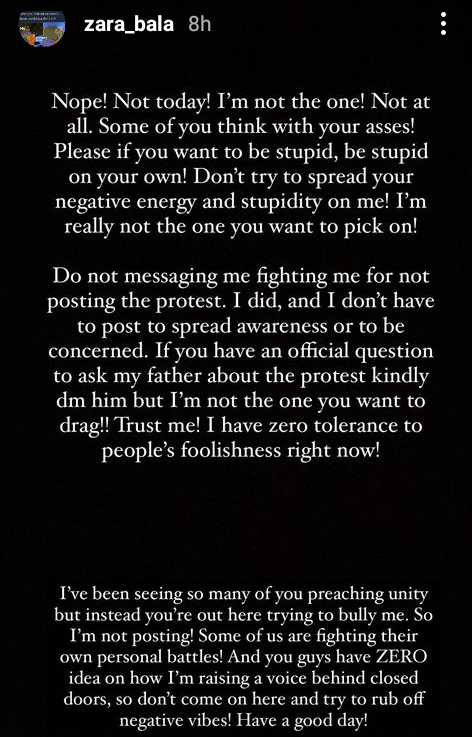 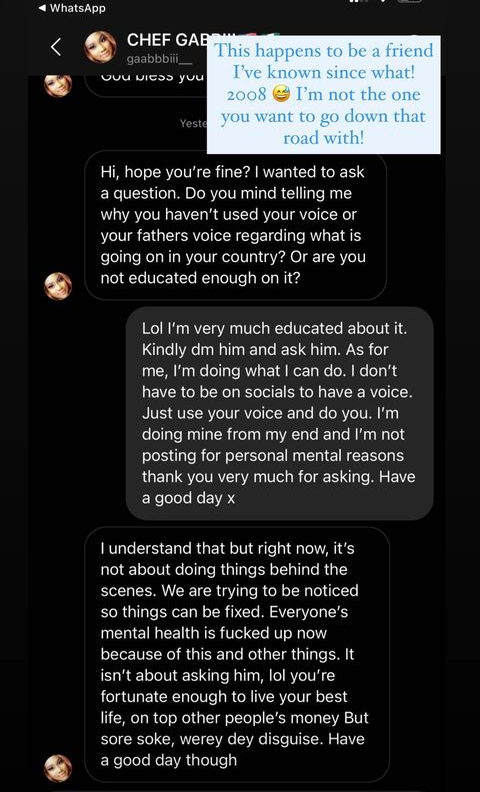 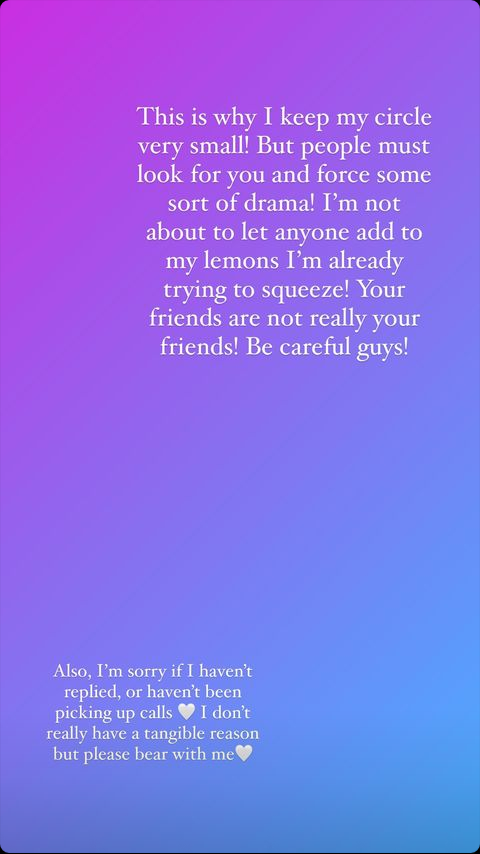