#EndSARS protesters in Abuja on Friday continued their protests across the city, demanding justice for all victims of police brutality and killings.

While they continue to press for their demands to be met, the protest took another twist as the Muslim youths observed their Jummat prayers on the road.

This comes 24 hours after the Federal Capital Territory Security Committee directed that all street demonstrations, protests, and processions will not be allowed anywhere within its environs henceforth.

According to a statement by the Chief Press Secretary, Anthony Ogunleye, on Thursday, the development became necessary due to the dangers posed by the outbreak of the COVID-19 pandemic. 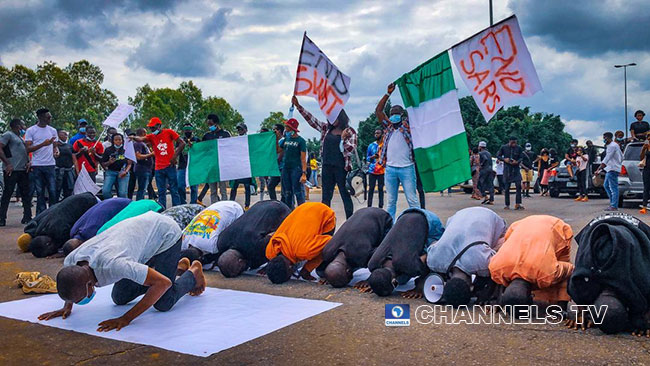 #EndSARS Protesters At Alausa Maintain Tempo After Days Of Protests

It also comes days after the Inspector-General of Police, Mohammed Adamu, set up a new unit called the Special Weapons and Tactics (SWAT) Team, to replace the disbanded Special Anti-Robbery Unit (SARS).

But despite the developments, the protests have continued as many Nigerians suspect the new unit may amount to a mere change of name.

As the protest continued on Friday with many rejecting the SWAT unit, the police have said no member of SARS will be in the unit and referred to the unit as Tactical Unit rather than SWAT.

The police did not state whether it has changed the name of the unit from SWAT to Tactical Unit as an image (below) the force tweeted on Wednesday suggested. 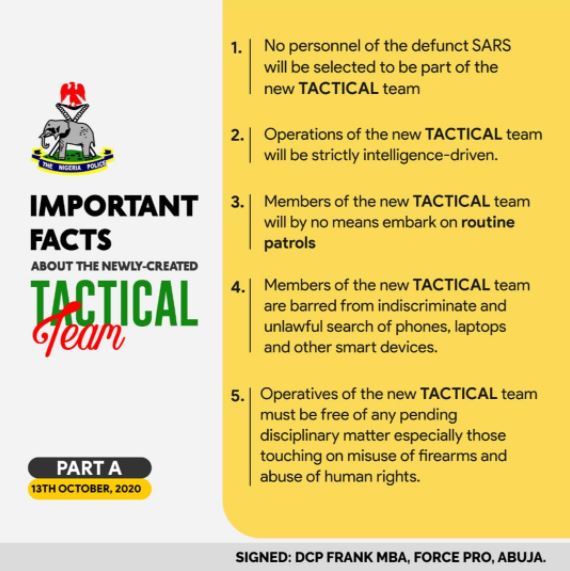 Tope Alabi Saga: A Lesson for ‘Fathers-at-Large’* By Michael West