The #EndSARS protest on Friday turned bloody in Edo State as protesters were attacked by some hoodlums.

The attackers struck after the protesters gathered at the King’s axis of Benin City, the Edo State capital. They chased the protesters brandishing machetes and shooting into the air.

One of the protesters told Newspot that many have been injured following the attack and insisted that the armed men were sponsored to disrupt the peaceful demonstration. 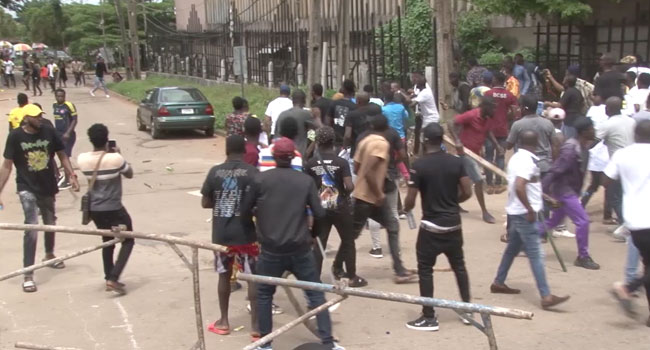 The protesters however repelled the attackers, insisting that they will carry on their peaceful demonstrations until their demands are met.

There were reports that at least two people died following the attack, however, the authorities are yet to verify the casualty figures.

Meanwhile, Governor Godwin Obaseki has condemned the attack on the #EndSARS protesters by the unidentified hoodlums, noting that a thorough investigation will be carried out immediately to bring the culprits to justice.

Obaseki charged the Police Command to come out in full force to provide adequate security to the protesters, as they were exercising their rights as concerned citizens of Nigeria.