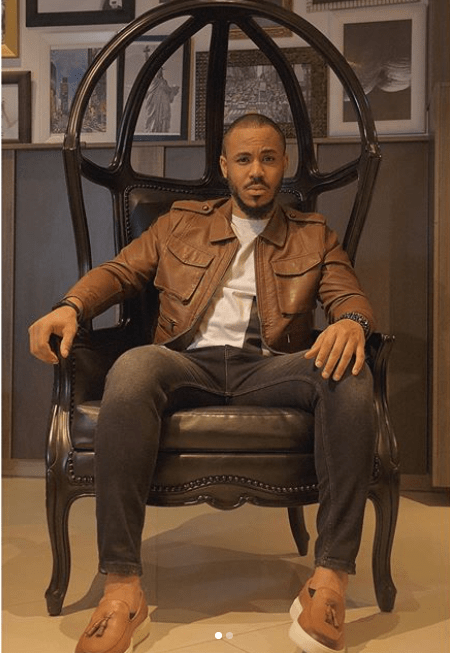 According to the reality star, SARS is a mindset, an emotion which most policemen share.

Ozo went further to say that ending SARS won’t stop this mindset, instead the system should be reformed and given another patrol name.

“SARS is not just a set of people. Sars is a mindeset, it’s an emotion dressed up by men in a police uniform. 80percent of the police men share this emotion. ENDING Sars doesn’t stop this mind set. All they have to do is give them another patrol name. the emotion continues. The whole police force needs a reform.“he wrote on IG 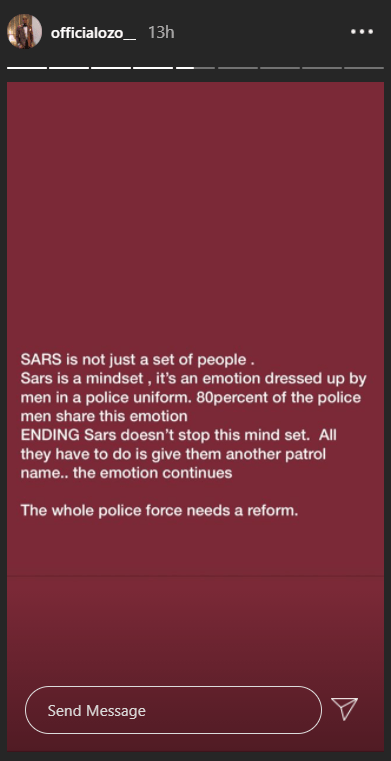