Super Eagles Assistant Captain, William Troost-Ekong, has promised Nigerians that the team will make them proud this evening when they face Guinea-Bissau in their last group match.

Ekong, whose long-standing partnership with an absentee teammate, Leon Balogun, earned them the sobriquet ‘The Oyinbo Wall,’ assured that they would continue with the same level of optimism this evening.

He described his partnership with Kenneth Omeruo in the ongoing AFCON as “fantastic,” adding, “Omeruo is one of the defenders I looked up to when I joined the Super Eagles and from his performances so far, he has been excellent.”

He said, “people should not forget that we have been playing together as back three for a long time now. He was there at the last AFCON in 2019 and even in the World Cup. So, we are not new to each other.” 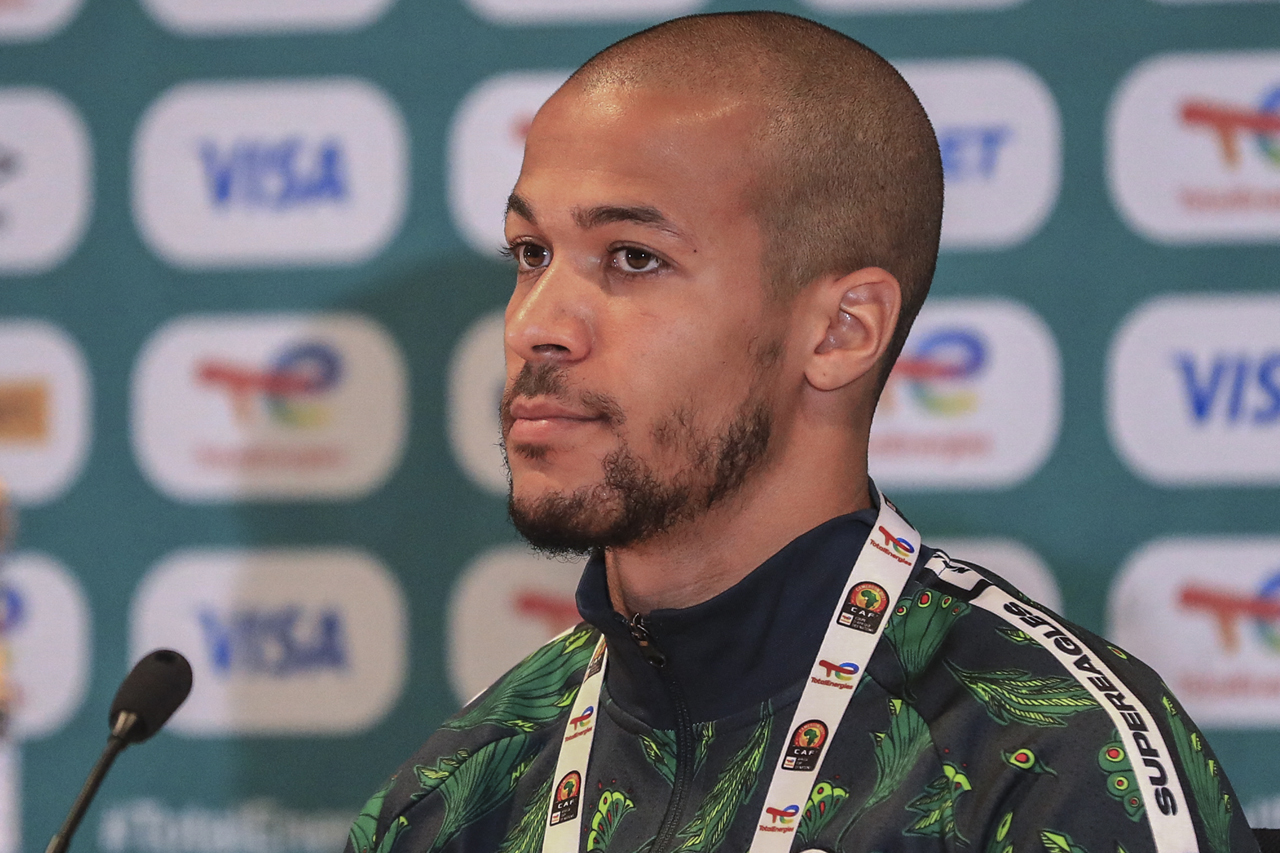 Nigerian defender William Troost-Ekong talks during a press conference in Garoua, January 18, 2022, on the eve of the Africa Cup of Nations (CAN) football match between Nigeria anf Guinea-Bissau. (Photo by Daniel Beloumou Olomo / AFP)

On the difference between the emerging Super Eagles under interim coach, Austin Eguavoen and that of Gernot Rohr, Ekong said there has not been any significant change.

“Yes, there is a new coach, every coach has his own direction and philosophy. Even under the previous coach, we were able to qualify for AFCON and got to the last stage of the World Cup playoff.

“In football, you can’t guarantee a smooth sail all the time. We have a new coach, everybody is enjoying himself because there is a new air of freedom and we are allowed to express ourselves.”

The Eagles defensive supremo said the team has enjoyed playing in Garoua and would not want to disappoint their fans. “We really are enjoying Garoua and its lush pitch. We are at home here.”