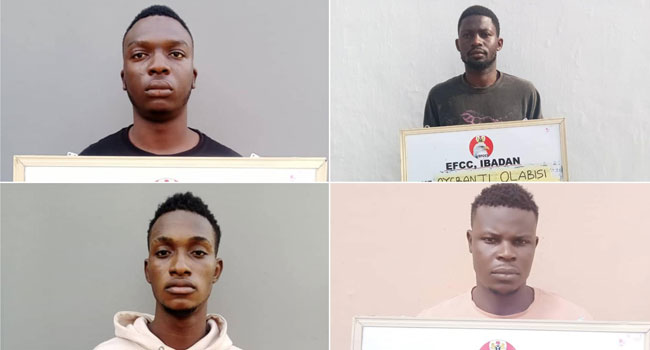 They were convicted for fraudulent impersonation, contrary to section 22(2) (b) (i) and (ii) of the Cybercrime (Prohibition, Prevention, Etc.) Act, 2015 and sentenced to various jail terms.

They all pleaded guilty to the one-count charge of impersonation separately filed against them by the Economic and Financial Crimes Commission, EFCC, Ibadan zonal office.

Their ‘guilty’ plea was part of the plea bargain agreement with the Commission. 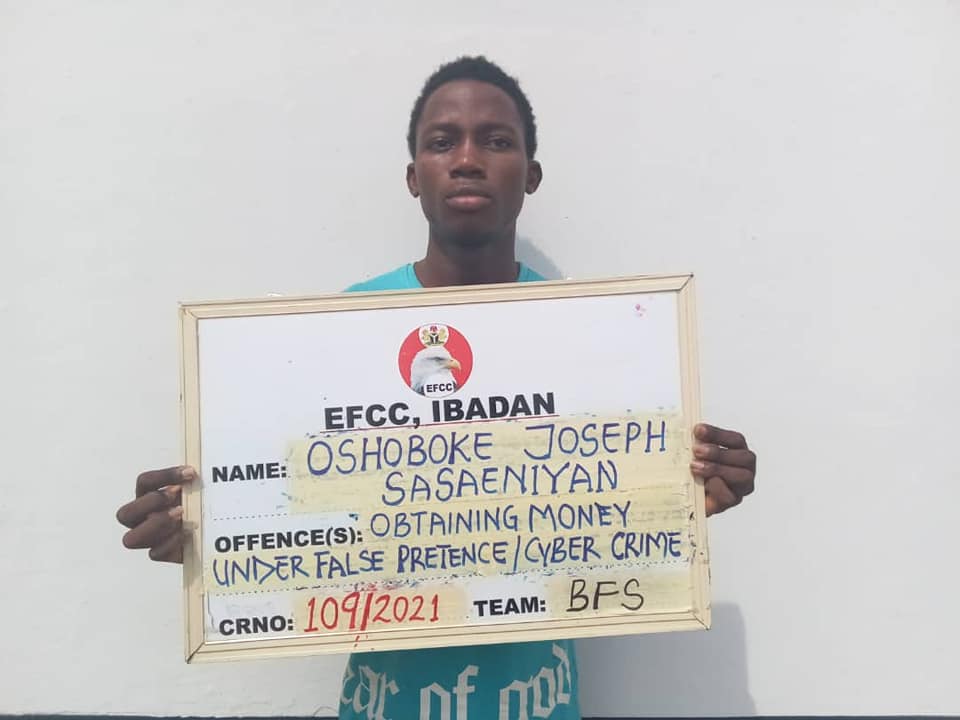 After taking their pleas, prosecution counsel Oyelakin Oyediran and Shamsuddeen Bashir prayed the court to convict them accordingly. 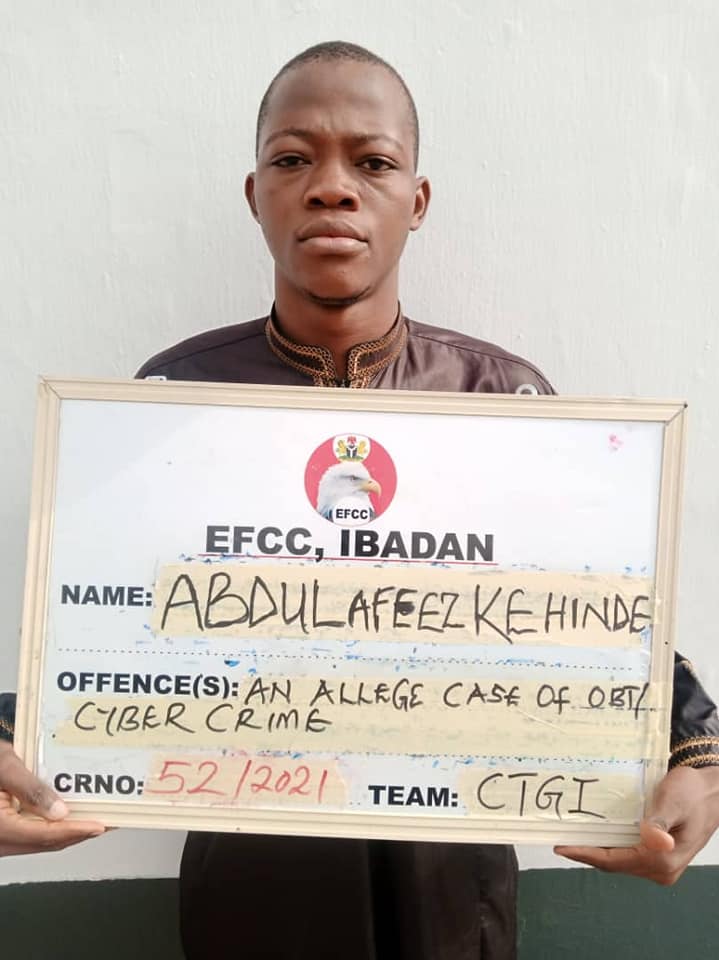 He was ordered to restitute the sum of $700 USD (Seven Hundred United States Dollars) to his victim.

The convicts are to forfeit all items recovered from them to the Federal Government of Nigeria. 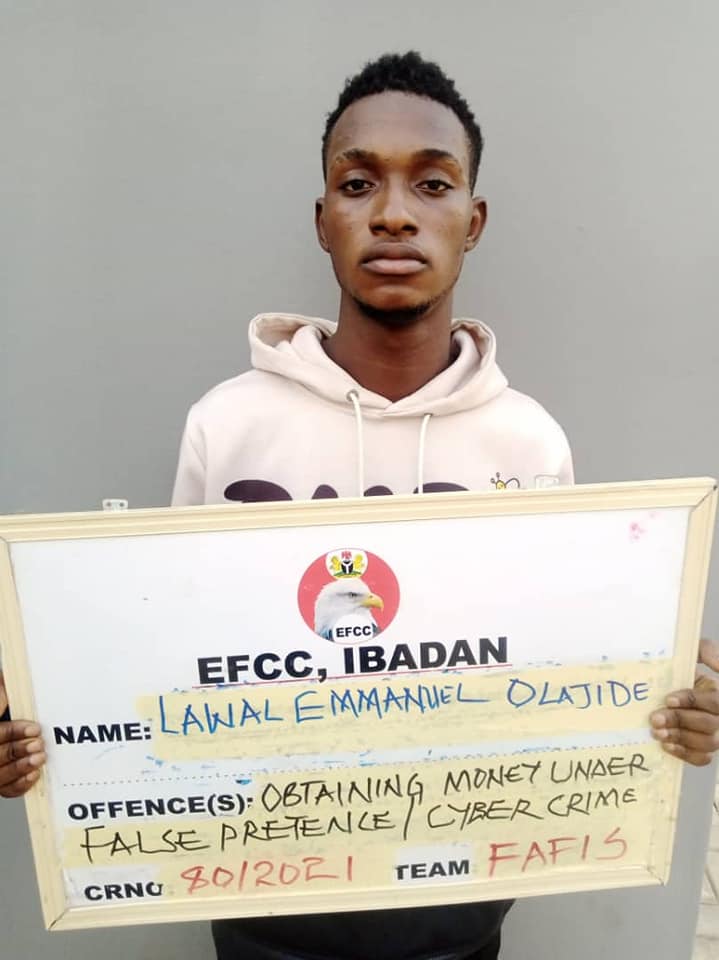 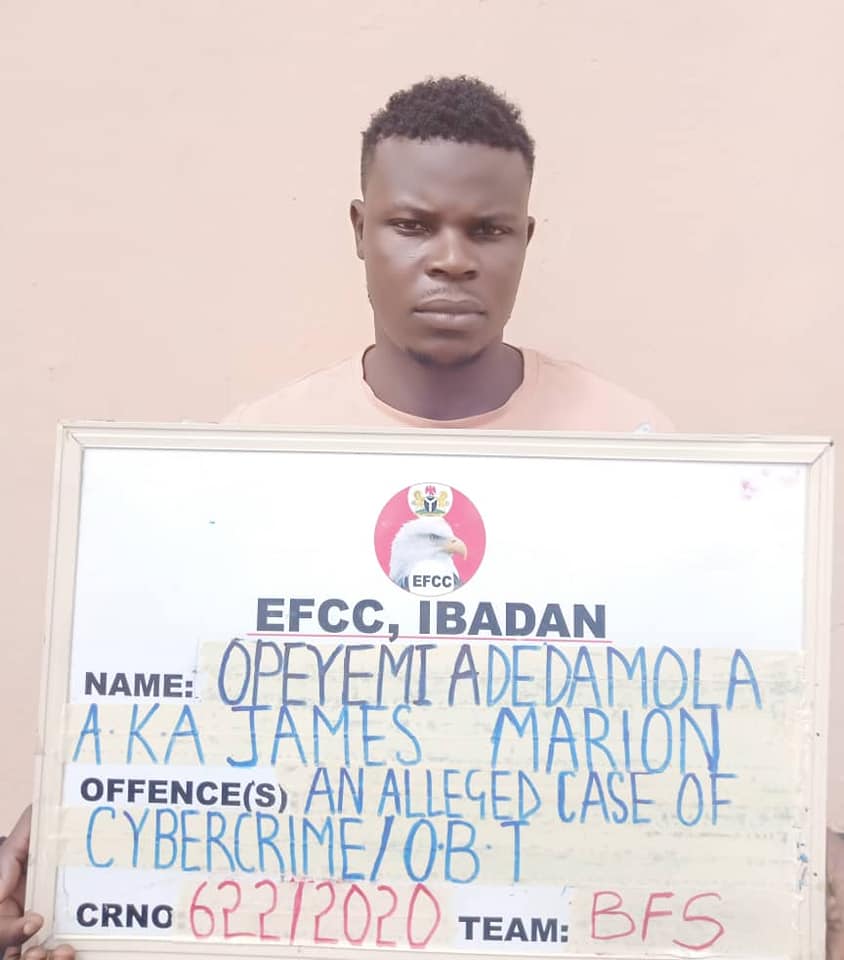 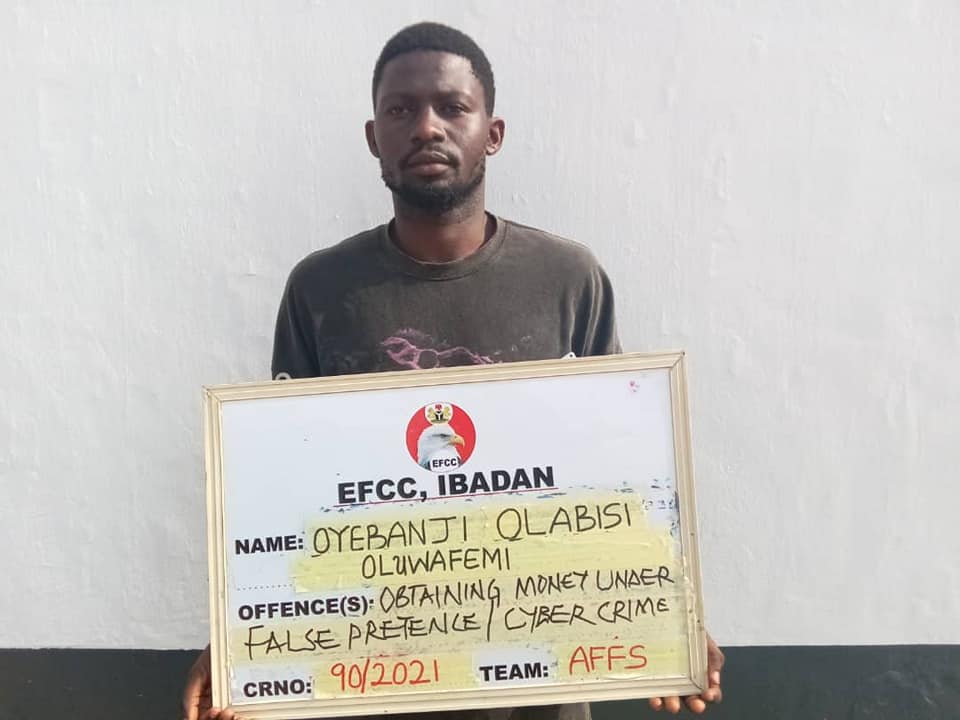 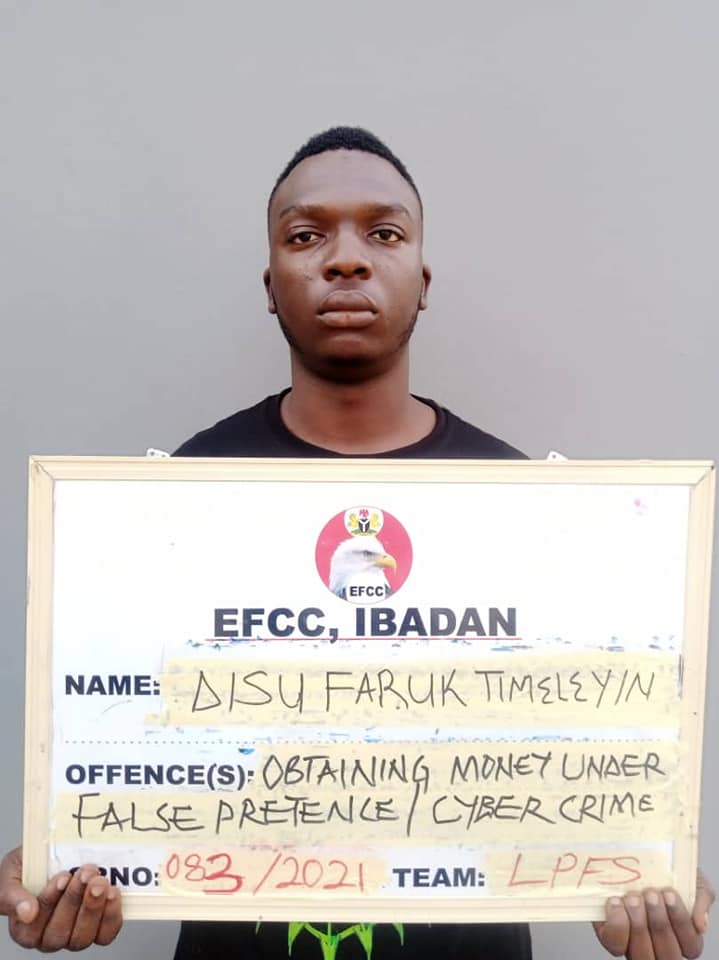