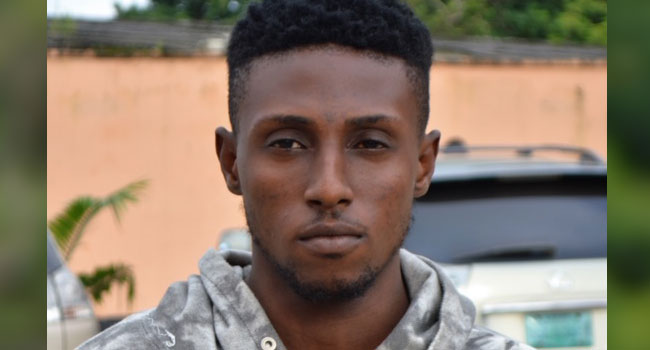 Oluwatoyi was dragged before the court on a two-count charge bordering, on obtaining money under false pretence and possession of documents containing false pretence.

Count one read: “That you Oluwatoyin Henry sometime in 2019 at Ogbomoso within the Judicial Division of this honourable court, with intent to defraud, obtained the sum of One Thousand, Two Hundred United States of America Dollars ($1,200 USD) from one Betty Mosley when you falsely pretended that you are a female citizen of United States of America by name Amanda, which representation you knew to be false and thereby committed an offence.”

He pleaded not guilty to the charges, consequent upon which EFCC counsel, Sanusi Galadanchi prayed the court for a trial date and an order to remand him in custody pending trial, while defence counsel, Samuel Olagoke informed the court that he has filed a bail application on behalf of the defendant, which he urged the court to entertain.

The judge turned down the defence’s plea and adjourned the matter till October 19, 2020, for the hearing and determination of the bail application.

He ordered that the defendant be remanded in EFCC custody pending the adjourned date.