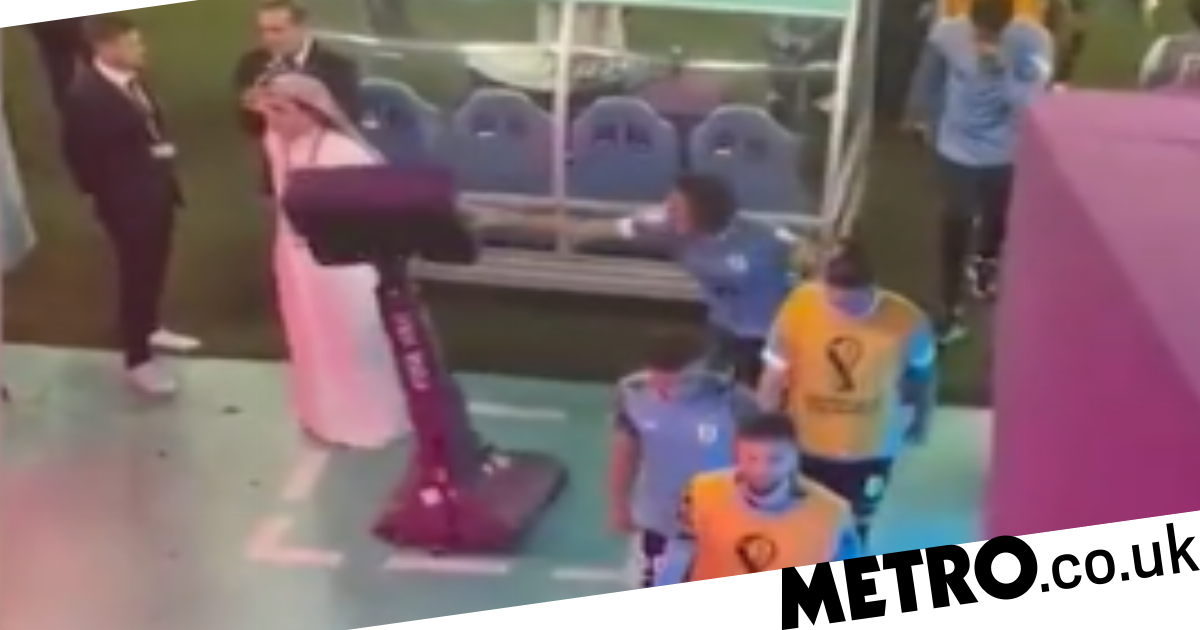 Edinson Cavani was enraged after Uruguay were eliminated from the World Cup on Friday, berating the referee and then shoving the VAR monitor to the ground in the tunnel.

Uruguay beat Ghana 2-0 in Qatar, but it wasn’t enough for them to progress to the last 16 thanks to a surprise win for South Korea over Portugal.

It was especially painful as for a long period it looked like Uruguay were going through, but it was a late winner for South Korea that sent them through and the South American side out on goals scored.

One more goal would have been enough for Uruguay and they pushed for it late on, with Cavani denied a penalty shout after going down under a challenge from Alidu Seidu.

It looked like a good call but it was not given and VAR obviously didn’t overturn the referee’s decision.

Uruguay players surrounded the officials after the match, with Cavani and Jose Gimenez shown yellow cards and the former Manchester United striker took his frustrations out still further after walking down the tunnel.

The veteran shoved over the VAR monitor, with the screen toppling to the floor in the tunnel, which was caught on camera.

On both the abusing of the officials and the damage to the monitor, former England winger Joe Cole told ITV: ‘It’s terrible behaviour. You feel frustration when you lose games of football, but you have to keep your composure because you’ve got a responsivity.

‘The world is watching, kids are watching. You can’t behave like that.’