A file photo of the Malian flag during the handover ceremony of the Barkhane military base from the French to the Malian army in Timbuktu, on December 14, 2021. PHOTO: FLORENT VERGNES / AFP

The Economic Community of West African States (ECOWAS) will impose sanctions on the military junta in Mali, while member states will withdraw all their ambassadors as well as close land and air borders with the country.

This is part of the outcome of the Extraordinary Summit of the ECOWAS Authority of Heads of State and Government held on Sunday in Accra, Ghana.

The Senior Special Assistant to the Vice President on Media and Publicity, Laolu Akande, disclosed this on Monday in a statement titled, ‘ECOWAS countries to shut all borders against Mali, recall ambassadors, reject junta’s transition schedule.’

He stated that after reviewing the situation in Mali at the summit, the sub-regional leaders rejected the transition schedule proposed by the Malian military junta which they said was totally unacceptable.

The body also imposed additional sanctions on the junta, including the suspension of all commercial and financial transactions between ECOWAS states and Mali.

It, however, exempted some products such as essential consumer goods, pharmaceutical products, as well as medical supplies and equipment, especially materials for electricity and the control of COVID-19. 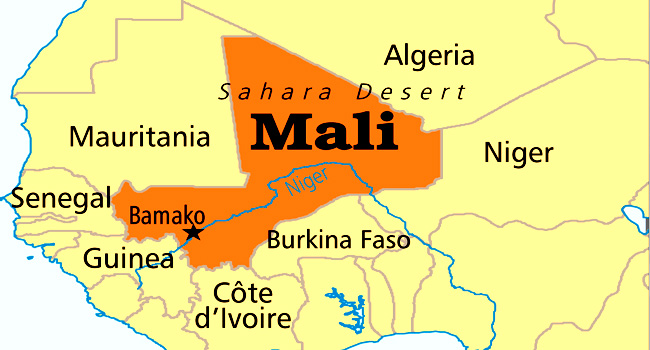 Mali, officially the Republic of Mali, is a landlocked country in West Africa and the eighth-largest country in Africa

The communique also disclosed that the Authority of ECOWAS Heads of State and Government “instruct all Community institutions to take steps to implement these sanctions with immediate effect.”

It stated that the sanctions will only be gradually lifted “after an acceptable and agreed transition chronogram is finalised and monitored-satisfactory progress is realised in the implementation of the chronogram for the elections.”

The Vice President, Professor Yemi Osinbajo, who attended the summit, explained that there was a strong resolve by the ECOWAS Member States to stand against coup d’etats in the sub-region.

“What is being done is unprecedented,” he said while briefing reporters after the summit. “In the years gone by, the African Union, then known as OAU and ECOWAS, never came down heavily on Coups d’etats.

“But there is evidence now that there is a very strong resolve that ECOWAS and, indeed, AU and the international community will not accept unconstitutional takeover of government.”

Super Eagles, Maduka Okoye And The AFCON Defeat By ...