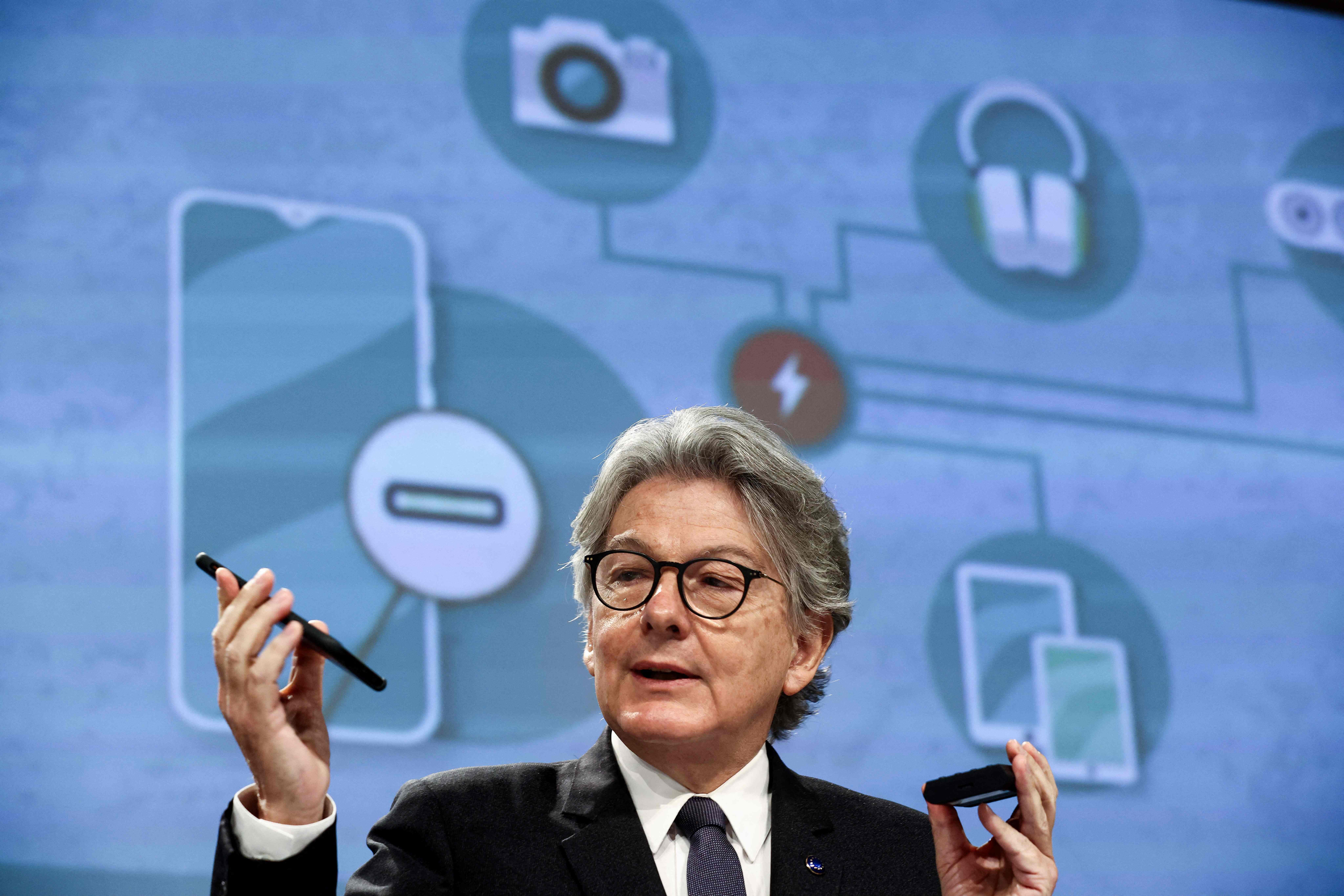 European Union officials agreed Tuesday on new rules requiring a uniform charging cord for smartphones and other devices, a move that would make life easier for consumers fed up with rummaging through a tangle of cables for the right one.

E.U. negotiators said they inked a provisional agreement on a “single charging solution,” part of a wider effort to make products sold in the 27-nation bloc more sustainable and cut down on electronic waste.

The new rules, which will take effect by fall 2024, mean E.U. consumers will only need to use a common USB Type-C cable for small and medium-sized rechargeable, portable electronic devices.

Laptops also are covered, but manufacturers will have extra time to comply.

While many electronics makers have started adopting USB-C sockets into their devices, Apple has been one of the main holdouts.

Apple, which did not respond to a request for comment, has previously said it’s concerned the rules would limit innovation and hurt consumers. The company’s iPhones come with its own Lightning charging port, though newer models include cables that can be plugged into a USB-C socket.

The E.U. rules also outline standards for fast charging technology and give consumers the right to choose whether to buy new devices with or without a charger, which the E.U. estimates will save consumers 250 million euros ($266 million) a year.

Reducing electronic waste is another goal. The E.U. estimates disposed or unused chargers account for 11,000 metric tons of e-waste in Europe every year.

The E.U. spent more than a decade trying to cajole the electronics industry into adopting a common charging standard, an effort that whittled different charging plugs down to a handful until the European Commission, the bloc’s executive arm, forced the issue with draft legislation last September.

The European Parliament and European Council are expected to give formal approval to the agreement after the summer break.