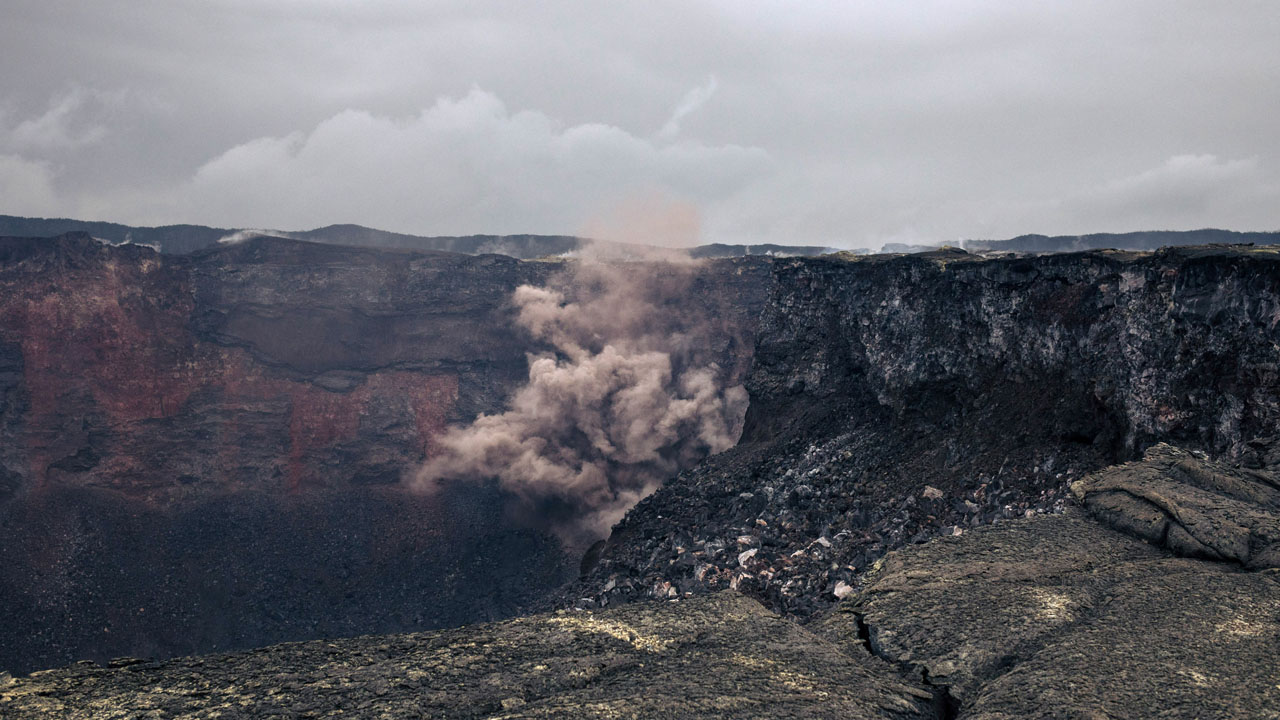 A photo taken on May 30, 2021 shows the crater of the active Nyamuragira volcano, close to the Nyiragongo volcano, north of Goma, the provincial capital of North Kivu. – The Nyiragongo, Africa’s most active volcano, located in the Virunga National Park, erupted on May 22, 2021, killing 32 people and sweeping away the electricity facilities. The possibility of a second eruption in the coming days is not ruled out by scientists on the ground. (Photo by ALEXIS HUGUET / AFP)

The Democratic Republic of Congo on Monday announced the “progressive return” of residents who fled the city of Goma amid fears of a catastrophic eruption by the nearby volcano Nyiragongo.

Around two-thirds of Goma’s 600,000 population left after an evacuation order was issued last month, although thousands have since streamed back, defying official warnings.

“Today, we decided on the progressive return of displaced people in line with a plan which will be issued by the military governor,” Prime Minister Jean-Michel Sama Lunkonde Kyenge told a press conference in Goma.

“Compared with two weeks ago, the situation in terms of seismic activity has improved. We now able to contemplate the future with less worry,” he said.

The military governor of North Kivu province, General Constant Ndima, told the press conference that schools would reopen on June 14.

Goma lies on the shores of Lake Kivu, just a dozen or so kilometres (nine miles) from Mount Nyiragongo, Africa’s most active volcano.

Nyiragongo suddenly erupted on May 22, spewing out two rivers of lava before stopping the next day.

But powerful aftershocks followed, causing several buildings to collapse and triggering panic among the population, while scientists said they feared a potentially catastrophic eruption under the lake.

In response, Ndima on May 27 ordered the evacuation of 10 out of the city’s 18 districts.

Some 120,000 people arrived in the town of Sake, about 25 kilometres (15 miles) to the west, while thousands more fled to the Rwandan town of Gisenyi, just across the border to the east.

However, large numbers have returned informally, and by the middle of last week, the city centre seemed as it had almost returned to normal.

The city’s airport reopened on Saturday.

Thirty-two people died from lava burns or asphyxiation after the May 22-23 eruption, and two more died in accidents during the exodus.

Lukonde Sama, who came to Goma with around a dozen ministers, said the health authorities would be vigilant about preventing the risk of cholera, tuberculosis and other diseases during the return process.

“Areas that have been ravaged by the volcano should no longer be occupied by the public,” he added.

“We should draw the lessons of 2002 and 2021 eruption to ensure that people are never again placed so close to danger.”

Around 100 people died in the January 2002 eruption, which smothered swathes of eastern Goma and half of the airport’s runway with lava.