There was palpable chaos in Owerri, the Imo State capital where End SARS protesters comprising mainly youths took to the streets to protest against the crimes committed by some members of the police Special Anti-Robbery Squad (SARS).

The protesters had gathered around the popular Imo state university junction in Owerri bearing carrying placards with various inscriptions and chanting solidarity songs, but as has become a usual occurrence with the End SARS protests, officers of the Nigeria Police Force (NPF) were on the ground to disperse the gathering.

The public demonstration in Owerri today, however, took a slightly different turn when in a bid disperse the crowd, a Division Police Officer (DPO) got into an altercation with a protester. 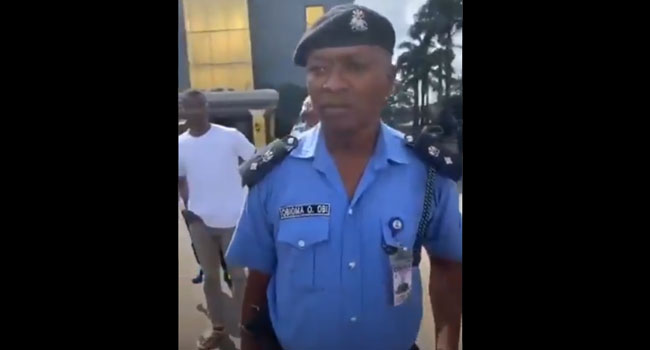 As the argument got a bit more heated, the DPO whose name we gathered is Obioma Obi, cocked his gun and gestured like he was going to shoot the protester who by this time could be heard screaming “shoot us!”.

After a short back and forth, the protesters were dispersed with heavy teargas by the officers of the Imo state police command, an action that has also left more questions about operations of the Force and the rights of the Nigerian citizen.

The police were trying to do their job

Reacting to the incident which took place earlier on in Owerri, Police Commissioner Isaac Akinmoyede said in dispersing the crowd, the officers were only doing their job.

Addressing newsmen in Owerri, Mr. Akinmoyede said the policemen were at the venue of the protest to prevent any breakdown of law and order in the state as the actions of the protesters were already disturbing the free flow of traffic. 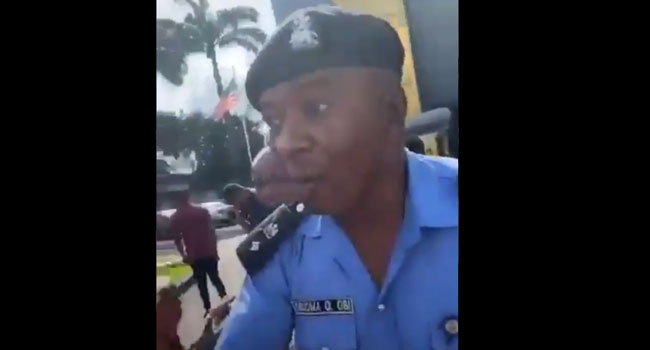 Mr Akinmoyede however promised to take disciplinary actions against Mr. Obioma Obi for pulling a gun on the protesters stressing that the action of the DPO is not acceptable to the Nigerian Police.

He said the Force is meant to be civil to the members of the public, adding that even though he was trying to shrug off an intending mob action, the officer should have been more civil.