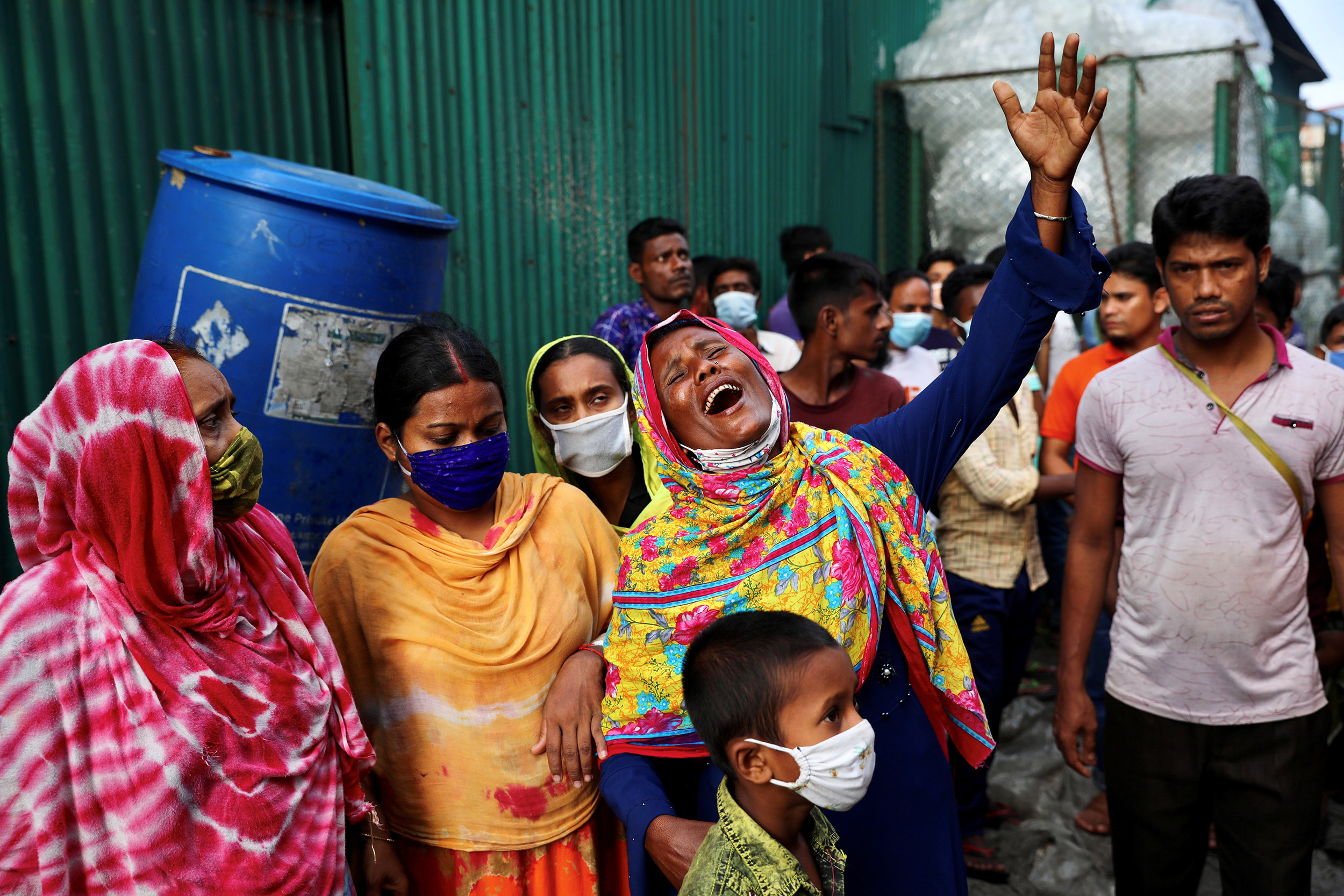 At least 49 people were feared dead after a fire ripped through a food and beverage factory just outside Bangladesh’s capital Dhaka, local TV stations reported on Friday.

At least 20 more were injured after the blaze broke out on Thursday night, Reuters reported.

Details of the cause of the fire and how many people remain trapped inside are unclear.

Rescuers were trying to recover bodies from the factory, which was locked from the inside when the fire began, The Associated Press reported, citing local TV station Ekattor TV. It added that 17 bodies have been recovered so far.

Distraught relatives have arrived at the scene, according to local media reports.

“It is not clear how many workers are trapped. We are gathering information,” Mustain Billah, the Narayanganj district administrator, told Reuters from the scene.

Reuters reported that some of the injured people jumped off the second and third floor of the building.

Reuters and The Associated Press contributed.