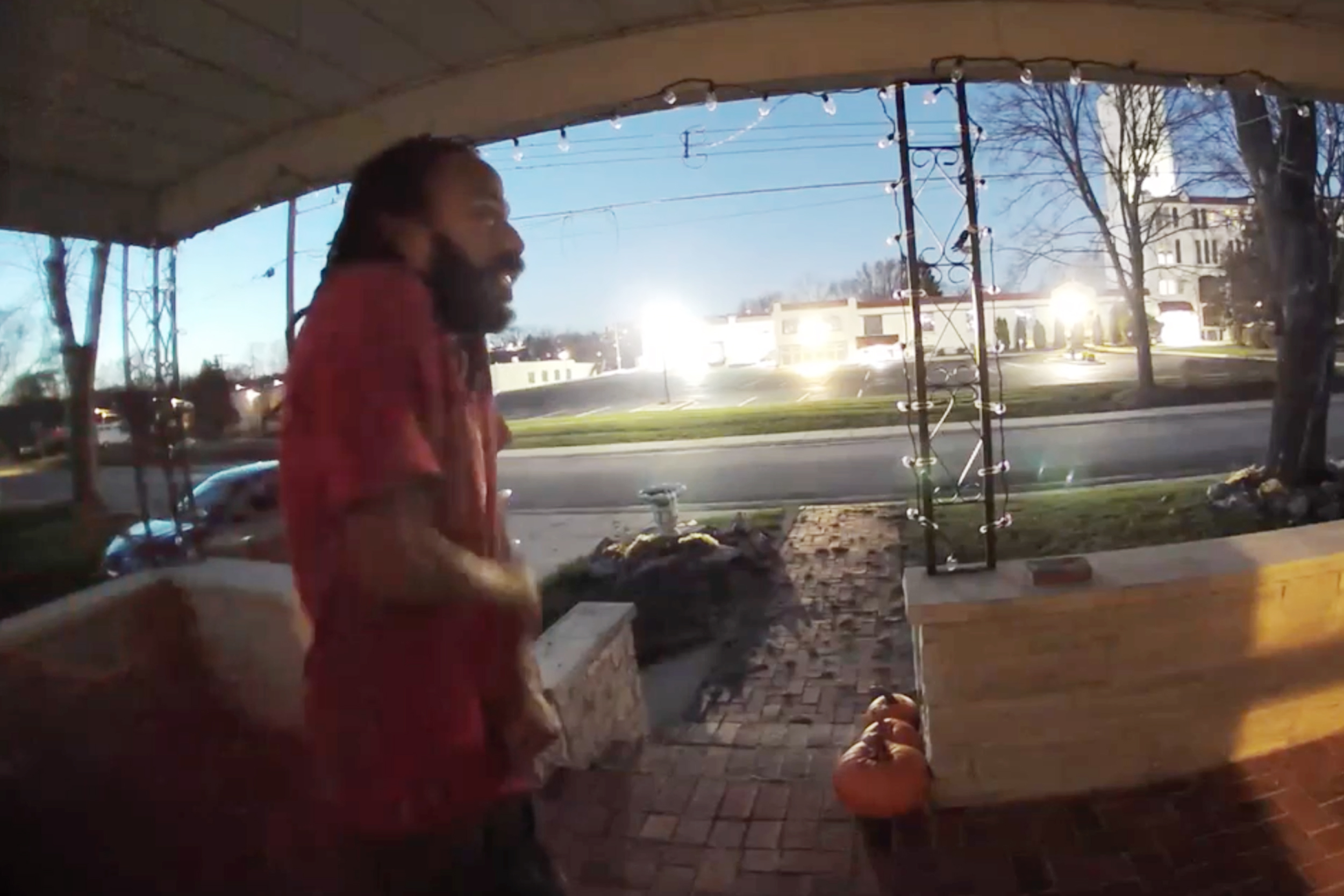 The suspect accused of mowing down a crowd of holiday revelers in Wisconsin was captured in a doorbell camera before his arrest pleading for help and telling a resident he was waiting for an Uber, according to video obtained Monday by NBC News.

The Nov. 21 video also shows authorities arriving at the Waukesha home and telling the suspect, Darrell Brooks, 39, to put his hands up.

It isn’t clear whether the house, roughly a half-mile from the Waukesha Christmas parade route that Brooks is accused of plowing into, is where police placed him under arrest.

The Waukesha Police Department did not respond to requests for comment Monday.

In videos shared with by NBC News by resident Daniel Rider, Brooks — wearing a T-shirt and shivering on Rider’s front porch — can be seen knocking on the home’s front door.

A timestamp on the video shows that it was recorded just after 5 p.m. local time, about 20 minutes after Brooks allegedly tore through parade route barricades, killing five people and injuring dozens more.

“I called an Uber and I’m supposed to be waiting for it over here, but I don’t know when it’s coming,” he can be heard saying. “Can you call it for me please? I’m homeless.”

In an interview, Rider, who’d been away on a hunting trip and was watching football when the crash occurred, said he had no idea about what had just happened blocks away.

He said he invited Brooks inside and gave him a jacket, made him a sandwich and let him use his phone.

“All of a sudden, I look outside my street and I see a few cop cars drive by and I’m getting extra nervous,” he said.

The encounter, part of which was captured on video, showed Brooks walking around Rider’s front porch. Police officers can be seen arriving at the house and ordering Brooks to put his hands up.

“Whoa, whoa, whoa,” he can be heard saying while appearing to comply.

Authorities have said that Brooks fled the scene of a domestic disturbance just before the crash. Responding officers were redirected to the parade route, which observers compared to a war zone.

Brooks, who has a lengthy criminal history that includes sexual abuse and battery, was charged Nov. 5 in a separate domestic violence case. He posted $1,000 cash bond was released six days later.

His lawyer in that case has declined to comment to NBC News. It isn’t clear if he has another lawyer for the charges related to Sunday’s crash.

Shamar Walters is a reporter for NBC News’ Social Newsgathering team based in New York City.