Celebrity disc jockey, Dj Cuppy savagely responds to a follower who subtly attacked her for showing extra care to her puppies. 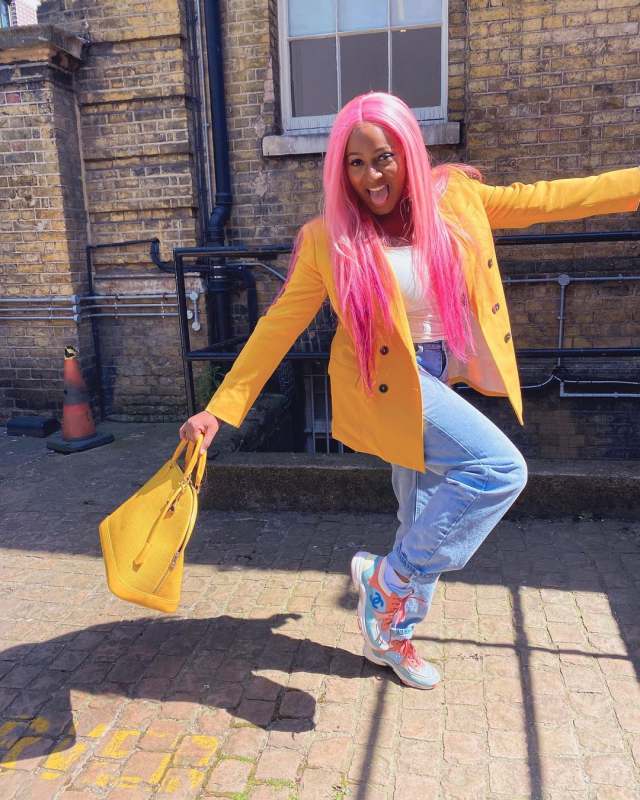 The billionaire’s daughter had shared photos of her puppies wrapped in cosy towels as she affirms how the transition to motherhood has touched and made her a softer person.

“Motherhood is already making me a better person… I might even do giveaway soon,” Cuppy wrote while sharing photos of her puppies. 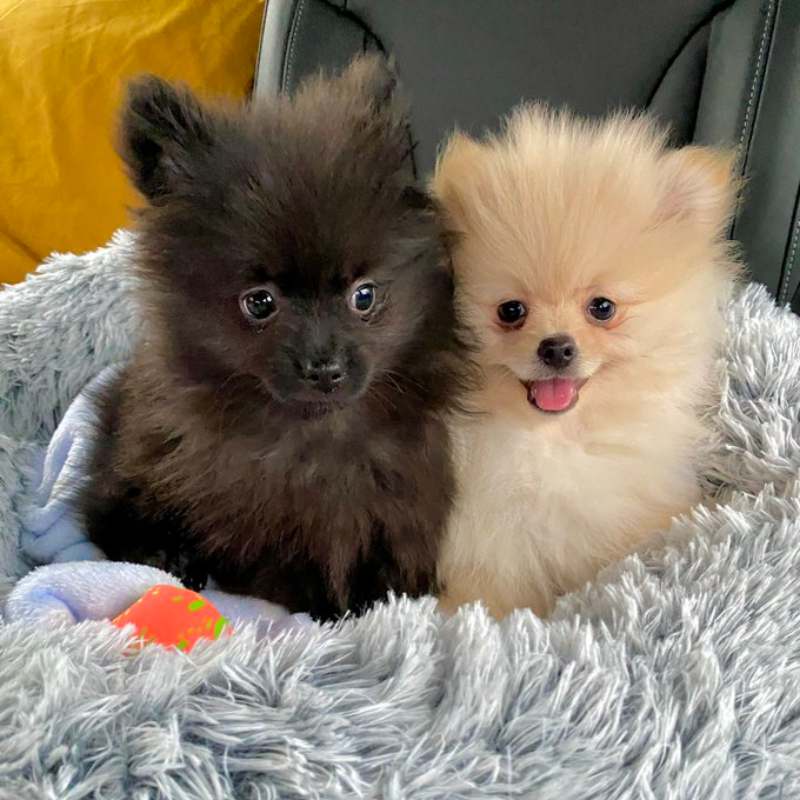 In reaction, a follower expressed exhaustion of the renowned DJ’s act as he blatantly stated that he is so done with her behaviours.

DJ Cuppy, however, did not let it cool before savagely firing back by telling the fan to ‘sit down’ since she cannot stand her anymore.

See their exchange below … 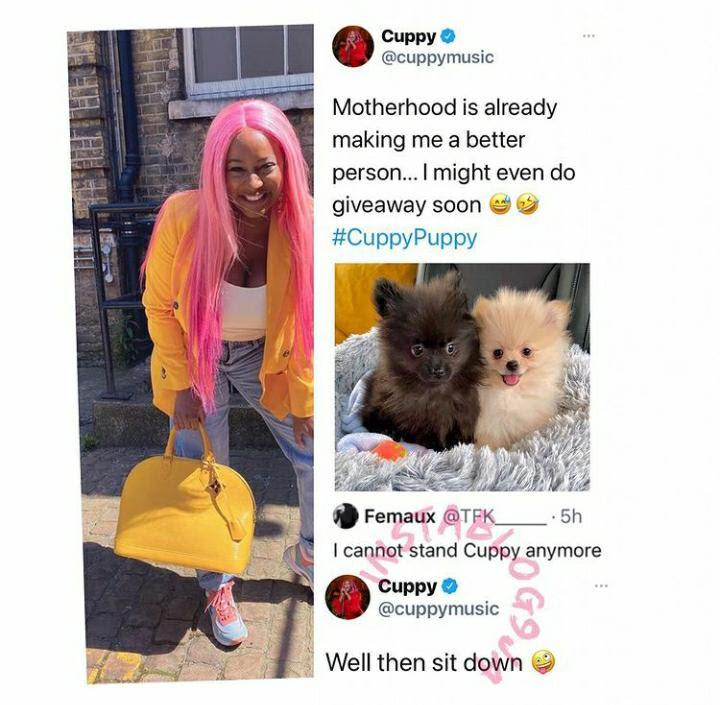