This is coming after her fans dragged her on Twitter for saying she was making huge efforts for the campaign, behind closed doors. 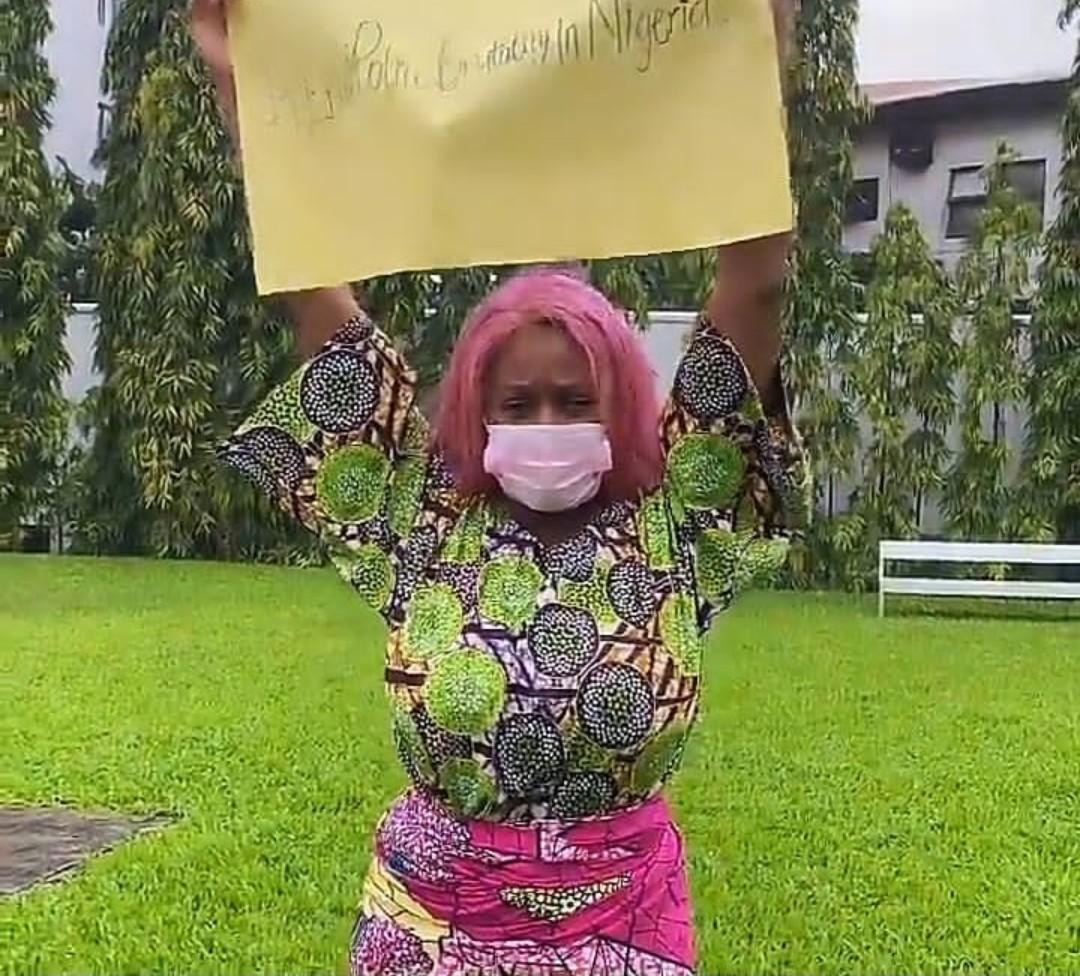 They stated that Cuppy is a very loud person, and now that it has come to fighting SARS, she’s suddenly silent.

Bowing to pressure however, the billionaire daughter has shared a video of herself standing under the rain and holding a placard against police brutality and SARS.

In her caption, she said the rain and self-isolation could not stop her from joining the fight.

In her words:
“Rain and self-isolation won’t stop me! ✊ #EndSars”