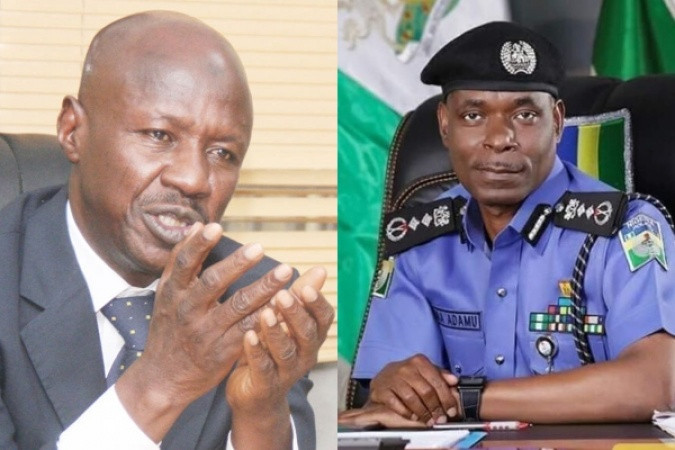 The Inspector-General of Police, IGP Mohammed Adamu, has asked suspended EFCC boss, Ibrahim Magu, to direct his bail application to the Presidential Panel investigating the allegations of corruption against him and not the police.

LIB last week Friday July 15, reported that Magu had written a letter through his counsel, Oluwatosin Ojaomo, to the IGP asking for bail on self-recognizance.  Magu has been detained at the Force Criminal Investigation Department (FCID) since Monday, July 6 when he first appeared before the presidential panel probing him over the allegations of corruption leveled against him by the Minister of Justice and Attorney-General of the Federation, Abubakar Malami.

Responding to his letter, the police chief said Magu is not being detained by the police but by the Presidential Panel investigating the activities of the EFCC. The letter written by his Principal Staff Officer, DCP Idowu Owohunwa, dated 14th July, 2020 reads

The Inspector General of Police directs that your attention be drawn to the fact that the Nigeria Police Force is not investigating CP Ibrahim Magu (your client), and he is accordingly, not being detained by the Police but by the Presidential Panel that is investigating the activities of the Economic and Financial Crimes Commission (EFCC).

The Inspector General of Police therefore advises that you consider redirecting your request to the Chairman of the Presidential Panel for appropriate attention.

I am to convey the assurances of the warmest regards of the Inspector General of Police, please.”