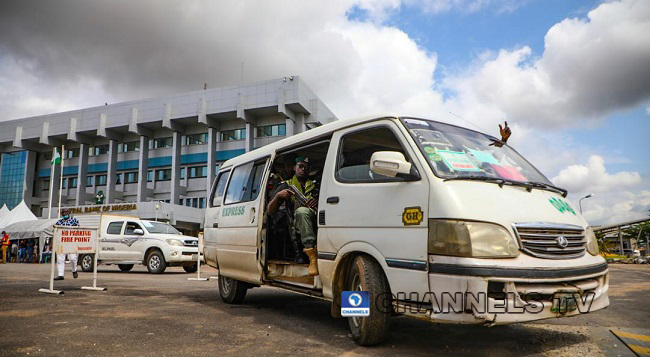 A non-governmental organisation, Yiaga Africa has urged the government to shun the use of police and other security agencies during elections.

The Executive Director of the group, Samson Itodo, made the appeal on Thursday in Akure, the Ondo State capital ahead of the governorship election in the state.

“Given the pervasive threat to safety and security in the Ondo election, Yiaga Africa urges the Federal and state government to desist from partisan use of the police and security forces to manipulate the electoral process,” he said.

Itodo added, “In ensuring adequate security for the election, security agencies should manage their operation with the utmost levels of neutrality and professionalism.

“Respect for the law and citizen’s constitutional and civic rights should be maintained without excessive use of force.”
He also asked the security agencies to ensure the protection for voters, observer groups, media, and vulnerable voters, especially women and persons with disabilities.

The executive director believes voter turnout may increase if the security agencies prove that the environment is secured for them to exercise their franchise.

He stressed that it was important for the security agencies to enforce appropriate sanctions for any form of violation of the right to vote.

Itodo also called on the Independent National Electoral Commission (INEC) to ensure the early payment of the allowance of ad-hoc officials for the election.

According to him, the electoral body must ensure all vehicles to be used for the movement of election materials and personnel are deployed to the Registration Area Camps a day before the commencement of the poll.

The executive director urged INEC to collaborate with the security agencies, especially the police to arrest and prosecute any member of the National Union of Road Transport Workers (NURTW) who violates the contractual agreement or makes any attempt to undermine the election.

“INEC should sustain the use of the election results viewing portal and ensure timely post of the Form EC 8 A at the polling units.

Itodo added, “INEC must show utmost professionalism in election administration and ensure timely, effective, and secure deployment of its staff, materials (sensitive and non-sensitive), and other resources needed for the election to enable early commencement of polls.”

The Co-Chairs of Yiaga Africa WTV Working Group, Dr Aisha Abdullahi and Ezenwa Nwagu, who were also at the briefing, decried the recent incidents of violence in the state ahead of the poll.

They noted that pre-election observation findings revealed a consistent trend of violence and arms stockpiling across some local government areas in the state.
Abdullahi and Nwagu were also worried that the low turnout of voters may further enhance chances for electoral manipulation in the strongholds of the major political parties, particularly in rural areas where election rigging was common.

They, therefore, called on the government, INEC, and security agencies among other major key stakeholders in the election to ensure a peaceful process on Saturday.