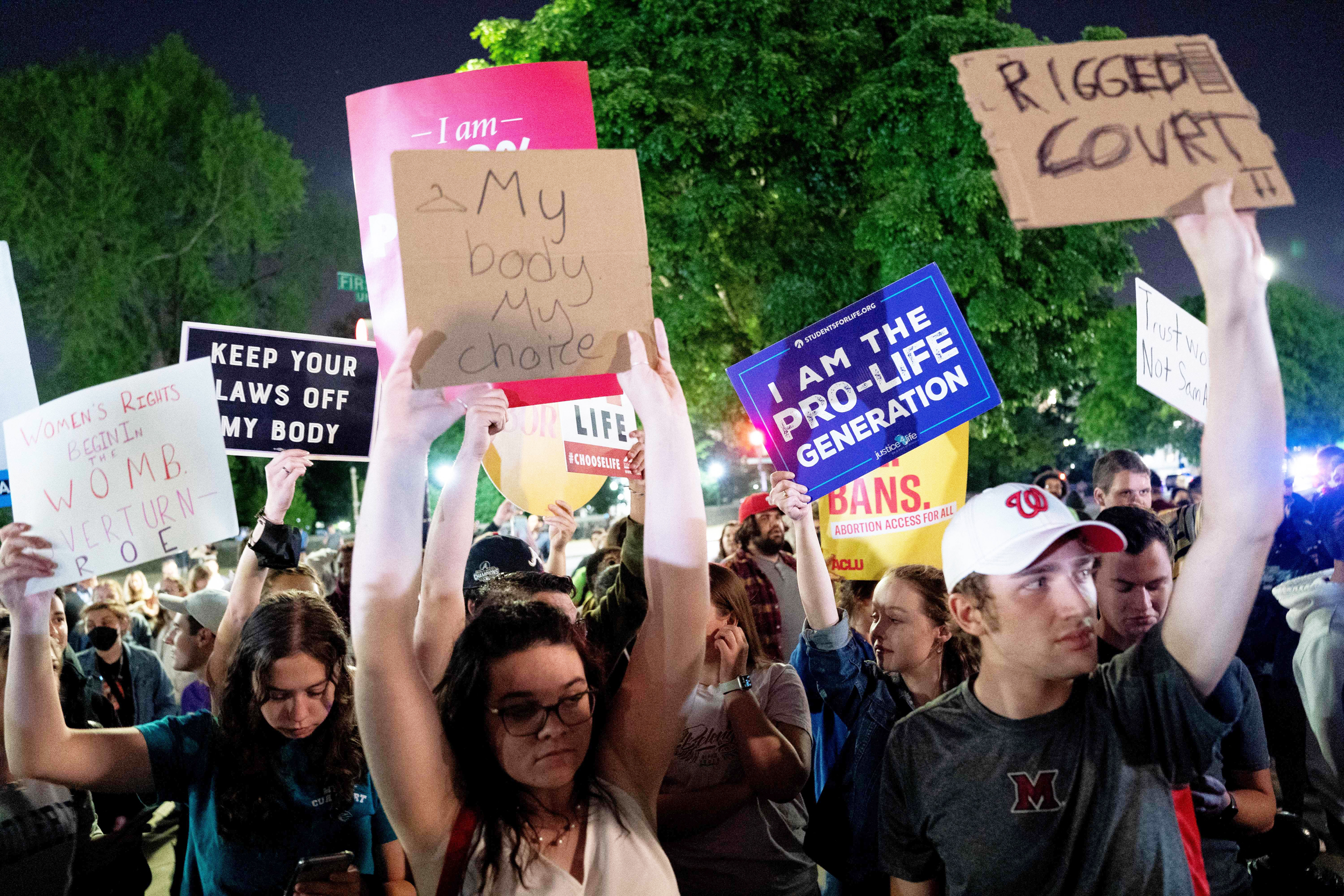 But even though they control the White House and both chambers of Congress, they don’t have the votes — and are unlikely to find them under the current configuration of Capitol Hill, where they hold slim majorities and face fierce Republican opposition.

“I think we need to once again bring the Women’s Health Protection Act up for a vote that would guarantee that Roe v. Wade would be the law of the land,” Sen. Amy Klobuchar, D-Minn., said Tuesday on CBS News. “Our Republican colleagues have, very sadly for the women of America, been blocking that from coming up to a vote. But I believe we need to immediately call it up for a vote again.”

The Women’s Health Protection Act passed the House by a vote of 218-211, with every Democrat except Rep. Henry Cuellar of Texas voting in favor, and Republicans unanimously voting against it.

It has 48 co-sponsors in the Senate, facing opposition from Democratic Sens. Joe Manchin of West Virginia and Bob Casey of Pennsylvania, both of whom describe themselves as pro-life. Republican Sens. Susan Collins of Maine and Lisa Murkowski of Alaska say they favor abortion rights but do not support the Women’s Health Protection Act.

Senate Republicans have also led a filibuster of the bill. It was blocked from being debated in February by a vote of 46-48, with six senators missing the vote.

“It is my intention for the Senate to hold a vote on legislation to codify the right to abortion in law,” he said, calling it “a dark and disturbing morning for America” if the draft reflects the final ruling.

The draft opinion was first reported by Politico. The Supreme Court confirmed the authenticity of the draft but noted that it didn’t represent an official decision by the court or the final position of any justice. Chief Justice John Roberts said the court will investigate the leak.

On Monday evening, Sen. Bernie Sanders, I-Vt., called for eliminating the filibuster to advance the legislation.

That’s highly unlikely to happen. Manchin and Sen. Kyrsten Sinema, D-Ariz., are resolute in support of the filibuster. Collins and Murkowski, who introduced a narrower bill to protect abortion rights, are opposed to weakening the 60-vote threshold and are extremely unlikely to flip while Democrats control the chamber.

Collins, who voted for conservative Justices Neil Gorsuch and Brett Kavanaugh, said she was upset with the leaked opinion.

“If this leaked draft opinion is the final decision and this reporting is accurate, it would be completely inconsistent with what Justice Gorsuch and Justice Kavanaugh said in their hearings and in our meetings in my office,” she said in a statement. “Obviously, we won’t know each Justice’s decision and reasoning until the Supreme Court officially announces its opinion in this case.”

President Joe Biden hinted at the legislation roadblock ahead this year, saying in a statement Tuesday that if the Supreme Court overturns Roe, it “will fall on voters to elect pro-choice officials this November.”

“At the federal level, we will need more pro-choice Senators and a pro-choice majority in the House to adopt legislation that codifies Roe, which I will work to pass and sign into law,” the president said.