It has been reported that the women of Idumuje-Ugboko community of Delta State took to the street to protest against Regina Daniels husband, Ned Nwoko, on Wednesday. 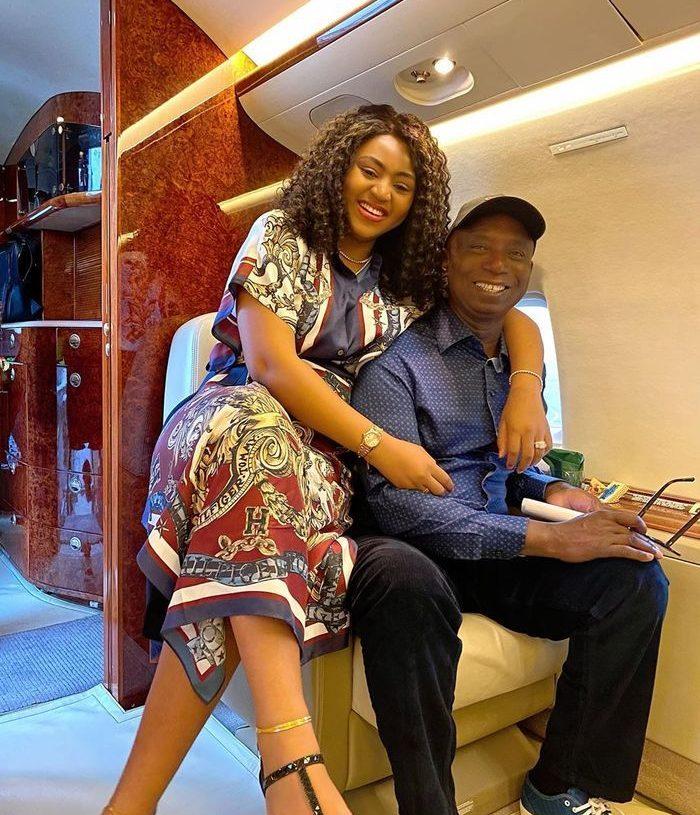 The former lawmaker was accused of oppressing the indigenes of the land and incarcerating their husbands , relatives and sons.

According to Sahara reporters, the billionaire was said to have forcefully taken over several hectares of land belonging to the people of the community. The protesters which consists of women of different ages under the umbrella of Concerned Women of Idumeje-Ugboko, were seen with placards bearing different inscriptions while marching to the Delta State Government House, Asaba, to air their grievances. 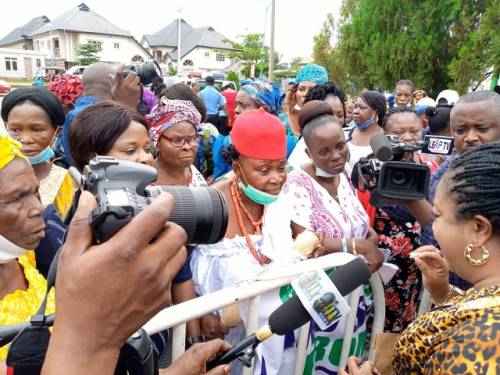 The women further said that the local government council is working for Nwoko “legitimizing illegality through issuance of customary rights of occupancy on lands under customary dispute and legal litigation”. 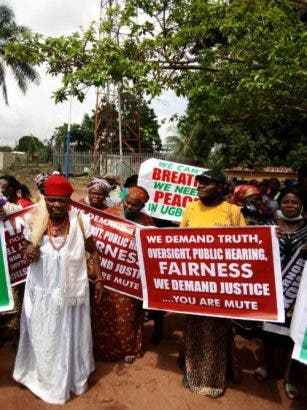 In a petition to the Governor of Delta State, the protesting women of the community alleged Ned forcefully disposed farmers of their ancestral land for commercial use.

“We consider it in the worst interest of the state and humanity to destroy food and cash crop farms and replace them with a golf course while leaving the owners with no alternative but a transition from being landlords to at best, tenants.”