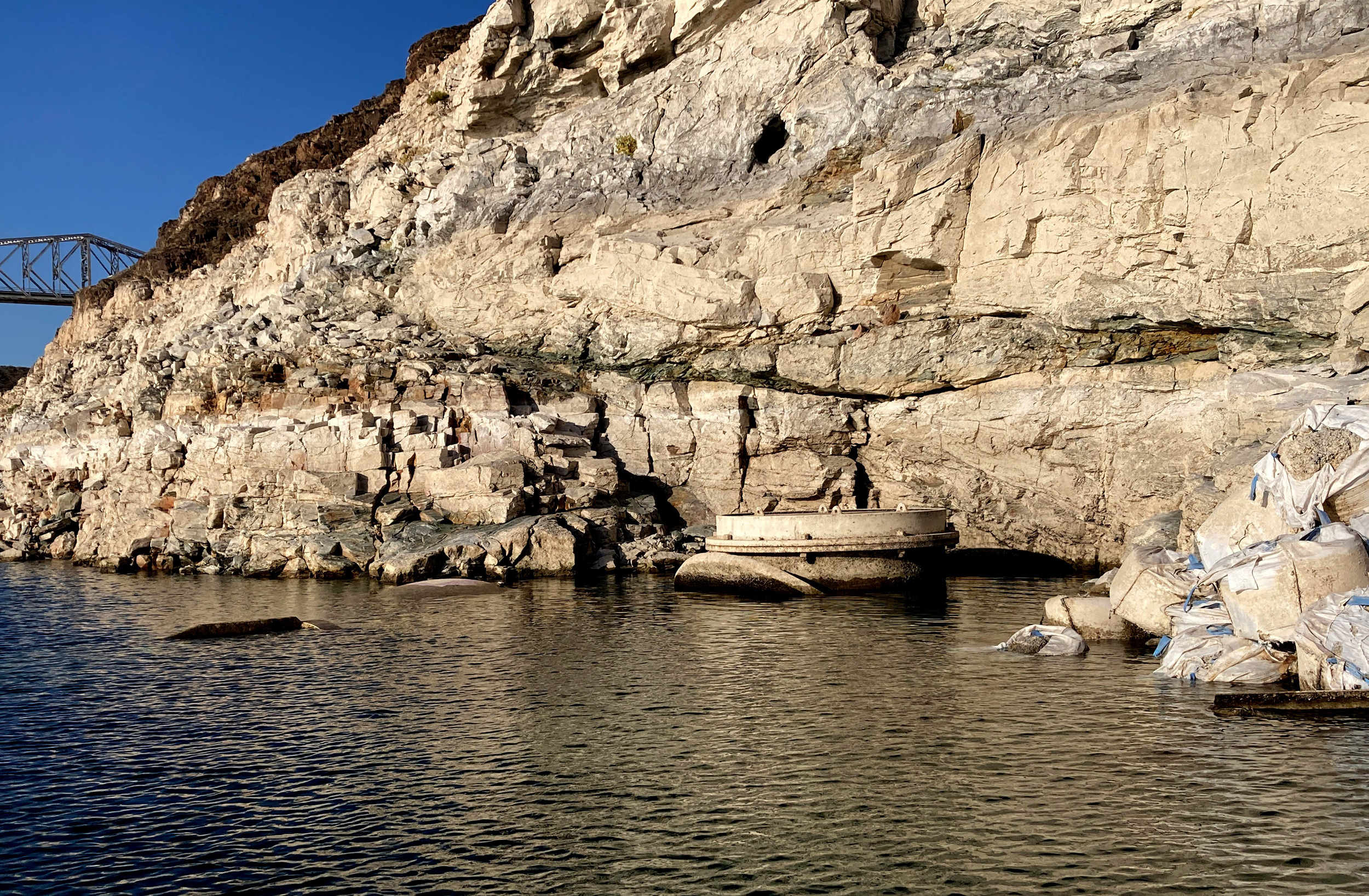 Human remains in a barrel were discovered Sunday along the drought-parched and receding shoreline of Nevada’s Lake Mead, according to police.

The National Park Service alerted the Las Vegas Metropolitan Police Department about the discovery of the barrel, with the remains inside.

Investigators believe the victim was killed between the 1970s and 1980s based on the clothes and shoes found on the body, a Las Vegas Metropolitan Police Department statement said.

“We believe this is a homicide as a result of a gunshot wound,” Homicide Section Lt. Ray Spencer said, according to the statement.

The Clark County Medical Examiner will work to confirm the cause of death, according to the National Park Service.

The National Park Service added in a statement that rangers first investigated the incident at Lake Mead National Recreation Area Sunday afternoon. The investigation is ongoing, and the park service declined to comment further.

Lake Mead and Lake Powell upstream are the largest human-made reservoirs in the U.S., part of a system that provides water to more than 40 million people, tribes, agriculture and industry in Arizona, California, Colorado, Nevada, New Mexico, Utah, Wyoming and across the southern border in Mexico.