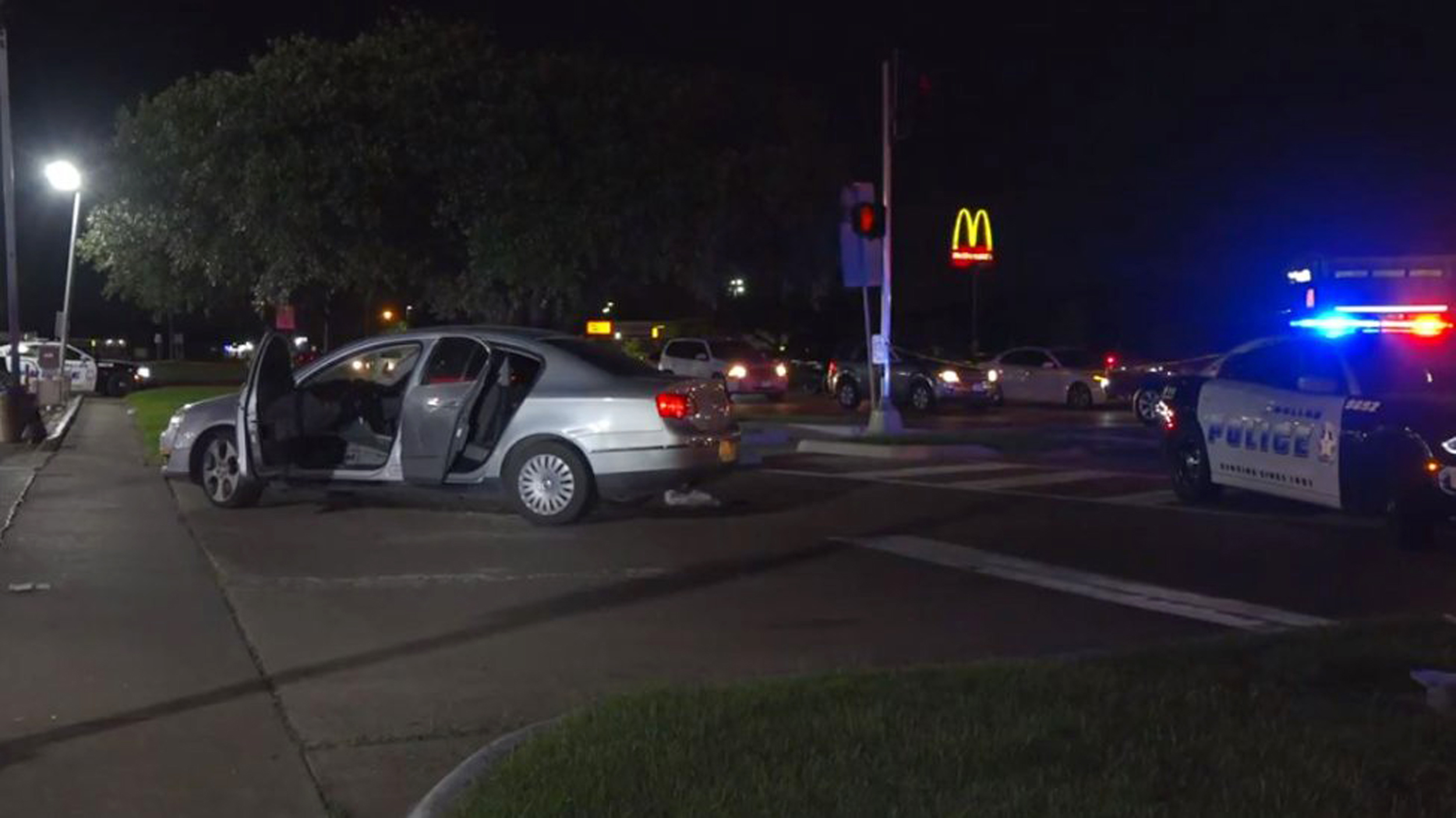 Recent high profile reports of road rage incidents, some of which resulted in death, have law enforcement agencies across the country ramping up police presence and pleading with motorists to practice safe driving.

In Irving, Texas, police requested the public’s help after a man was filmed on video firing 17 shots at another car during a suspected road rage incident. In footage shared by the Irving Police Department, the man is seen standing outside of his white BMW while he shoots at a burgundy Chrysler 200.

The man fires 13 rounds before putting the gun in his vehicle and grabbing a second firearm. He then fires another four shots before getting in the car and fleeing.

The incident happened on June 15 but the police department released the footage on Wednesday. Authorities said it began with an altercation in a parking lot.

“The maroon/burgundy Chrysler 200 with a paper tag exited onto Valley View Lane and the white 4-door BMW followed. The driver of the white BMW pulled in front of the Chrysler, exited his vehicle on Valley View and began shooting at the Chrysler 200,” police said. “Thankfully, no one was hit, but several vehicles, including an occupied vehicle, were struck by gunfire.”

Road rage violence has become such a concern in Dallas that the city’s police department is increasing law enforcement presence on local freeways and will take action against drivers caught committing aggressive acts.

A police spokesman told NBC News on Thursday that over the last year there have been 445 violent offenses motivated by road rage. The department does not have any data prior to 2021, the spokesman said.

Last month, a pregnant woman in Dallas was shot after her boyfriend got into a dispute with another driver near Great Trinity Forest Way and Murdoch Road. Police said the woman was struck once and her baby was successfully delivered at a hospital.

Police said in a June statement that “aggressive driving has become commonplace” and oftentimes leads to violence on the roadway.

“Many police departments across the country are seeing an uptick in road rage incidents. Dallas area highways have become increasingly congested and dangerous with more vehicles traveling at high speeds and more road-rage incidents being reported,” the department said.

In Fort Worth, authorities have increased efforts to target motorists who speed or drive recklessly, a spokesperson said Thursday.

“Typically these types of behaviors lead to a road rage incident,” the spokesperson explained.

The Lincoln Police Department in Nebraska said they have seen a more than 200 percent increase in the number of road rage violence this year compared to last year. The department said in a Facebook post that a majority of the recently reported cases involved guns and threats.

Authorities in Georgia have reported the same. According to local station WSB-TV, the Atlanta Police Department said most of the road rage violence they respond to involves gunfire.

A recent incident in Doraville, about 16 miles from Atlanta, involved a 25-year-old woman identified as Carmen Lee who was fatally shot while driving on Peachtree Industrial Boulevard. Authorities said they believe she was the unintended victim of a road rage attack and made a public plea last month for information that would help solve the killing.

Rugby League World Cup pushed back until 2022 after Australia pulls...