Nigerian journalist, Kemi Olunloyo has alleged that Davido’s fiancee, Chioma was denied US Visa 8 times, due to past criminal record. 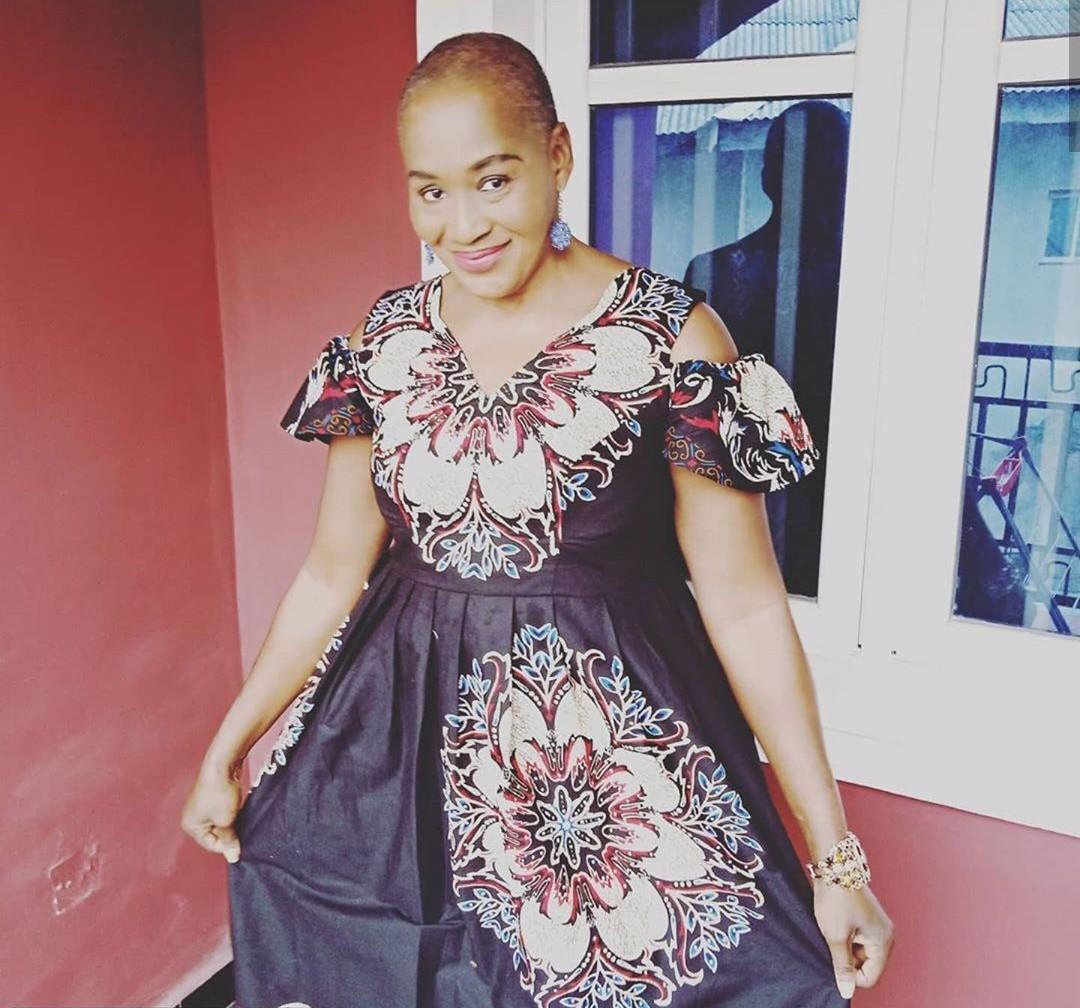 According to Kemi, the only way Chioma can only be allowed entry into the United States is if Davido eventually becomes a politician and applies for a diplomatic passport.

Kemi claimed that the mother of one has criminal record in the past which has hindered her from getting a US Visa. 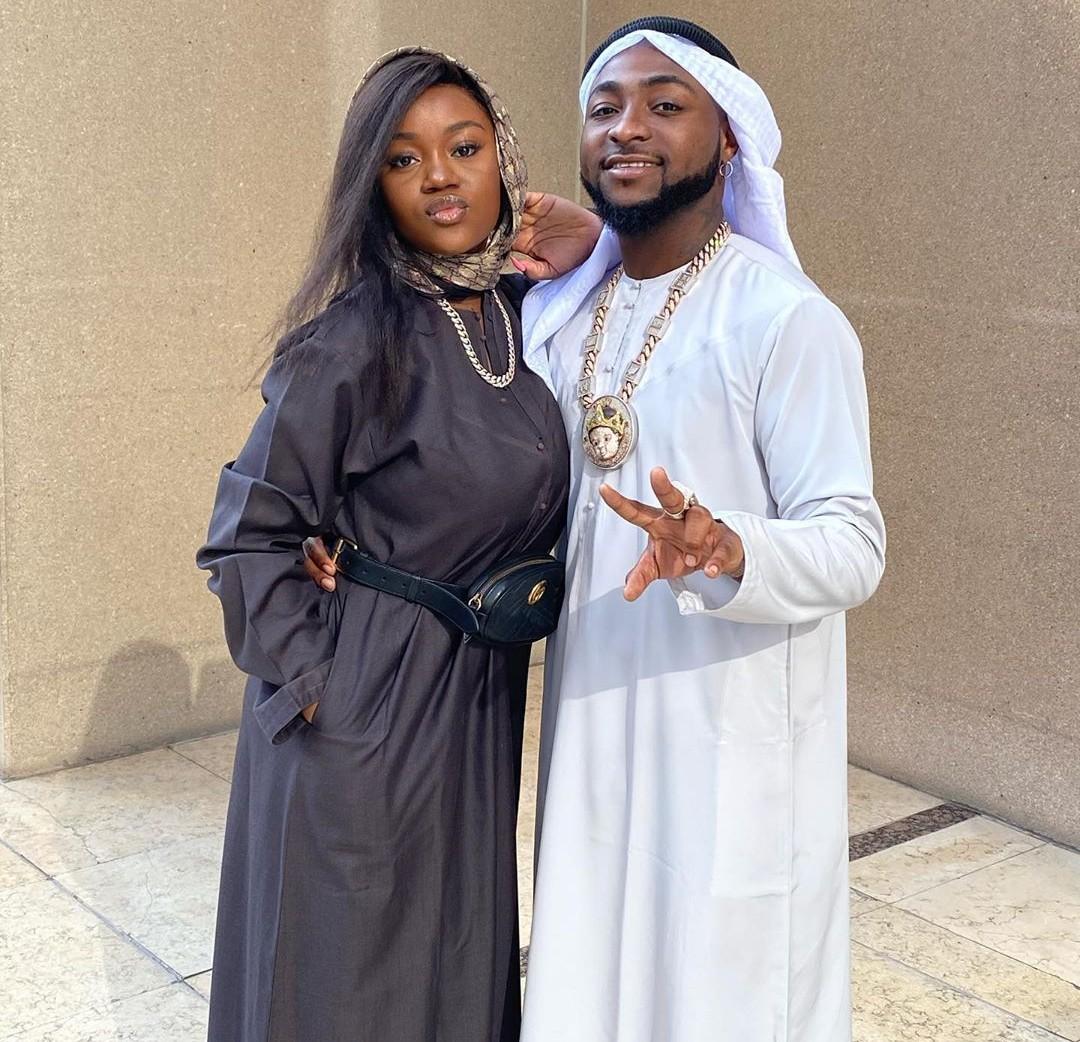 “Davido’s fiancé Chioma has been denied a US visa 8 times due to her past criminal record. Only way to get into America is with a diplomatic passport when Davido becomes a politician.” 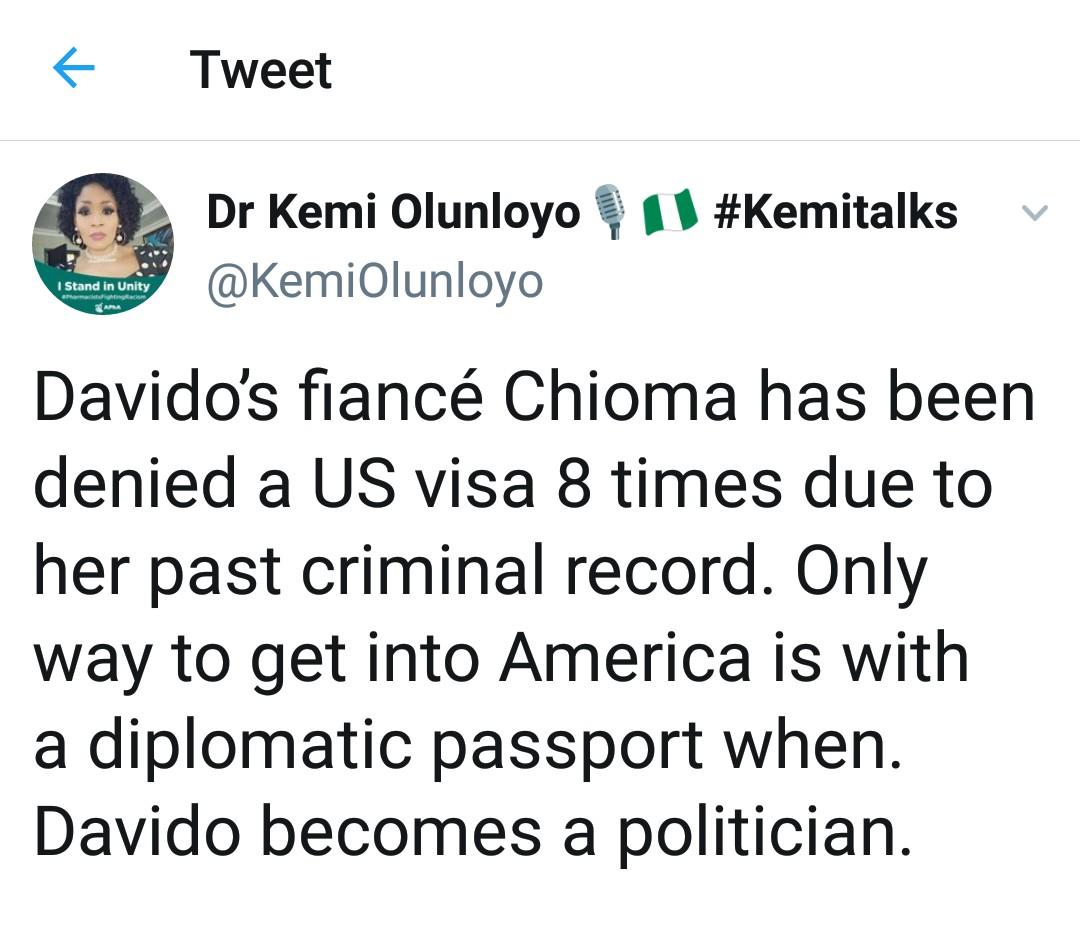 Simi opens up on the struggle of motherhood, getting bullied by her daughter

“Best gift a man can give me is business support, not a car”

Simi opens up on the struggle of motherhood, getting bullied by...