International music star, Davido Adeleke has recounted his lowest point in life when he was broke and without support. 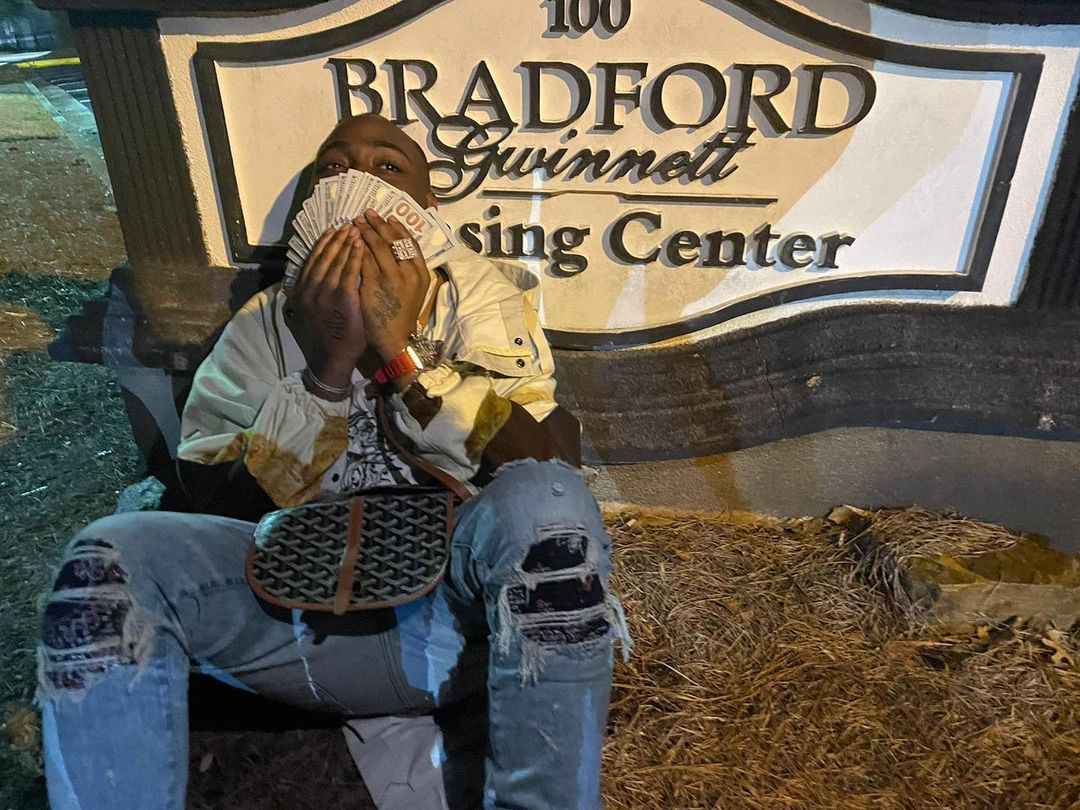 The 30 Billion Gang crooner made this known in an Instagram post after visiting his old apartment from 12 years ago.

According to Davido, he lived in poverty alongside his cousin, B-Red when all they had was dreams without a penny. 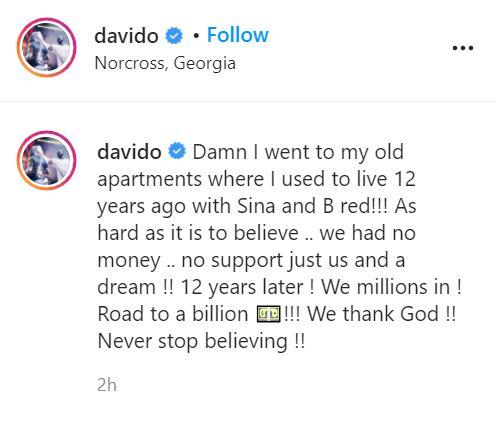