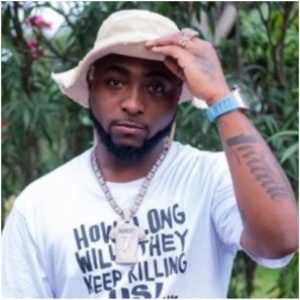 Newspot reports that the Independent National Electoral Commission at the wee hours of Monday declared the November 6, governorship election in Anambra state inconclusive.

The Returning Officer for the Gubernatorial Election, Professor Florence Obi made the announcement at the INEC head office in Awka, Anambra capital stating that there was no election in the Ihiala Local Government Area of the state. This came shortly after Obi, the vice-chancellor of the University of Calabar, announced the postponement of the governorship election in the Ihiala Local Government Area over alleged irregularities discovered in most communities in the council area.

Obi, while declaring the election inconclusive said “It becomes imperative to bring elections from Ihiala with other LG before valid declaration can be made,” She also added that the “Supplementary election in Ihiala to hold on Tuesday, 9 Nov 21 and collation will resume thereafter.”

Reacting to the development, Davido, via his Instagram story, expressed displeasure, whilst describing INEC as useless people.