Algeria’s forward Riyad Mahrez reacts after Ivory Coast scored their fourth goal that did not count during the Group E Africa Cup of Nations (CAN) 2021 football match between Ivory Coast and Algeria at Stade de Japoma in Douala on January 20, 2022. CHARLY TRIBALLEAU / AFP

As the Africa Cup of Nations heads into the knockout stages, the reigning champions are heading home early to follow a pattern set at recent editions of the tournament.

Algeria were unceremoniously dumped out on Thursday, Riyad Mahrez missing a penalty in a 3-1 defeat against the Ivory Coast before a delirious crowd in Douala as they finished bottom of their group with one point.

Djamel Belmadi’s team arrived in Cameroon on a 34-game unbeaten run and were naturally one of the favourites to win the title. Instead, the Fennec Foxes depart with their tails between their legs.

It has been notoriously difficult for teams to retain major international titles. No side has successfully defended the World Cup since Brazil in 1962, while Spain in 2012 are the only nation to have retained the European Championship.

In Africa, the Cup of Nations might be held more often and now features 24 teams after its expansion for the 2019 edition, but the reigning champions have a habit of stumbling at the finals.

Since Egypt won a third consecutive AFCON in 2010, only once have the titleholders made the knockout phase of the following edition.

That was Cameroon in 2019, but they were eliminated in the last 16. Egypt did not even qualify for the tournament in 2012, nor did Nigeria in 2015 after they won the previous edition.

Fans Show Up At Last 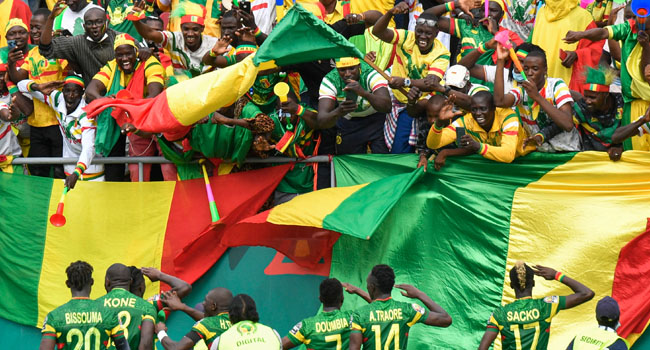 Mali’s forward Ibrahima Kone (2L) celebrates with teammates and supporters after scoring a goal during the Group F Africa Cup of Nations (CAN) 2021 football match between Gambia and Mali at Limbe Omnisport Stadium in Limbe on January 16, 2022. Issouf SANOGO / AFP

Ivory Coast coach Patrice Beaumelle was the assistant to Herve Renard when Zambia won the title in 2012 and he believes that has shown national teams across Africa what is possible.

“It is always difficult to successfully defend the title because it is a coveted trophy and when we won it with Zambia in 2012 that inspired a lot of teams as well,” Beaumelle said.

“Zambia was a great team but not one you would say would-be contenders to win every time. Everyone wants to go far and we don’t know who is going to win it.”

Since the tournament’s initial expansion to 16 teams a quarter of a century ago, whenever the AFCON has been held in North Africa it has been won by a North African team.

However, North African sides have often struggled elsewhere on the continent, with the obvious exception of the Egyptians who notably won in Ghana in 2008 and Angola in 2010.

Belmadi regularly cited the challenging conditions as a reason for his team’s struggles during their games in Cameroon’s economic capital Douala, where temperatures are high and humidity extreme.

After a disappointing start as fans stayed away in droves due to the coronavirus rules in place to attend games in football-mad Cameroon, crowds have increased markedly, with 30,000 in Douala to see Algeria go out. 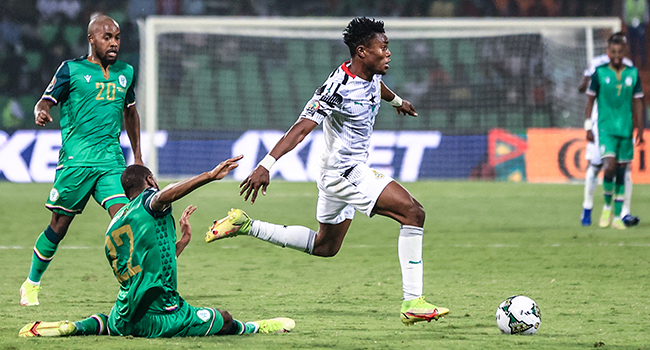 The knockout stages begin on Sunday with Nigeria — the only side to win all three group games — playing Tunisia in one of the ties of the last 16.

Cameroon, Morocco, the Ivory Coast, Mohamed Salah’s Egypt, and Sadio Mane’s Senegal are through too, but the expanded format has also allowed two minnows to make their mark.

In their first AFCON, the tiny Indian Ocean island nation of the Comoros beat Ghana and qualified for the last 16 as a best third-placed side.

Ranked 132nd in the world and with a majority of players hailing from the Comorian community in France, they play the hosts next.

Gambia are the lowest-ranked national team at the finals, sitting 150th in the world, and yet they qualified from their group with seven points.

“When I arrived in July 2018, Gambia had not won a competitive match in five years,” their Belgian coach, Tom Saintfiet, told AFP this week.

“There was no hope, the team was 172nd in the world. I said I was here to qualify Gambia and everyone thought I was mad.”

Now they face west African rivals Guinea, and their Liverpool midfielder Naby Keita, for a place in the quarter-finals.